Last Day-No Chance For A Lunker 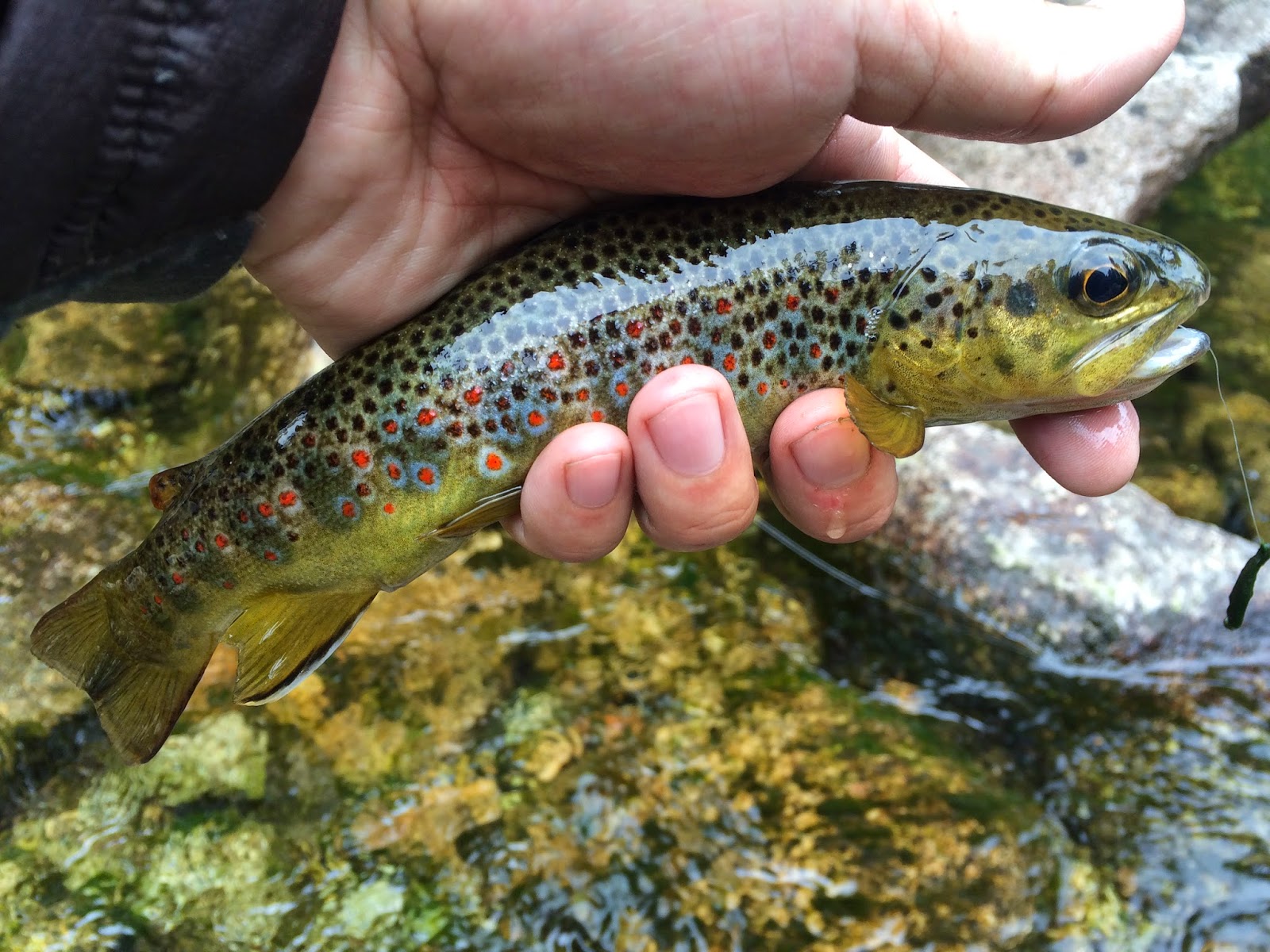 Having not attached our rain flies on our tents, we awoke to a few droplets of water hitting us in the face.  Throughout the weekend we had evening clouds but none ever produced any threat of real rain.  On this morning though that had changed and thunderstorms echoed in the canyon.  We broke down our camp and packed the truck.  The rain started the come down with more consistency so we headed to a nearby restaurant for breakfast to wait out the rain.  On one of the first trips Chul took with Tuck here, Chul had awaken in the middle of the night and saw a big black bear sniffing Tuck while he slept in his hammock.  Luckily Tuck was not harmed nor did he even know he was just about to be bear food until the following morning.  So I guess a little rain isn't so bad and it could have been worse. 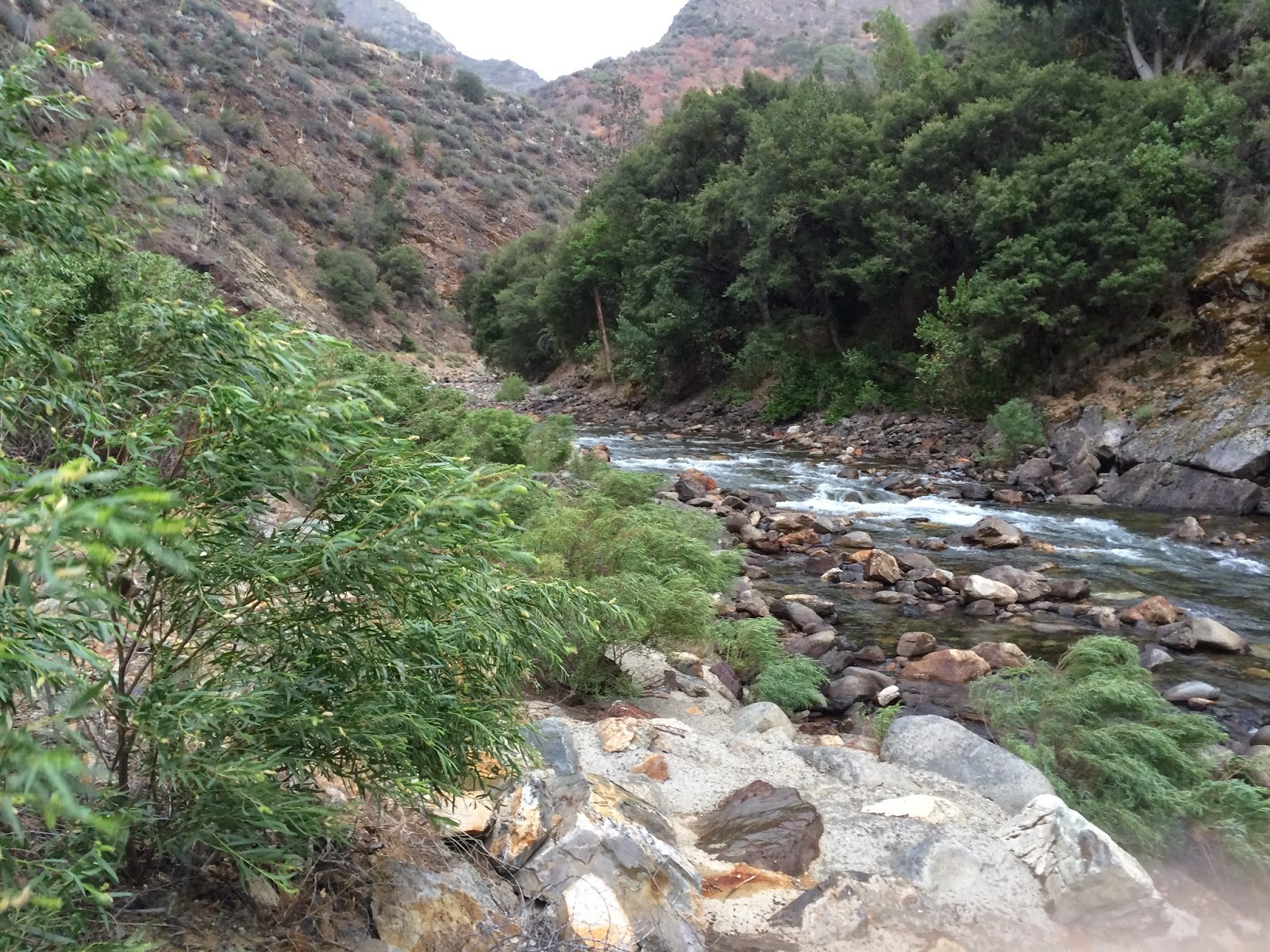 Coming to the conclusion that the bigger fish were not holding in the typical water, we had strategized the night before on how to approach these fish.    It was time to test our theory.  After about what seemed like eternity to get our food, we finally finished our meal.  By the time we left the restaurant the rain was still falling but now the wind had picked up.  It was really howling now, evidenced by this picture above (look at the bush at the lower right hand corner). 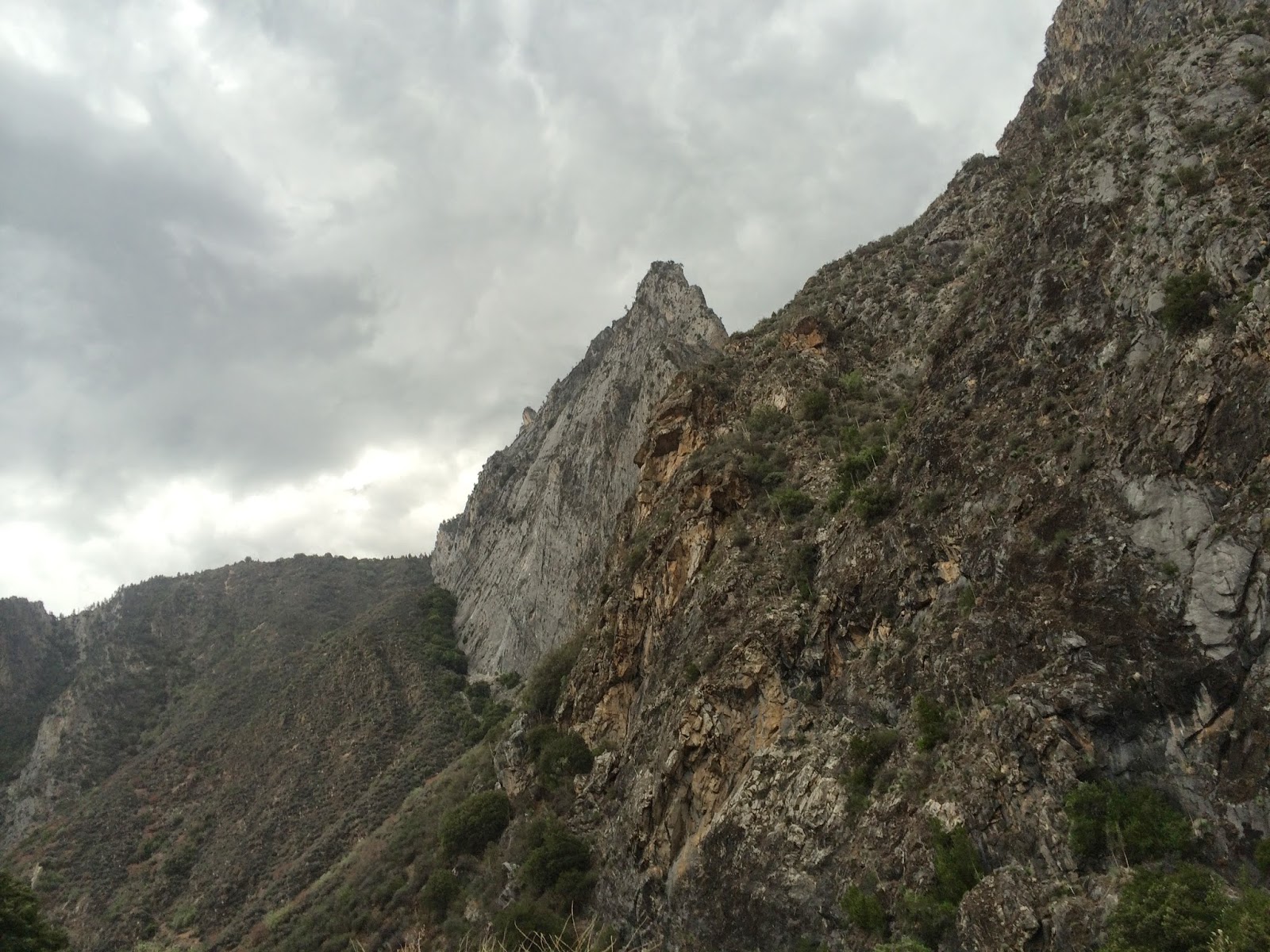 After attempting to fish our nymph rigs it became clear as day that fishing in such conditions would be futile.  So scrapped our plan and headed out of this canyon. 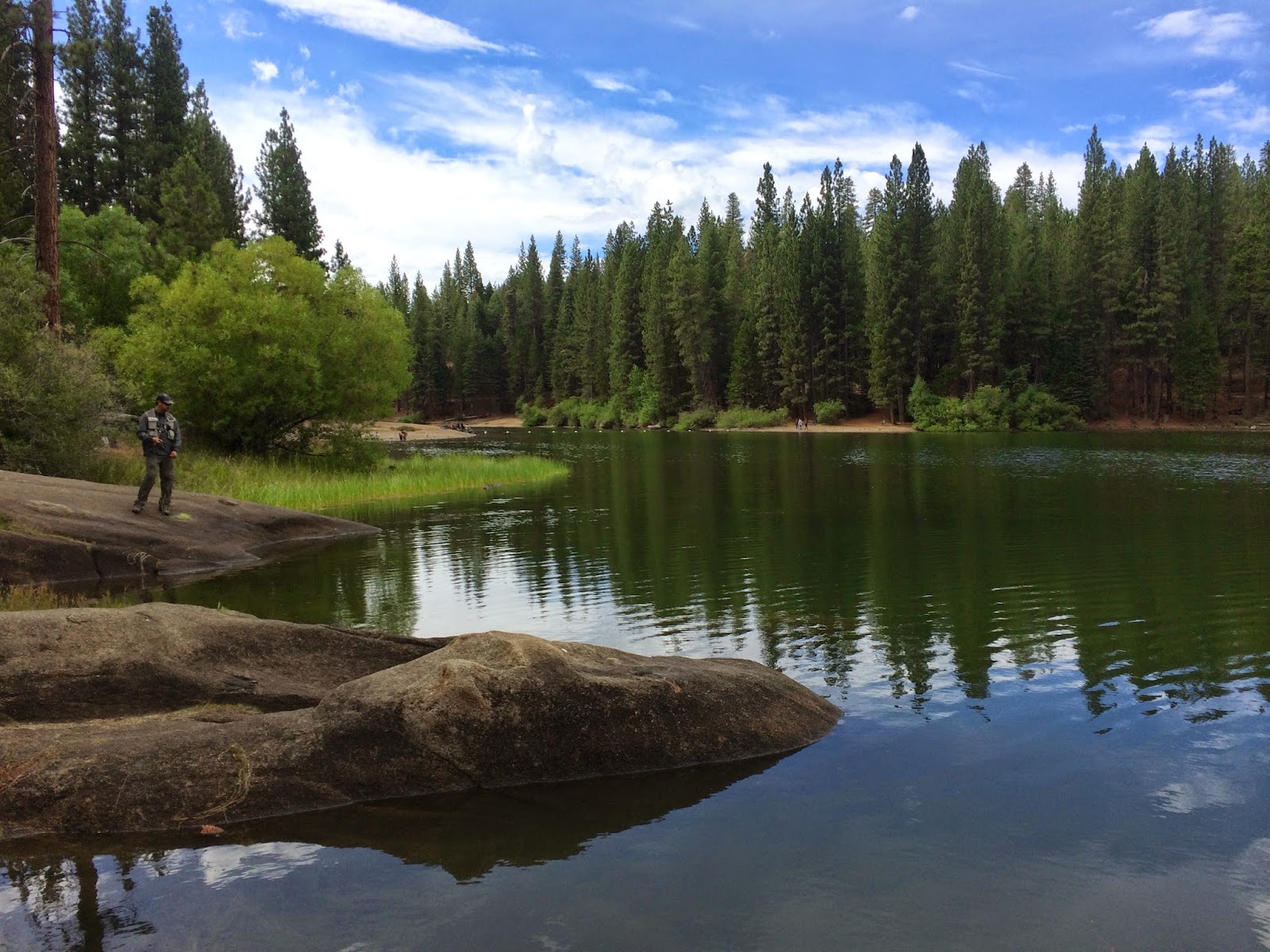 It was our intention to head home but we decided to check out a nearby lake on the way out.  The storm had passed this area so at least it would be calm.  Throwing streamers from the banks, we tried to lure a fish out but none were taking.  After about the second cast I was already over it.  Fishing stillwater from the banks is hardly my ideal of fun.  So we headed out and checked out some tourist attractions before deciding to check out a small creek. 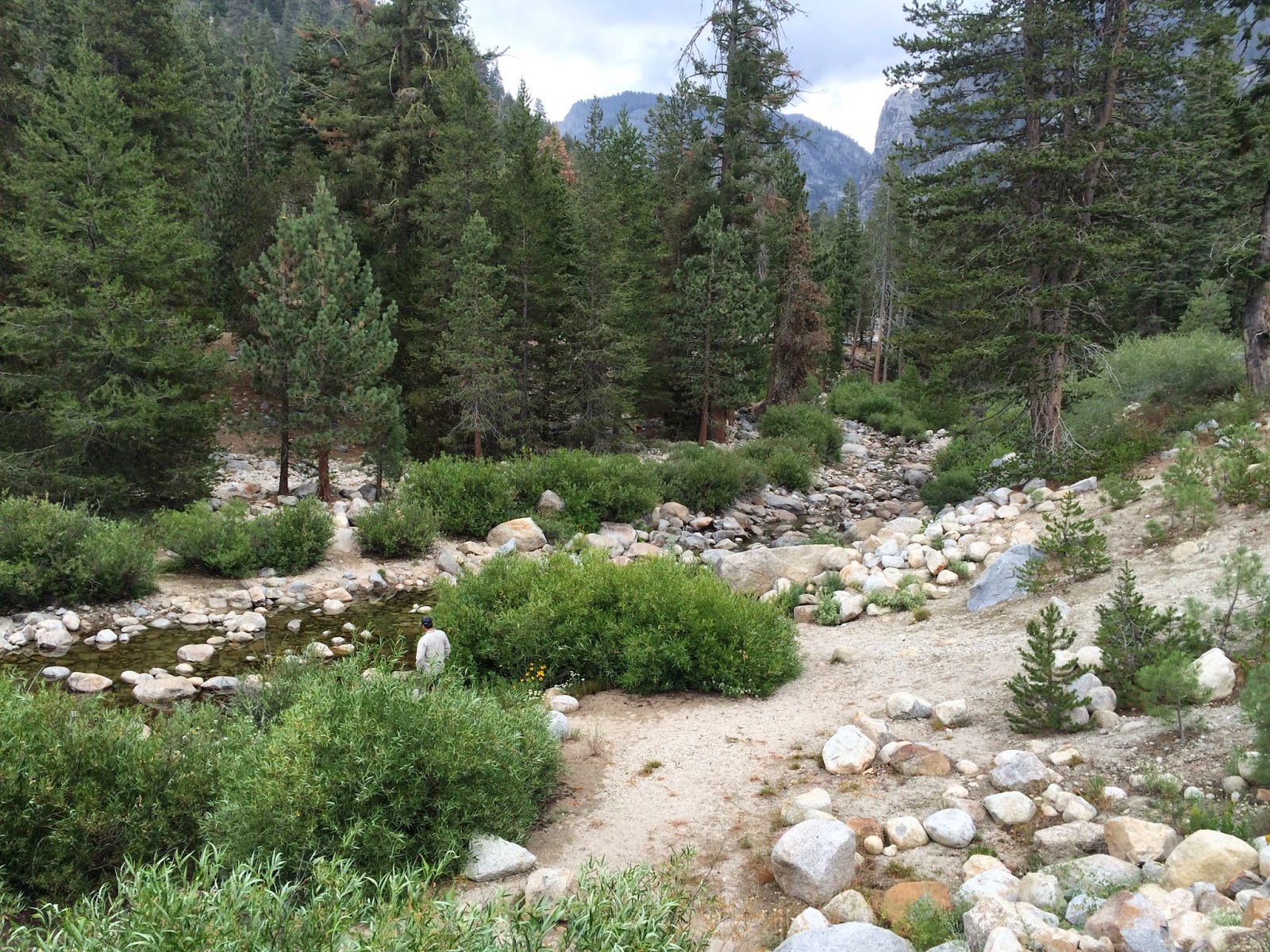 Neither of us had fished this water so we could at least scratch it from our list.  It was small water similar to our local waters so we weren't expecting much in terms of size. 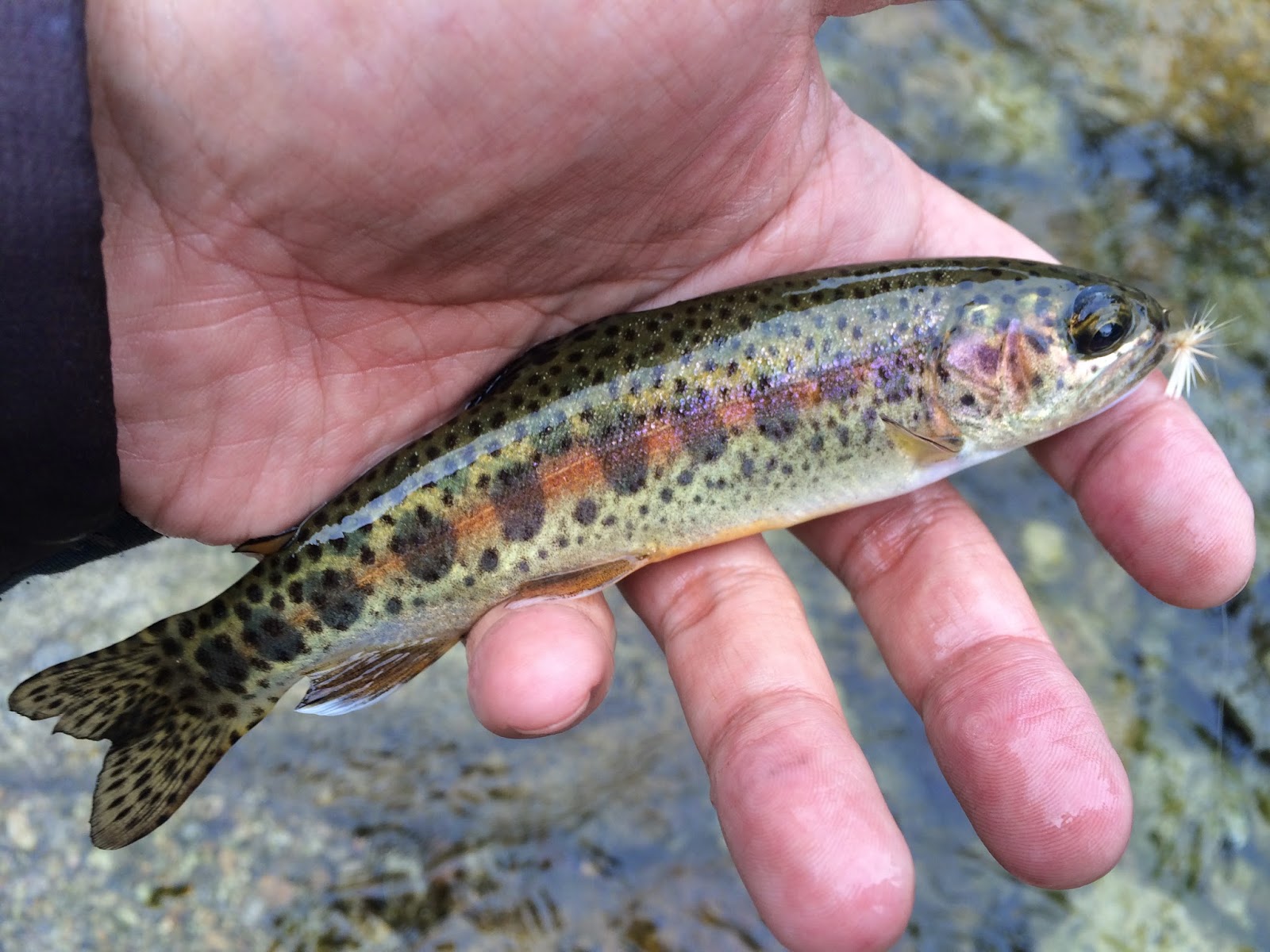 The fish were small but vibrant and at least willing to take a dry.  Armed with my Sage XP 5 weight I was completely overgunned.  I flung many fish out of the water while setting the hook.  I wished I had my 1 weight.  After several dinks I saw up head in a small pool an aggressive rise, I approached and made a relatively long cast and the fish took.  It was decent (for this water) brown. 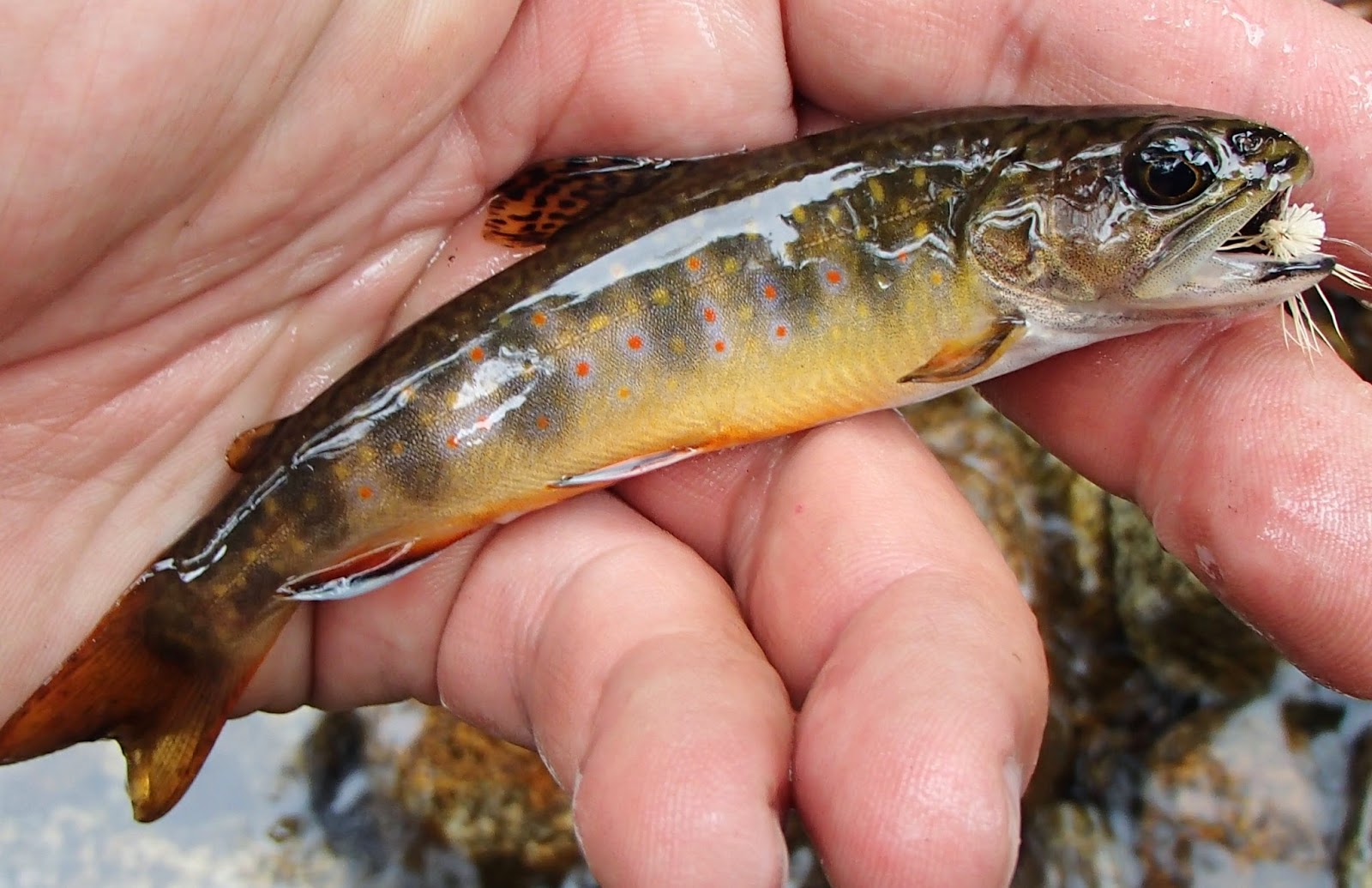 Chul managed a dink brookie, and after that I tried my best to get one myself but only rainbows wished to take my fly.  After little more than an hour or so we called the trip quits to head home slightly disappointed and let down.  Though we caught several fish, our expectations were greater with thoughts of 18 inchers and we still didn't have of itch really scratched but I suppose that is fishing.

Posted by gourmetsportsman at 9:31 AM