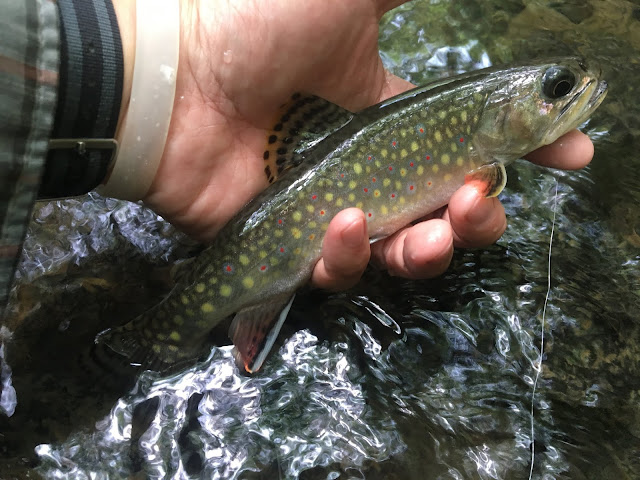 While this trip was a "fishing" trip, the trip itself was never really about fishing.  It was merely for old friends to hang out away from the kids and family, relax and have a few laughs and maybe come home with a campfire story to tell years from now.   Despite that it was still a fishing trip so when Kelly was struggling to get his first fish for the trip we decided to up his odds and hit a small brookie stream.  I wanted to do this anyhow as it's classic east coast fly fishing.  After getting some suggestions from Jona we headed to the creek, Roaring Run. 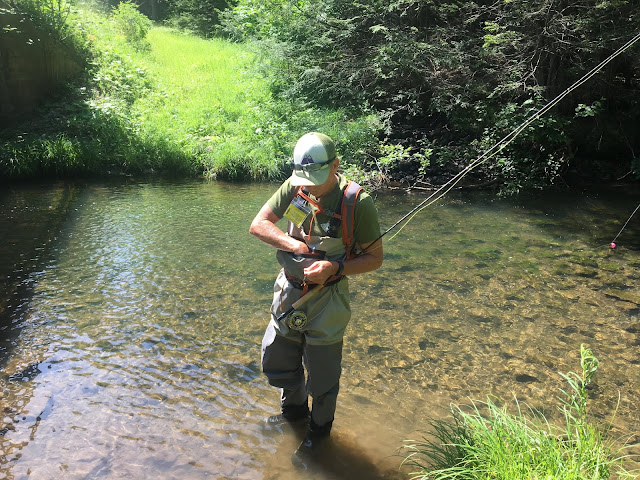 We drove up the mountain and began to set up.  It was a good time to whip out my Orvis Superfine 6 foot 2 weight paired with a Battenkill reel.  I'd say it was a nice pairing, East Coast fishing with an set up from an East Coast company.  It didn't take long for fish to rise for Joel and me.  Kelly struggled.  He hasn't fly fished since his teenage years while working as Montana ranch hand during his summers.  Also he didn't have a small creek rod so loading the rod at short distances as well as controlling line was problematic.  Joel would try and guide him for most of the time  and while he was getting fish to rise he was always too slow to set the hook.  This resulted in endless teasing from us for the remainder of the trip.  Kelly would see a gnat 60 yards away but failed to see a fish strike his fly 15 feet away.  As asshole friends always do, we didn't let him forget about it and continued to pester him about it. 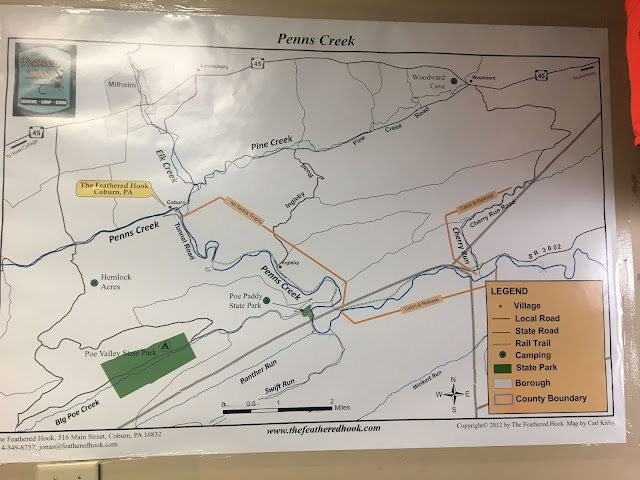 A few hours of small creek fishing it was time to head out for lunch and then to another river closer to Spring Creek known for bigger fish.  Wading here was a chore and took most of my energy as the banks where lined thick with vegetation.  The only way upstream was to hit the water and move up.  Wading proved difficult with swift currents and a slippery bottom.  I ended up taking a dunk a few types destroying camera in the process. 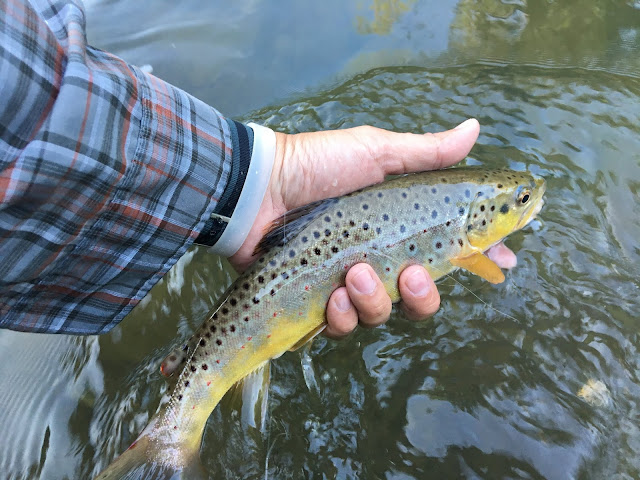 Afterwards we'd come back to Coburn and wait for the evening hatch at tunnel road.  We were told by Jona that we should have fished previous night as that's when all the action occurs.   As we were informed the night before this was magic hour.  Fish began rising.  It took me a handful of flies before I knew what they were taking.  At this instance it was BWOs.  Once I landed my first I screamed out to Joel who was fishing upstream of me to tell him to tie on a size 18 BWO.  In time my improved BWO stopped producing and I switched to a cahill and started getting fish again.  A few hours would pass and light beginning to fade we quit and headed back to the B&B. 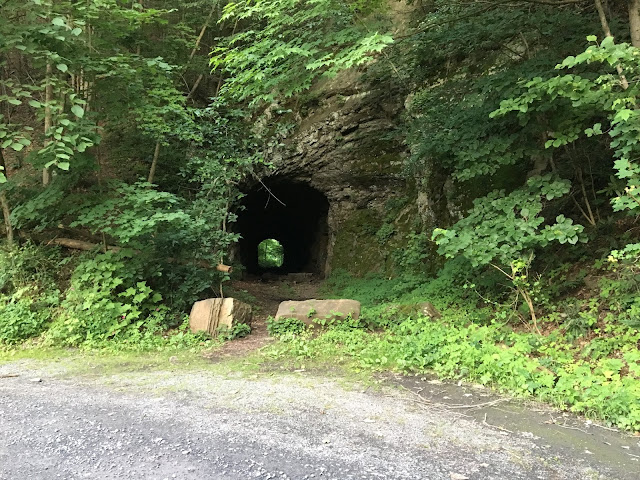 Posted by gourmetsportsman at 10:33 PM