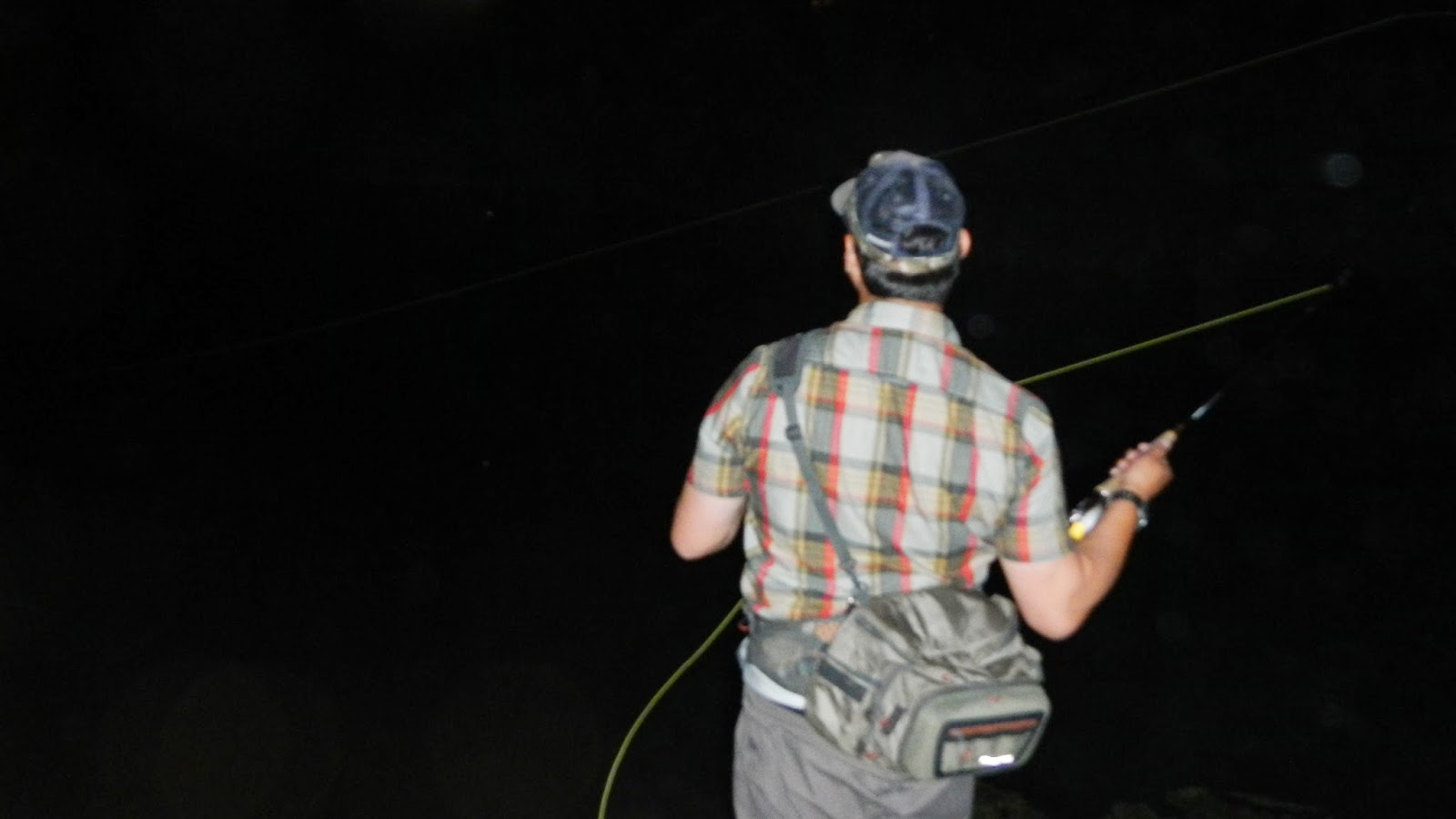 Considering today is a holiday and with yesterday's brutal day of two hours of sleep then fishing in nearly 100 degrees all morning, I chose to sleep in this morning.  When I awoke I found a text from Chul asking if I wanted to hit the local brown water for some popper fishing.  Apparently like a crack addict, he didn't get his fix yesterday.  I agreed to met up later tonight. 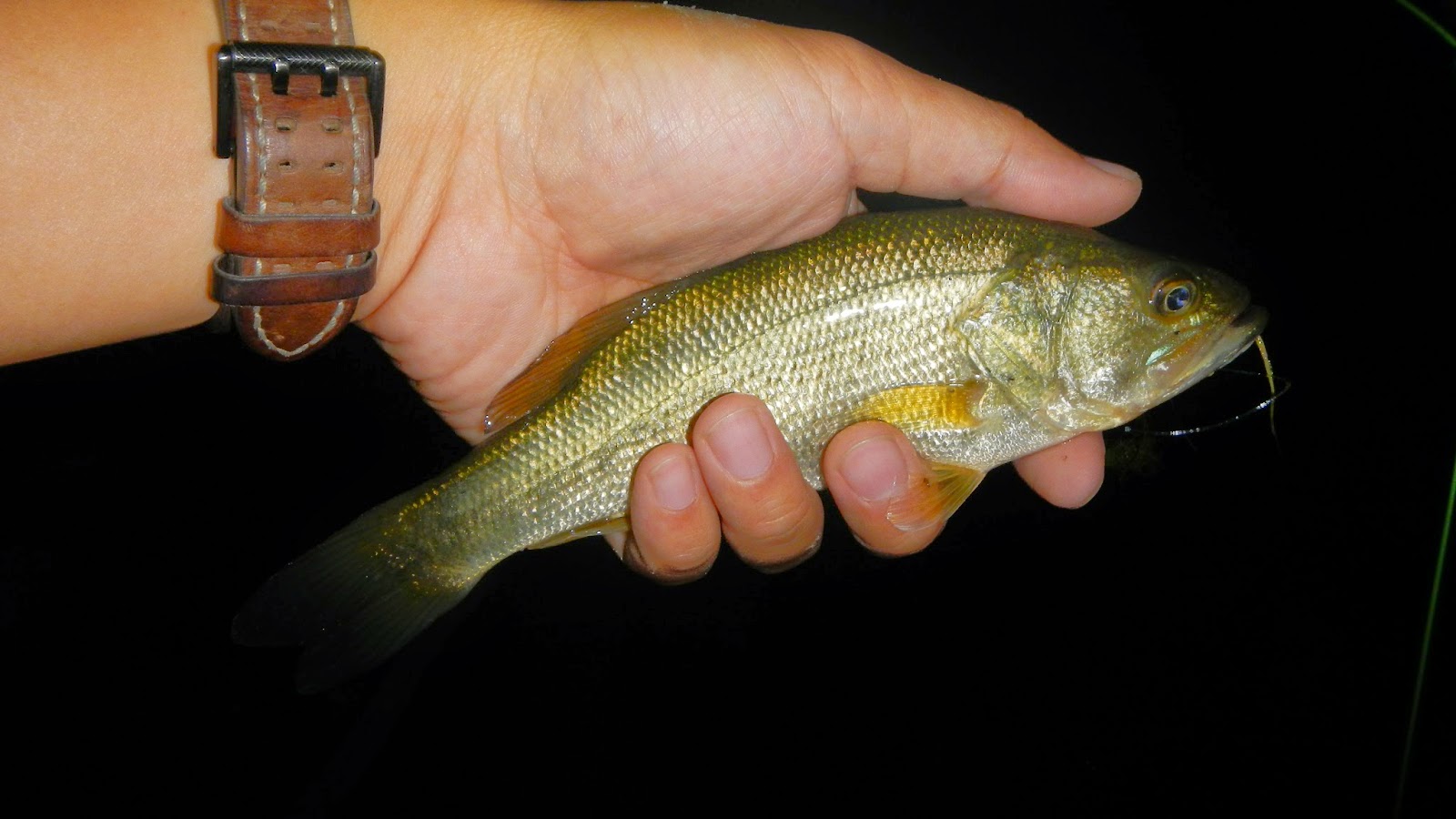 We met up just before 7 and headed off only to find a pair of fishermen at the hole I wanted to fish.  I believe we knew the two down there and I did not want to talk to those numbnuts so we drove to another section.    The river has changed so much since I used to frequent this place almost every other day and since I rarely fished it in the past year I wasn't too sure where the fish would be holding here. Immediately though I saw carp feeding and I switched over to a nymph but with the light fading it was difficult to see exactly which direction the carp were facing.  I couldn't get one so I switch my tactics to bass as originally planned. I managed only one juvenile that prevented me the skunk.  Chul was no so lucky. 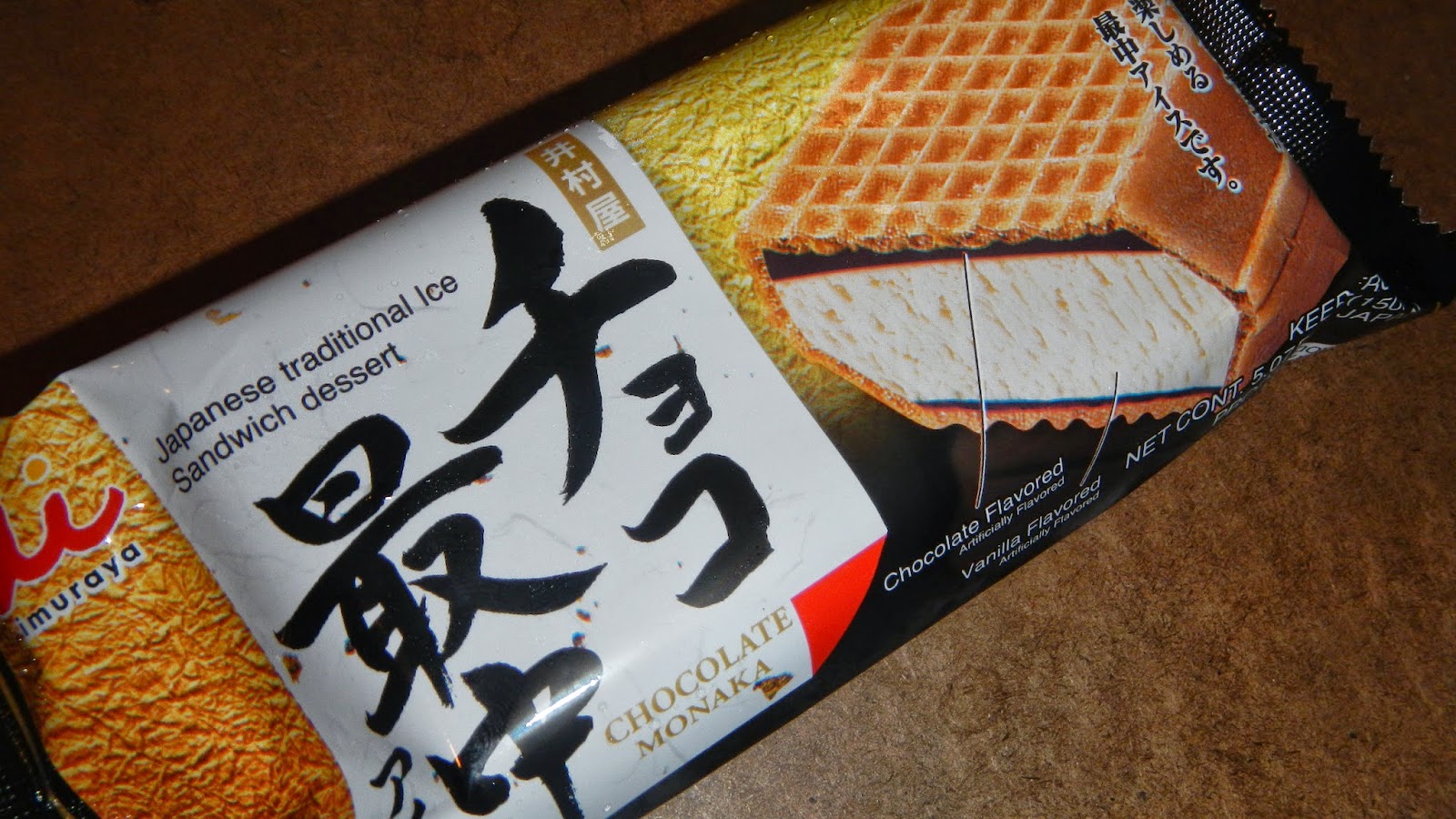 After about an hour and half of fishing we gave up and headed to the local Asian market just before closing for some ice cream.
Posted by gourmetsportsman at 9:58 PM