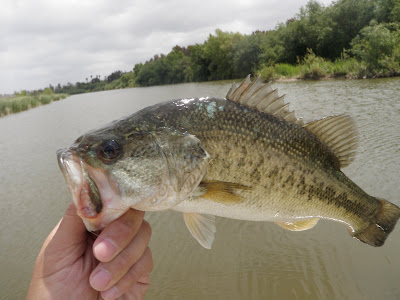 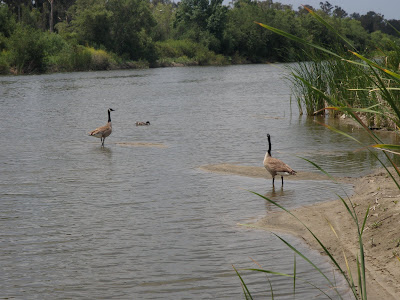 This was my third attempt at these local carp and I've still have nothing to show for my efforts. The water has cleared somewhat at least to the point where I can at least spot fish in slightly deeper water. Having the sun come out here and there did help for that though. I arrived at 10:30am and once I hit the water I began noticing carp. The first one was tailing and I managed to get a fly in its face and it refused. My next cast sucked and I spooked him. So I moved on to notice some cruising carp and others sunning. None wanted to take. I moved on and saw no other carp as I moved down stream. At the Bowman seminar I asked him if carp ever jump out of the water, he stated he'd never saw any. One guy next to me said he'd seen them jump. I've seen (more like heard) several jumps on this water before and today was no different. Although I've never heard of any bass ever inhabiting these waters, I had always wondered if a rogue bass ever made it way in this river. When I was pointlessly blind casting to practice my double haul, I heard a jump just behind of me to the left. Backcasting I plopped my tandem flies of clouser swimming nymph and San Juan worm rearward. My line quickly went tight and I set the hook. Noticing an outline I knew it was not a carp, I initially thought maybe its some sort of sunfish. After a quick fight I pulled and noticed it was a largemouth. I casted again toward the direction I was originally casting towards and after a few my line went tight again. Unfortunately my leader broke at the first fly and the fish was gone and so were mt two flies. I moved toward my car casting at a few spots and decided to call it a day around 12:30pm. Carp will continue to be my main focus on these waters but its nice to know there are other species I can target as well.
Posted by gourmetsportsman at 1:26 PM