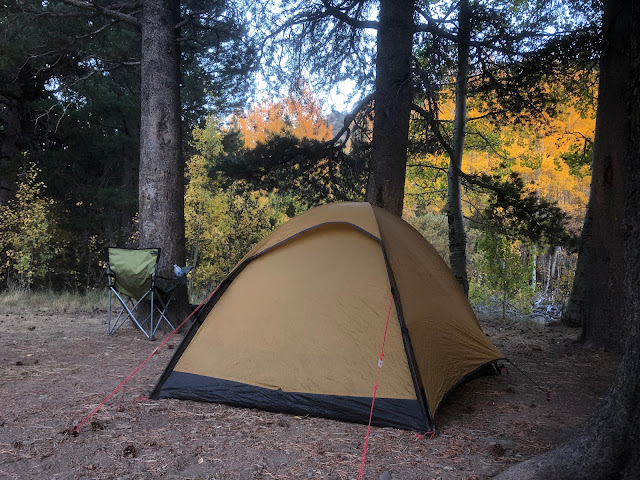 Looking for fall colors and we hit the sierra mountains.  The first day we'd try the upper for migrating lakers.  When we arrived le we rigged our gear I debated whether to wear waders or not.  The ambient temps were warm but I knew the water would be cold.  In addition other than the pair of pants I was wearing I did not bring another pair of quick drying lightweight pants.  So I was reluctant to get that one dirty.  So I put on the waders.  Next debate was whether to rig our dry fly rods and we opted to leave them in the truck.  Once we made our way half way to the river we saw fish rising.  At that moment we decided to head back to the truck and rerig.  I would also take the chance to shed the waders as it was hot as hell. 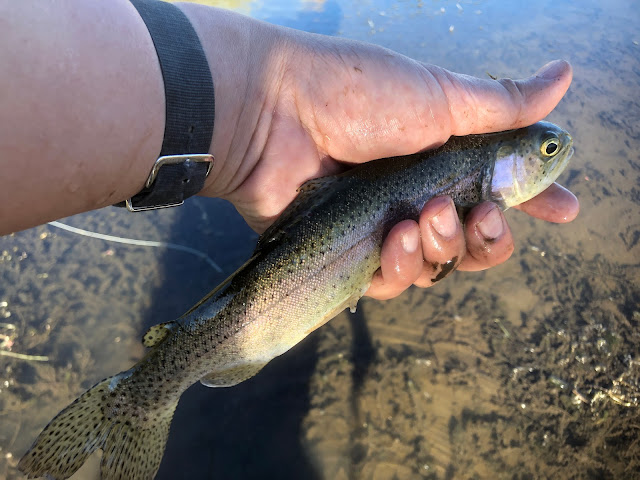 As soon as we hit the water we saw a dead cow lying stream side.  The scent of the decaying carcass would drift our way as we fished.  We managed a few resident fish on BWOs.  I was fishing a No Hackle I started to learn to tie months prior.  No fly was given me more frustration than that one and it took me more attempts than I care to admit to finally get the pattern down right.  Since it is a favorite of Mike Lawson for the Ranch section of the Henry's Fork I wanted several in my box for whenever I returned.  This day was my test day for the fly and like expected it performed.  The rest of the day it was rather slow once the dry fly action ceased and we switched to subsurface.  We'd see some lake-run fish in the system but while a couple were hooked none were landed.  We heading north to camp among the Autumn leaves to wake up early in the morning to fish with Shinto. 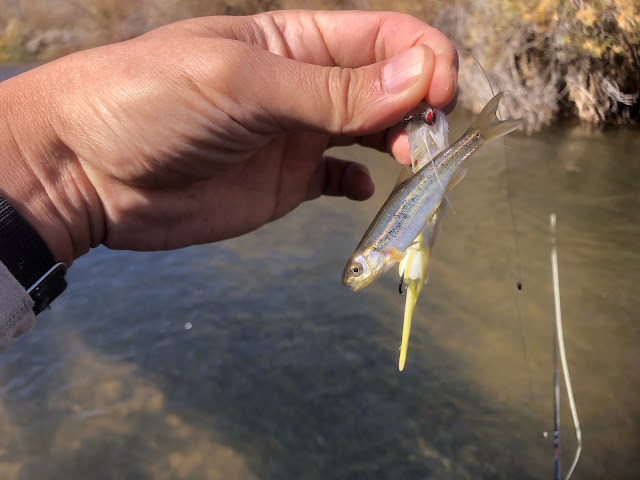 The morning was cold as expected and we got up before sunrise to meet Shinto on the water at the Toilet Bowl.  As expected that Animal was already on the water casting to fish before we arrived.  He only returned to his car to meet us as he broke his Euro rig.  We teased him it served him right and must be a sign.  We fished here to sunrise casting streamers.  We missed several and landed a couple.  We made breakfast at the parking lot to leave for the Nevada side.  Fishing was good there with fish caught on mostly streamers. 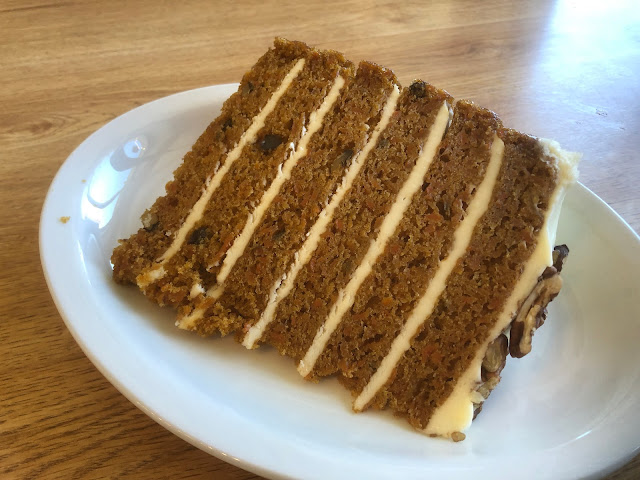 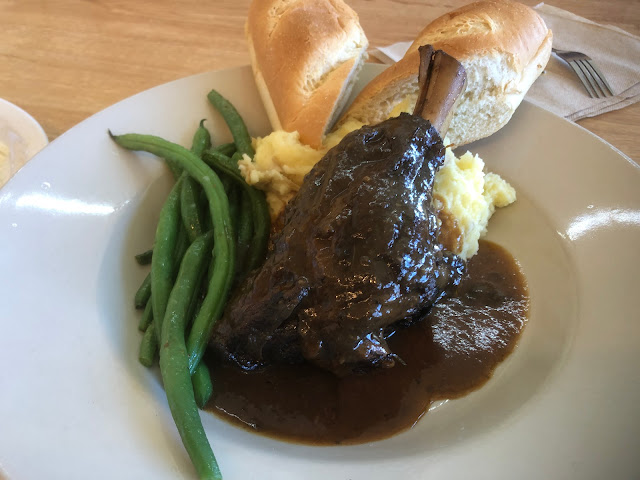 The next day we packed up and wanted to fish some easier options as we were tried from the beating we received the past two days.  We'd end up driving around looking for water but none of them proved worthwhile.  In retrospect we should have just drove around sightseeing the autumn colors.  On the way home we decided to check out the restaurant at the Tioga Gas Station.  Years ago my neighbor told me about this restaurant that served quality food out of a Mobil station and he said it was a bit over priced but worth checking out when your there.  I've always passed by it and all the times I wanted to try it it was closed for the winter.  On this day we decided to try it and it was good.  Pricing is a bit high but considering it's just outside a National Park and in the middle no where I'm not too upset about it.  Though the slice of $13 carrot cake was a bit excessive.  I ordered not knowing the price as it wasn't posted.  All in all the trip was decent.  Wasn't great but it was nice to get out.

Posted by gourmetsportsman at 10:34 AM