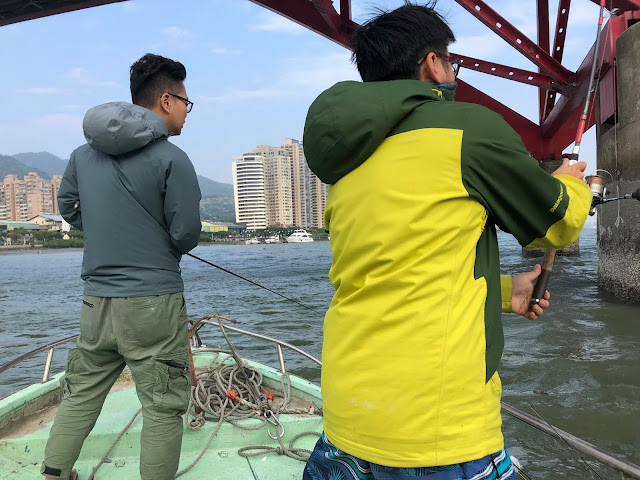 Peter and Liszt took me and another American out to try our luck on seabass.  Initially we hired a boat captain to take us out on his big boat.  When we arrive in the early morning to find out the boat was partially dry docked as he did not move the boat the previous night to account for the ebbing tide.  We took his small boat our instead.  It was without a fish finder and was too small to fish four.  Peter and I were dropped off under the bridge.  The day proved extremely difficult.  Out of four anglers only a mullet was caught.  I only managed a bump but no hook up. 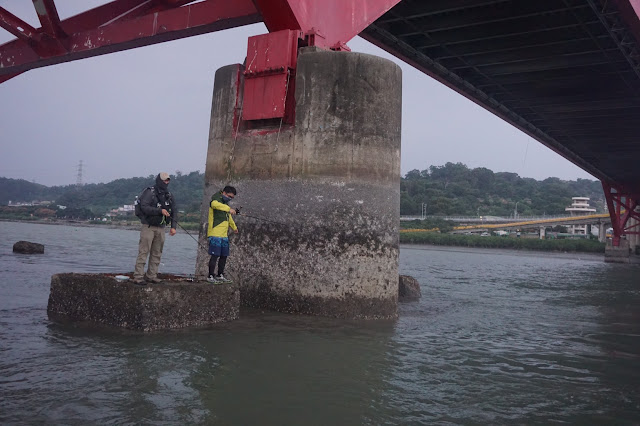