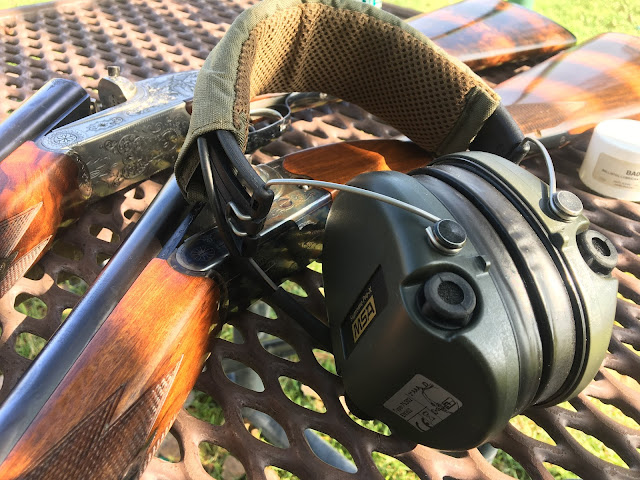 Recently I've upgraded my previous ear protection from a Pro Ears Pro 300 to a MSA Sordin Supreme Pro-X.  Sordins can be seen on the heads of special operation operators around the world, hunters, competition shooters and other industry professionals who need to protect their hearing. 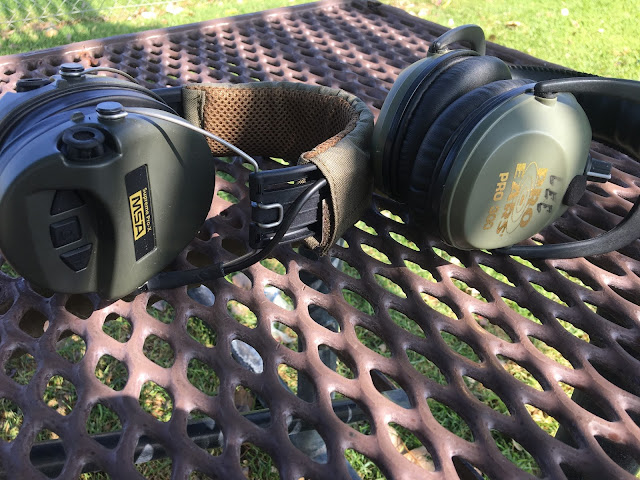 Unlike the Pro Ears, the MSA Sordin is completely weatherproof which is one of the main reasons for the upgrade.  I can wear these anytime in any weather environment whether at a training session, USPSA match, in the duck blind and not worry about the electronics being damaged. 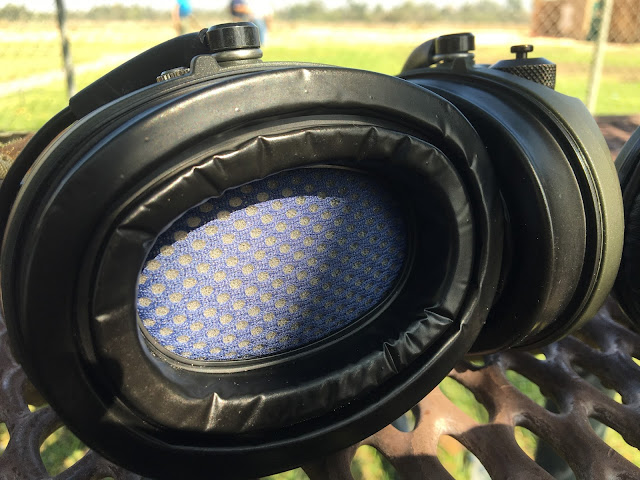 For added comfort I've upgraded to gel earmuff seals.  I've worn these several times now each time through three rounds of skeet.  Though I'd admit those session were somewhat brief only about 1.5 hours with the muffs on my ears but I never noticed them or experienced any discomfort.  I've not had the opportunity to wear these any longer than that since I've not shot any USPSA matches, nor have taken any firearms course which require all morning or in the later case all day wearing of ear pros in sometime now.  I guess I'll have to really put them to the test in the duck blind this season. 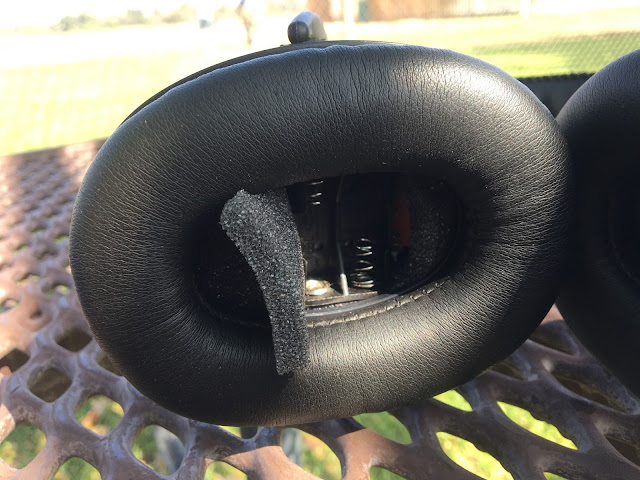 In contrast I have worn my Ear Pros all morning, most recently on my last dove hunt and all day while taking a training course.  They are comfortable but you do notice them after a few hours.  The muffs are foam padded and leather lined.  The leather tends to get hot and sweaty after some time.  The battery compartments are easily accessible by simply flipping down the foam flap within the muff.  Each ear (in this model) requires rather difficult (or should I say more difficult) to find N sized battery.  The electronics of each muff run independently so it requires 4 batteries are required to run the system. 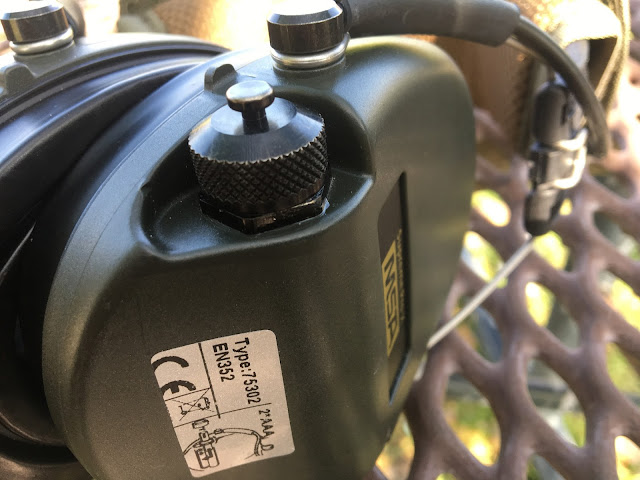 Only two commonly used AAA batteries are all that is need for the Sordins.  They are housed on one side of the muff, the compartment is accessible from a steal knurled nut.  Placing and removing batteries is more difficult in this unit.  It is recommended by some to carry some sort of rod such as a chopstick or plastic rod so easily remove worn batteries but with a manufacture claim of 300 hour battery life that may only be a minor issue.  Although during those times when I do not shot for an extended periods, when battery leakage is a concern, having an easily accessible battery compartment like the Pro Ears is a plus. 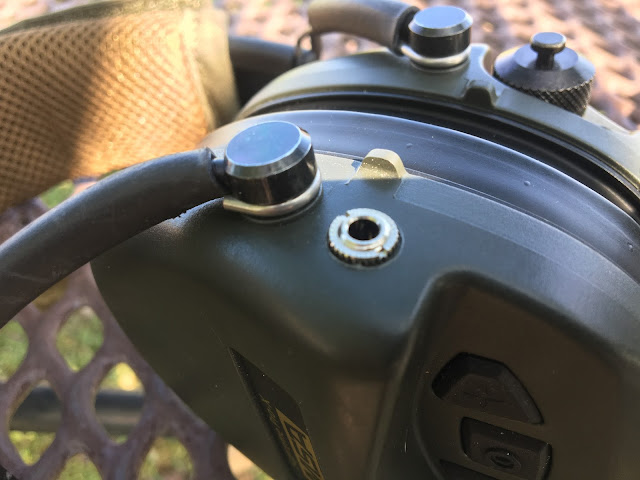 The Sordins are used by military elite units that require communication gear to execute their precise missions.  With that in mind there is a 3.5mm aux input for attaching radio equipment but for civilian applications this can be used to hook up your iphone or mp3 player or whatever you wish to listen to when in use.  A male to male cable connection is provided. 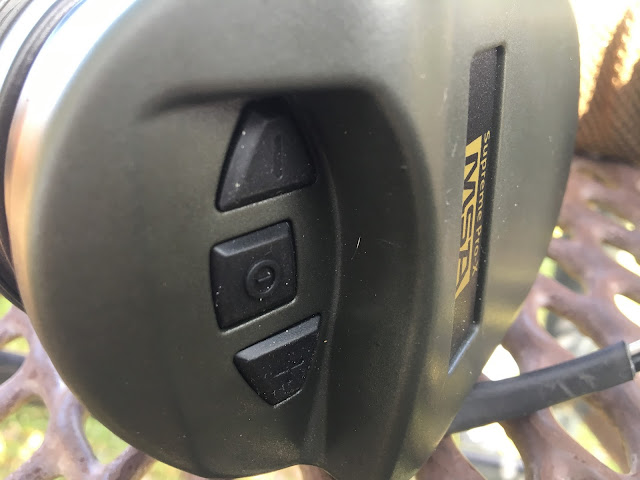 Three buttons are located on the opposite muff containing the battery compartment.  The outer buttons are for the volume control and the middle is the power switch.  Volume and power controls both ears muffs. One significant feature is the automatic shutoff after 4 hours of no button input especially helpful if you have a tendency to forget to shut off your unit or it is accidentally bumped on while in a field bag. 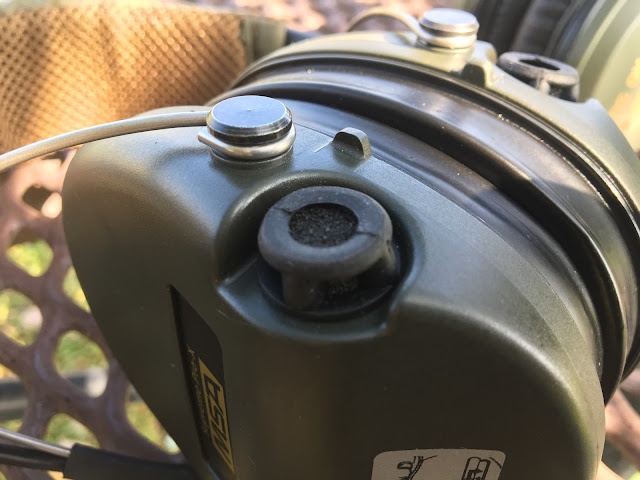 Microphones are fully waterproof.  Within the muffs, the circuit boards are also lacquered for added waterproof protection. 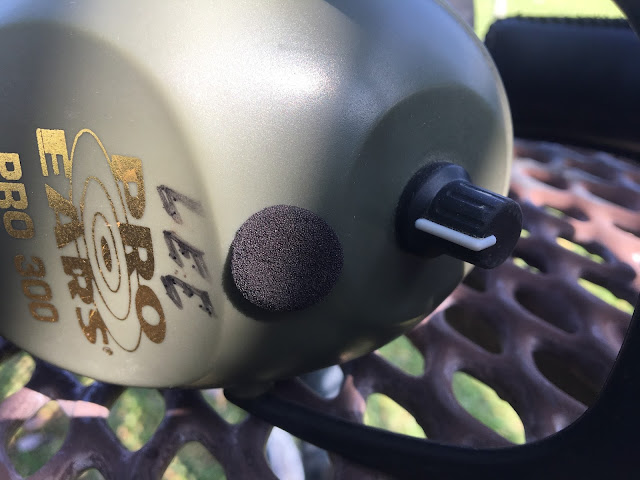 In contrast the Pro Ears have independent volume control on each ear via a dial.  You'll feel a positive click when you turn the dial on.  There is no auto shutoff in case you forget or accidentally turn the unit on.  The microphone is not waterproof so time in foul weather is not suggested. 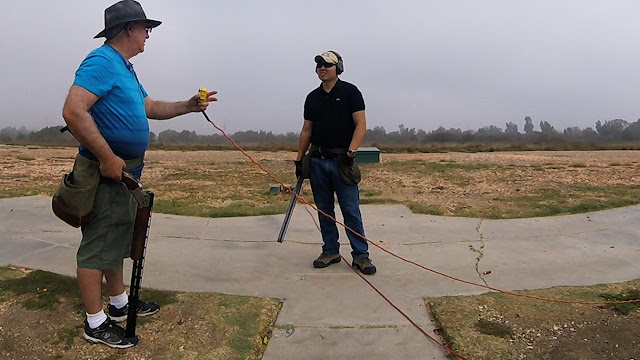 Both hearing protection are great units.  Like all things both have their benefits and drawbacks.  For the MSA Sordin:  The muffs are thinner, it is waterproof, it has a 5 year warranty, 300 to 600 hour battery life (sources vary, European sites claim 600 hours) with only two commonly used batteries, comfortable (particularly with optional gel cups installed), Made in Sweden.

Drawbacks of the Sordin:  Low (perhaps misleading) NRR rating of 18db (although this article addresses this concern here), batteries are not easily removed or placed in the compartment, the sound is limited to 82 dB(A) equivalent sound level but can not be increased.

Drawbacks of the Pro Ears:  Requires four not so easy to find N sized batteries (CR123 versions are available but even those batteries still are not necessarily available everywhere), each ear has independent controls that turn in opposite directions (so you may actually leave on side on thinking it is off), not waterproof.
Posted by gourmetsportsman at 7:06 PM