Additions to the Film Library

I wrote about Rainer Joesch some time ago when he made his first movie about hunting Cape Buffalo in the mountains of Tanzania (that post can be found here).  Since then he has made three more movies regarding the subject of buffalo hunting.  They have been out for some time but I finally picked up a two of the three.  I would have purchased part two but the retailer did not have it in stock.  I also picked up an Ivan Carter film as well, Sunset in Botwana. 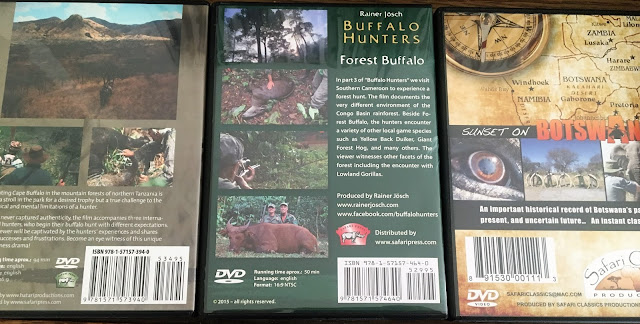 I've watched the two Rainer Joesch films so far and they like his previous film are amazing.  Most hunting films are, I'll admit, pretty lame.  Joesch's film are not.  They are filmed documentary style and the focus is not the kill shot, like in most films, but rather the whole hunting experience. When I have the time I'll do a full review of each film.  Stay tuned.  Check out the trailer for Part One:

Posted by gourmetsportsman at 11:09 AM