"We Are Not Leaving This Canyon Without A Fish" 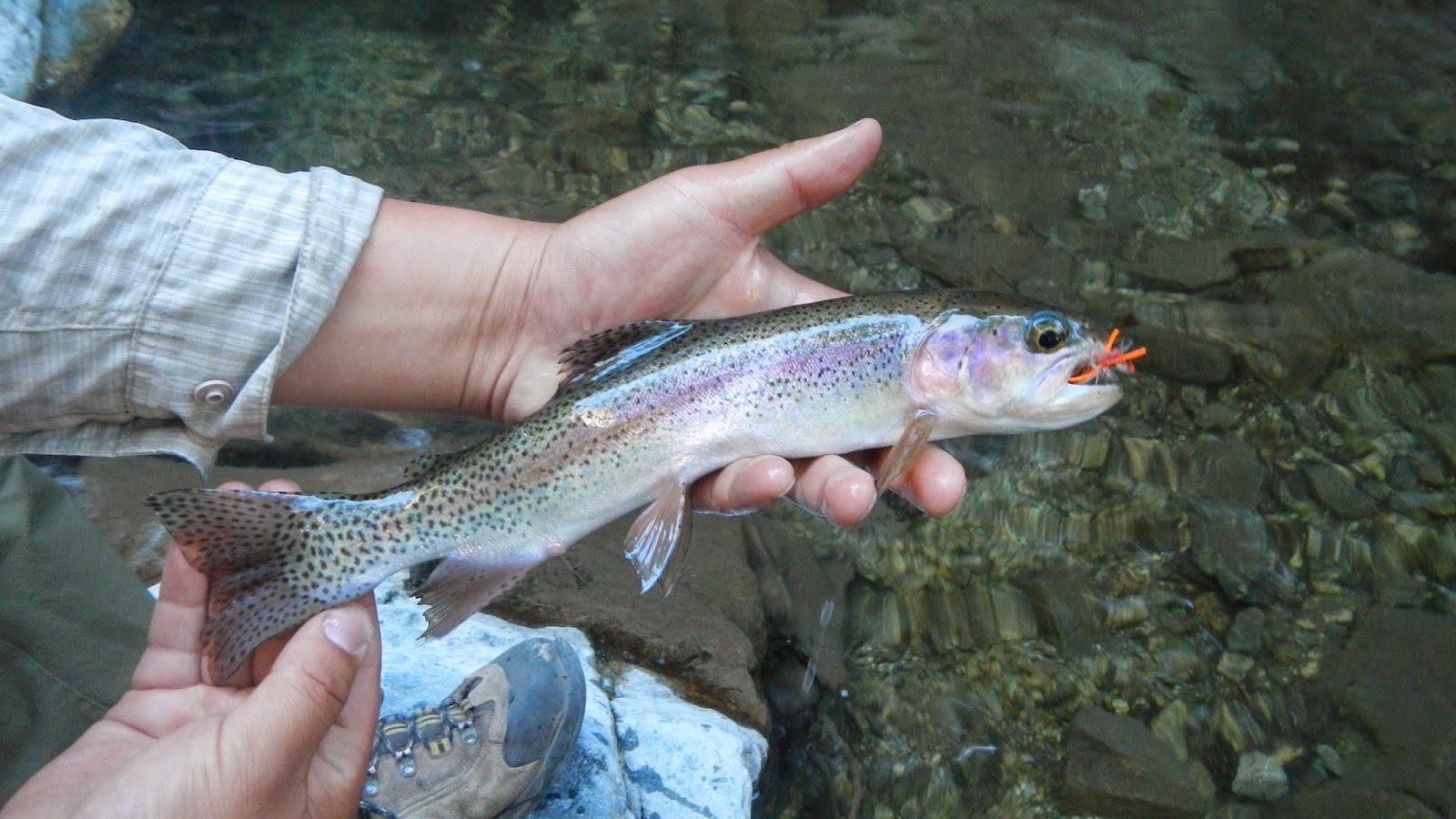 Last weekend Chul checked out our favorite local watering hole and found that in one section, fish despite the low water conditions were still somewhat thriving.  So after work we decided to check it out further up.  For whatever reason I was not myself.  I simply could not keep up and was fatiguing way too fast.  With temperatures high and since it was already past 2 PM, we decided to checkout out the lower sections. 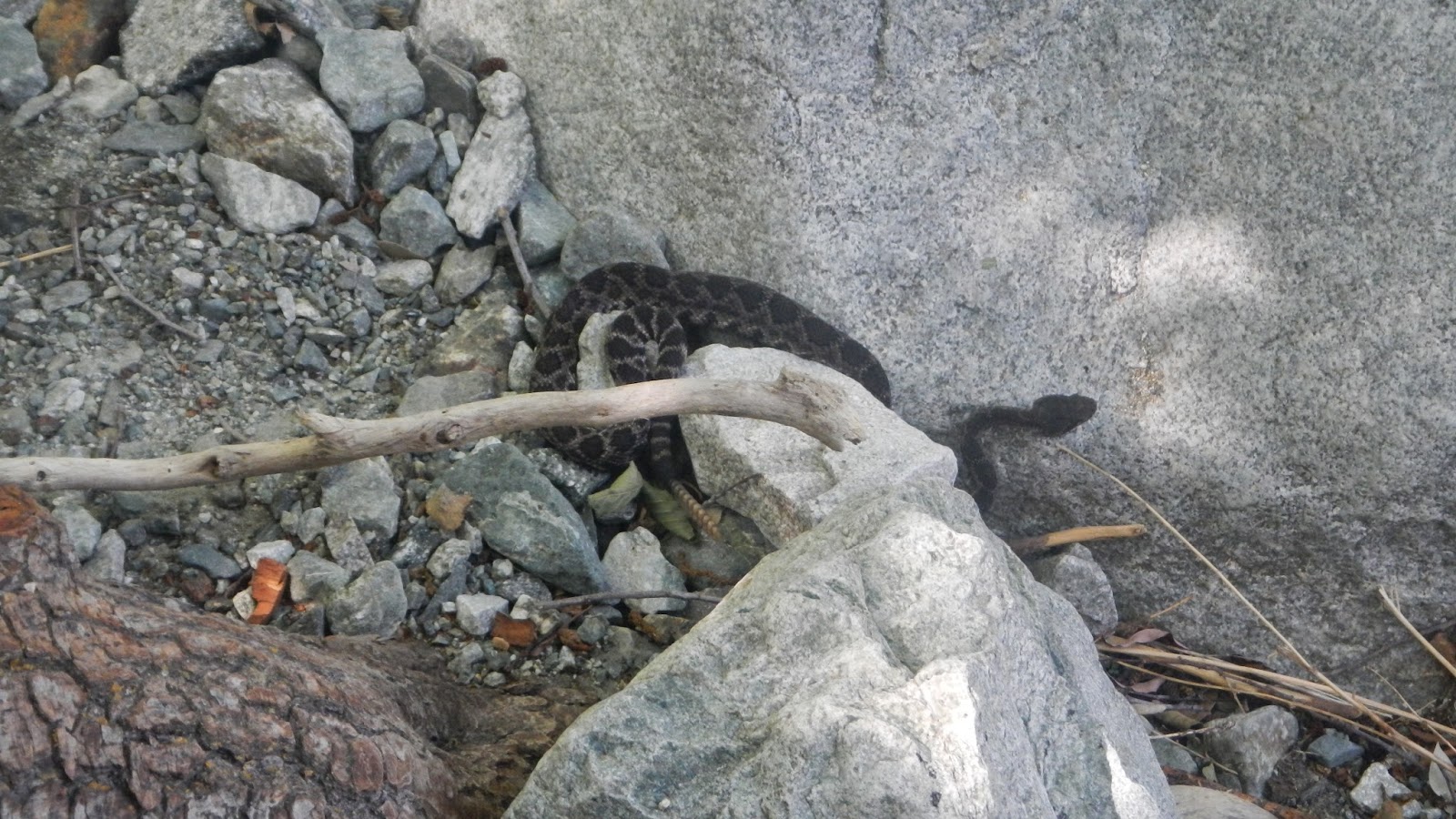 On our way in we ran into a pair of Fisheries Resource Volunteer Corps members and chatted them up.  They believed that maybe a grow site upstream as the lower section was covered in algae, most likely from fertilizers.  We left them and headed to check out the lower section. 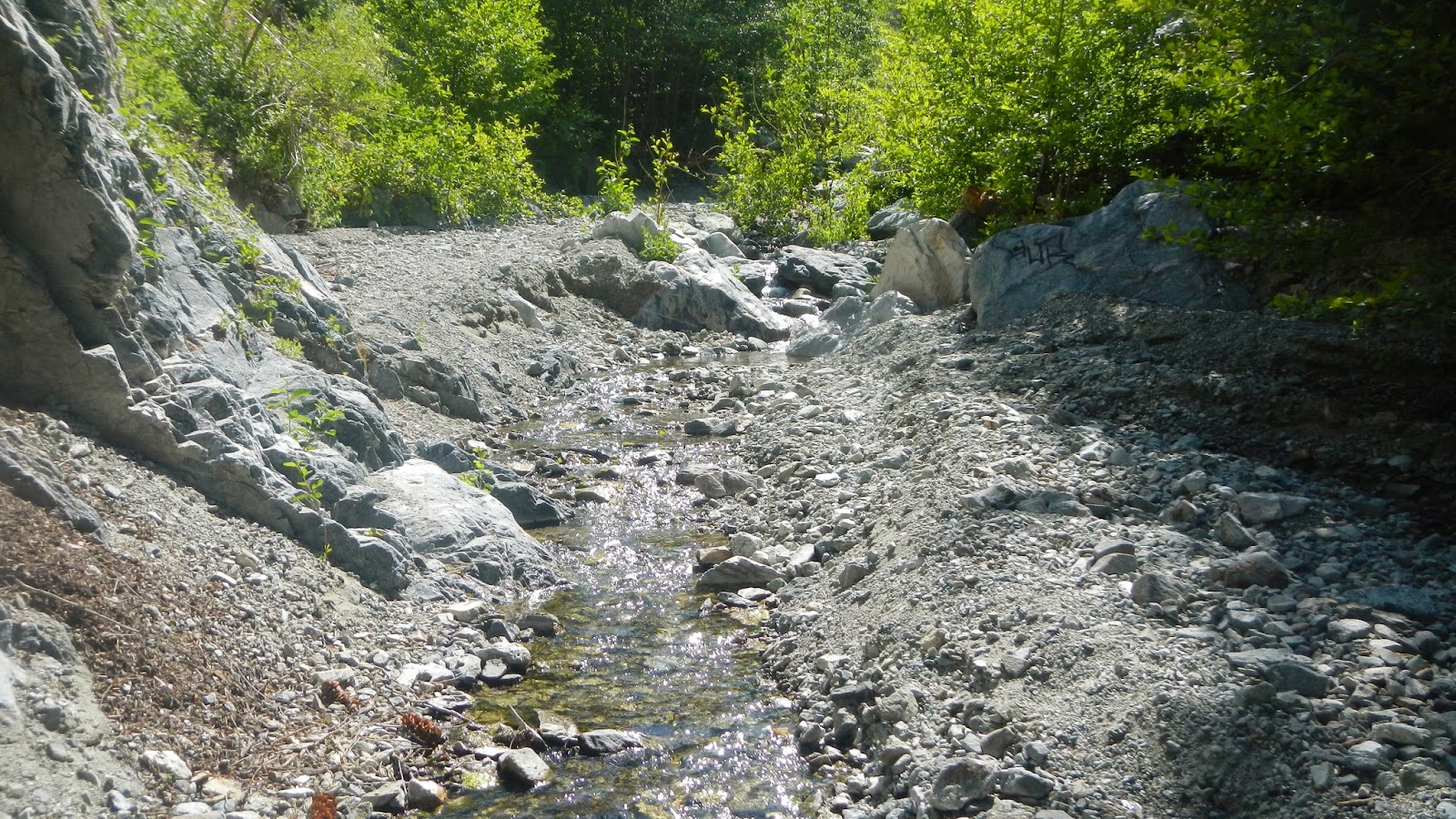 The lower section was low and the large fishing holes were all blown out from the last storm.  On the way upstream we found two rattlesnakes, one baby that was stream side and another fully grown adult.

I came across this rattler when we bushwhacked our way to the trail.  The adult was coiled up hiding under a boulder.  I could only see its profile but I knew it was big.  It was at least 4 or more inched tall.  Our intention was make it back in town by six but as we wasted too much time exploring the lower.  Despite having little energy in the fuel tank, we decided to head to the headwaters where Chul knew the fish were holding. 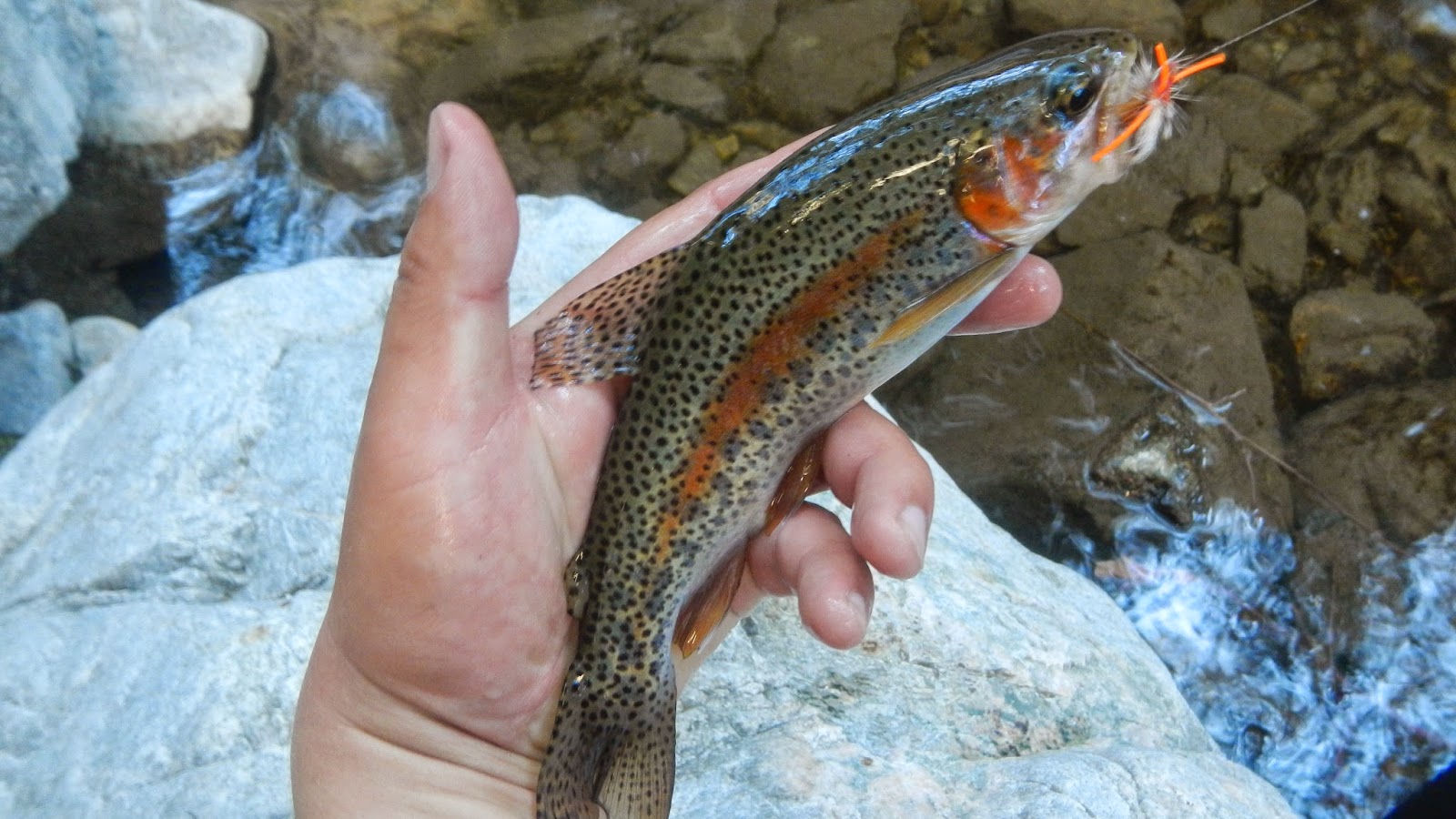 Because of my low energy it took longer than usual to reach the upper sections.  When we reached it I saw a group of three college aged boys that at a distance looked as if they were fishing.  As we approached them we noticed that they were trying to spearfish these precious and vulnerable trout with makeshift wooden spears.  Chul rightfully lectured them as they crossed a hole I was fishing.  What a bunch of numbnuts who watched way too many "survival" TV shows.  Idiots.  They left and we hoped they did not ruin the few large holes left.  Apparently these dipshits did not spook the fish.  We managed several good fish with Chul having the best and most fish of the day.  Unfortunately the best fish of the day, a healthy 12 incher was lost when I tried to help land it and it flopped off the line.
Posted by gourmetsportsman at 11:00 PM