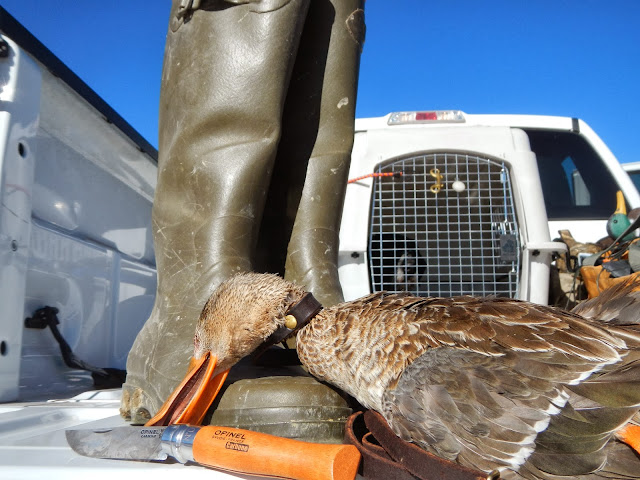 With Ed on holiday for the next few weeks, we were able to check out on of our local wildlife areas in the hopes of taking some waterfowl.  Ed brought along his son, Kyle for the adventure.  Instead of trying to kill ourselves waking up early to sweatline it, we decided to try our luck with the refill line. 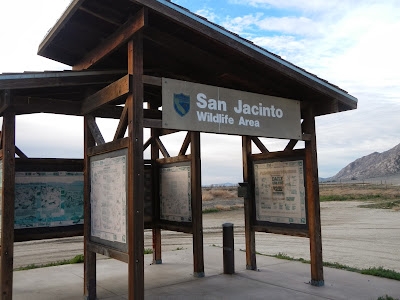 Ed picked me up at 7am and we headed off to our destination.  When we arrived and signed in we were 32nd in line.  We were offered blind A1, a not particularly desirable location but since Ed needed to be home by 3pm, I thought it prudent to take it and try our luck.  The blind is deep and requires a dog.  It hunts well in the morning but once the sun becomes high it becomes less productive. 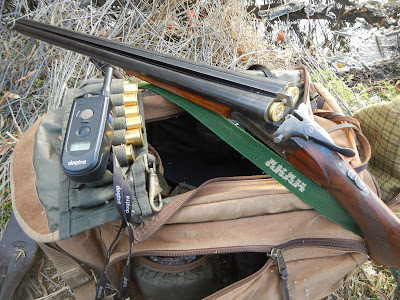 When we arrived at the pond we made our way to the blind spot, we flushed two redheads out of the thick stuff.  Of  course our guns were slinged and unloaded so we did not even get a chance to take a shot.  It would have been a perfect shot within easy shooting range.  I've never seen a redhead in the wild so I was pretty disappointed that we didn't even have a chance to take them. 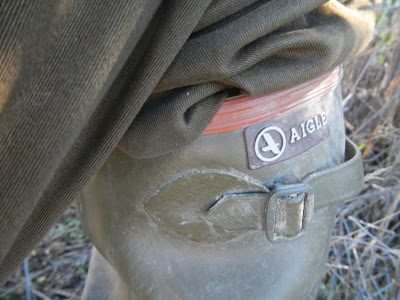 Our blind location was less than ideal, our faces were directly in the sun.  This caused at least one lone flier to flare before we could get a shot off.  Kaiser is a terrible blind dog.  He lacks the patience and simply wants to hunt.  Forcing him to sit and wait is simply torture for him.  So after several hours of waiting I let him run around.  He ended up in the water in the thick stuff behind Ed and Kyle.  While he in there he flushed out the couple dozen coots and the lone teal hiding.  Of course when it flushed out I had my gun broken and laying on my shoulder.  Ed was too late to notice it for a shot.  That hen teal was sitting there for several hours unafraid of us the whole time. 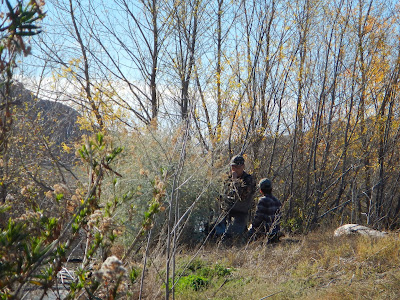 Kyle was getting impatient so I told him to come over to me and I handed him a crappy Haydel pintail whistle that's been in my duck bag unused for years.  Unlike a lousy duck call, a whistle won't spook waterfowl so I let him keep his mind busy for at least a while.  I told him to tell his dad to teach him how to blow it properly. 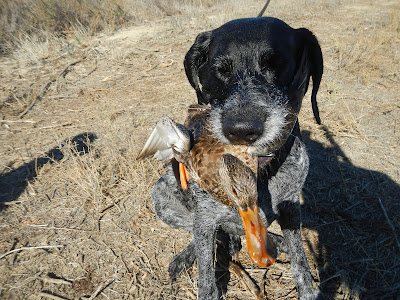 Around 11 we saw a trio of ducks in the distance.  Two flared away and the single came toward our pond.  Ed and I shot at about the same time and we dropped the bird.  It turned out to be a hen shoveler.  Not exactly a premium bird but at least the dog was able to have some fun and retrieve it and Kyle was able to see some action. 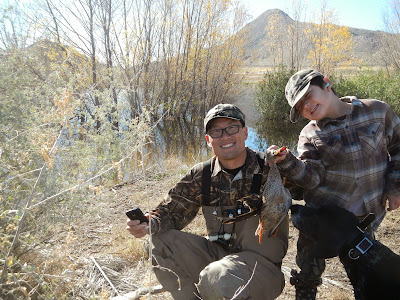 We ended the day sometime around noon and headed home.  It was a ridiculously hot day for waterfowling.  I believe it was around 78 degrees but such is hunting in SoCal.  Not exactly what I was hoping for but at least we had a good time.

Posted by gourmetsportsman at 7:46 PM