Last Day To Use My 2013 Fishing License 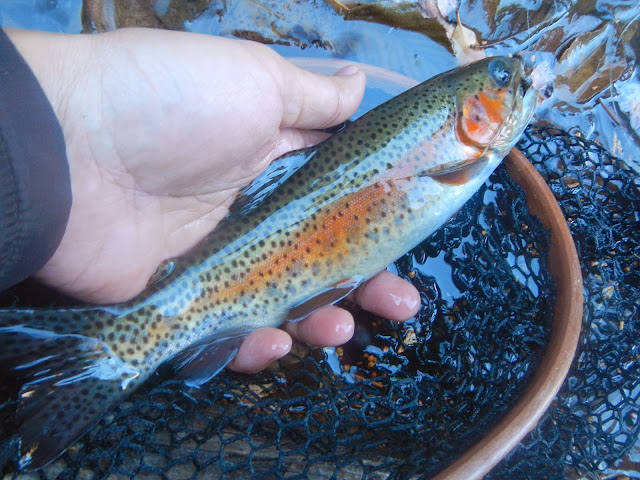 Because of California's decision to use the calendar year for their annual fishing license, today was the last day we could use our 2013 licenses.  Chul, Erika and I decided to get the most out of our $51.07.  In early summer Chul checked out one of our favorite local watershed and despite our drought the stream showed promise.  With some weather earlier this winter, we hoped the water improved.  While there was more water, it seemed to have less fish.

The hike in was quite brutal and we decided to ditch our original plan and started fishing much earlier than anticipated.  Most of my first fish were dinks with a handful of 6-8 inchers.  Considering Chul and I have caught fish in the 14 inch range here, it was a bit disappointing.  I did manage a fish 10 or 11 inches and that proved the best fish of the day for the three of us.  All the fish were vibrant and coloration was impressive. 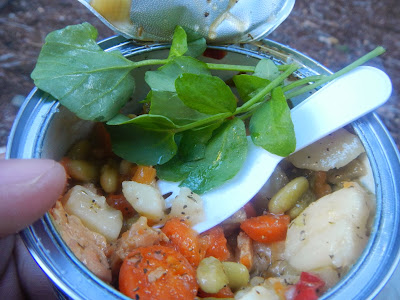 Chul found some wild watercress and we had some with our lunch.  It was quite good, peppery and slightly bitter quite similar to arugula.
﻿
While hiking deeper into the canyon, I heard what I initially thought was an avalanche of boulders on the opposite side of the canyon.  As we stopped to here it, we realized it was not fallen rocks rather the hooves of the either deer or bighorn sheep. 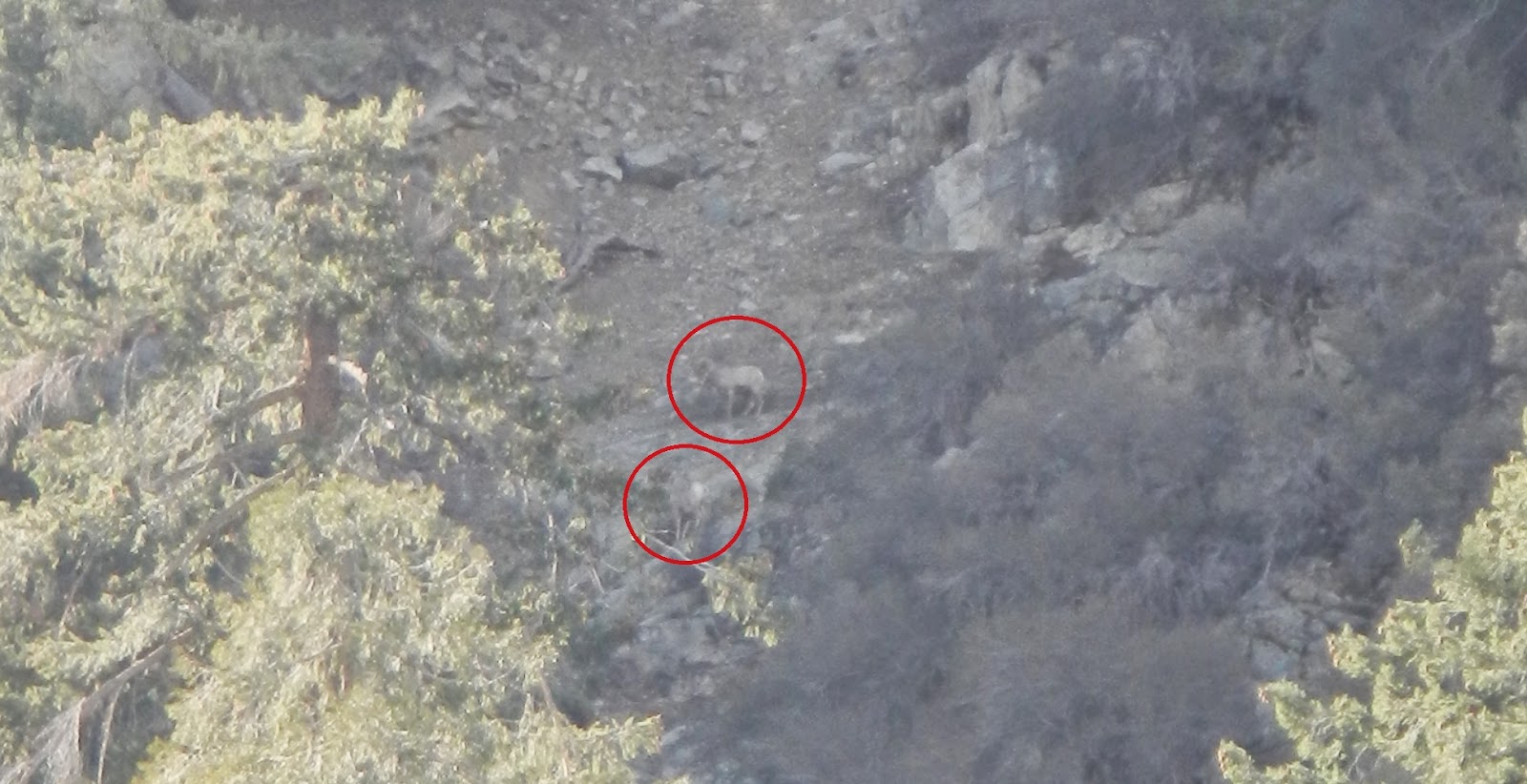 Luckily Erika brought her binoculars and we started to look for the animals.  Chul impressively noticed them first (without the binos) and we spent the next 20 minutes admiring them from afar.  There were at least 6 or 7 of them and some were pretty impressive rams. 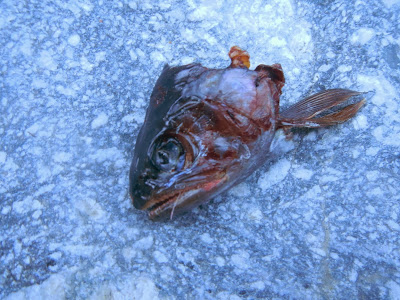 Seeing those sheep was the highlight of the day.  The low point was seeing a butchered hen trout decapitated.  Near the head was a small campfire where it was cooked, along with the innards smeared all over the boulders.  Among the innards were several of eggs along with cigarette butts and powerbait. ﻿﻿﻿ 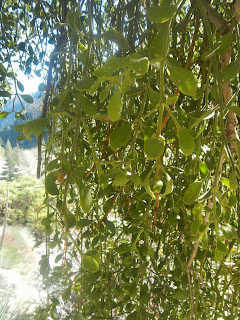 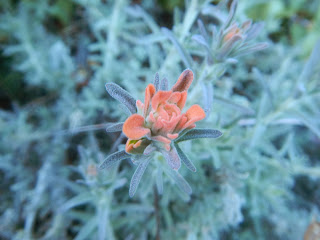 Posted by gourmetsportsman at 7:54 PM