Hard Day But I Finally Get Rewarded 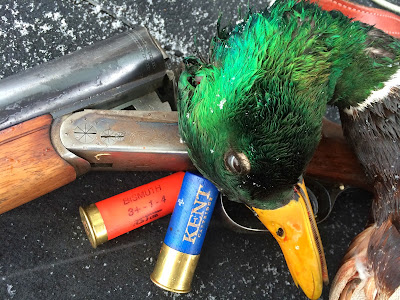 An exhausting day today.  Brutal actually.  The foul weather finally hit this section of the Eastern Sierras.  With that thought I figured the waterfowl would have been making their way south.   I talked to Bob the night before to get his input.  He suggested I go North and check out the a section that has in the past been productive after a storm.﻿ 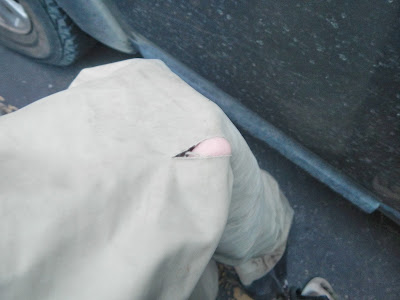 I woke early so I'd be the first on the water.  When I was putting on my waders I noticed that I had a tear on the back just above the waistline.  Since I wouldn't be deep wading it would have no affect on this trip but Simms will be getting a package when I return.  It could have been worse I could have been one of these guys:﻿ 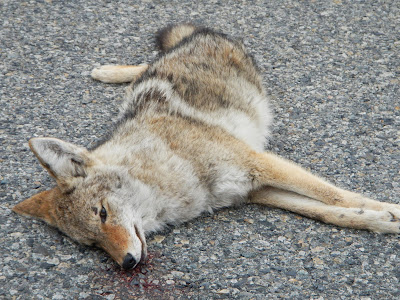 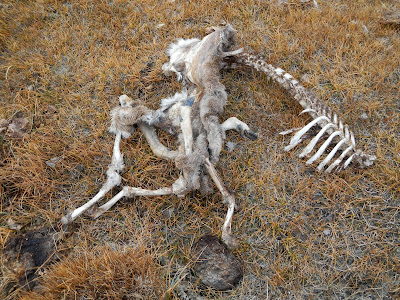 The Eastern Sierras can be unforgiving and brutal.  As was the day today.  I hit the water with high hopes as this section has been recommended to me by locals and by Bill Calhoun.  I've been here before but never had much success.  I'm starting to think these guys are leading off the path to keep me away from their honey holes.  Actually though I know this area is a quality spot, it's just not been kind to me. 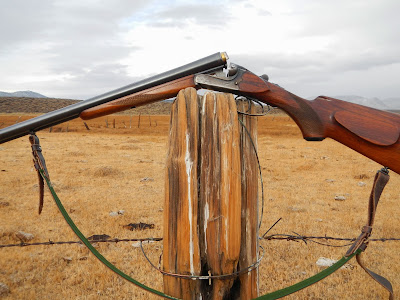 I hiked all I could for just under three hours and saw nothing but dowitchers.  The infamous wind blew hard and burned as it hit my face.  Luckily I wore my scarf and wrapped it Taliban style around my face.  I had enough and decided to check out some nearby ponds.  They held nothing but some white shorebird that I could not recognize with my small binos.  I had forgot to bring my Minox for this trip so I had to make do with some less than ideal glasses.  With no birds in sight, I decided to see if I could get some revenge on the trout that always elude me in the Upper. 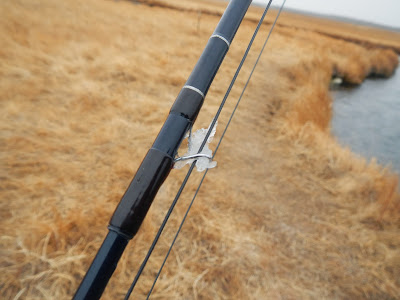 I loaded up my streamer rod and tied on a new fly I came up with a few weeks ago.  On my first three casts I was hit.  Hit hard.  Since I was fishing downstream and stripping it upstream I kept yanking the fly right out of their mouths.  One hit the fly so hard I saw his profile as it came out of the undercuts to attack my fly. 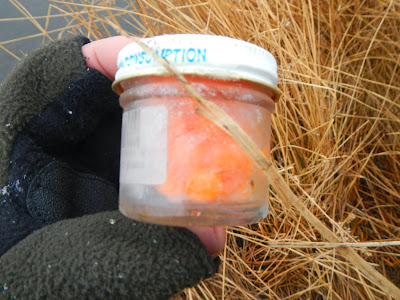 What monkey came here and fished salmon eggs?  I hope the warden caught this SOB.  This is a barbless artificial lures and flies only section of the river.
﻿ 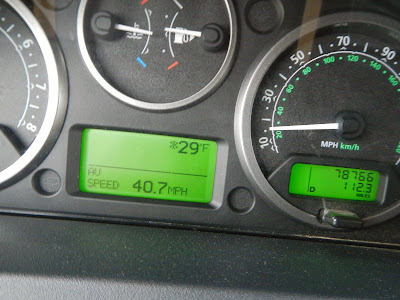 After about two hours of fishing I quit and the only action I saw was on the first three casts afterwards I had nothing.  Not even a strike.  It was nice to have the entire river all to myself though since this water is usually a circus with a fisherman at almost every bend. 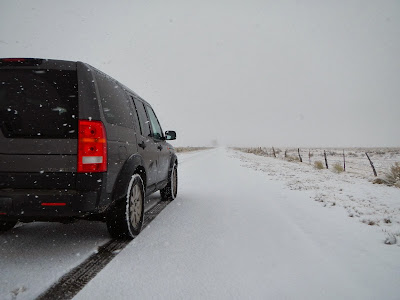 I moved on to find some ducks.  I spent much of the day looking for birds.  The snow began to become more intense.  Visibility was becoming harder.  I checked several ponds and lakes that normally hold waterfowl.  Nothing.  I continued south to some areas I have had success.  But before I stopped by to say hi to Dave to check in and see how he's been.  After a brief conversation I headed off to my favorite ditch.  Dave let me know it might be good as there was no one hit the area all day.
Kaiser and I made our way and saw a bufflehead loafing in the water.  I really didn't want to take it some I let it fly away.  It flew off but unknowing to me it circled back to the water and when I saw it in the air not realizing it was the same bird I took a shot.  I thought it might have been a teal or something.  I need to study up my duck silhouettes.  The bird finally went down 100 yards away and Kaiser and I went after it and found it.  We moved back to the ditch and flushed two mallards.  I took a shot at the greenhead and missed the first shot and took him with the second.  I saw him go down 50 yards away.  So we crossed the ditch and started looking for him.  I found him and called Kaiser over for the retrieve.  When he tried to grab him the bird flushed again and I took two more shots to bring him down.  Kaiser managed the unassisted retrieve and brought him back.  Kaiser's first mallard.  I was pissed as I had the whole incident on the Contour camera but the snow had attached to the lens and obscures much of the video.
I checked out another portion of the ditch and saw a few birds fly overhead.  Unfortunately they were out of range to make a comfortable shot.  Before I took off I made sure to stop by Dave's as he promised me some venison and antelope steaks from his hunt in Idaho. Afterwards I headed back to Bishop to a new motel and prepared dinner.  I grabbed the camping kitchen and set up shop in the room.  I'm sure it was not county ordinance approved but a gourmets got to do what a gourmets got to do. 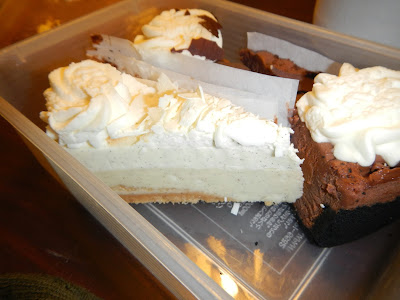 It was a brutal day all around.  I'm beat as I write this in the motel.  I'm sleeping in tomorrow and fishing, at least in the morning, and afterwards I may or may not hunt.  I may head home tomorrow or maybe stay another day or maybe make my way south and see how my quail spots have held up after all those dry months.
Posted by gourmetsportsman at 9:34 PM