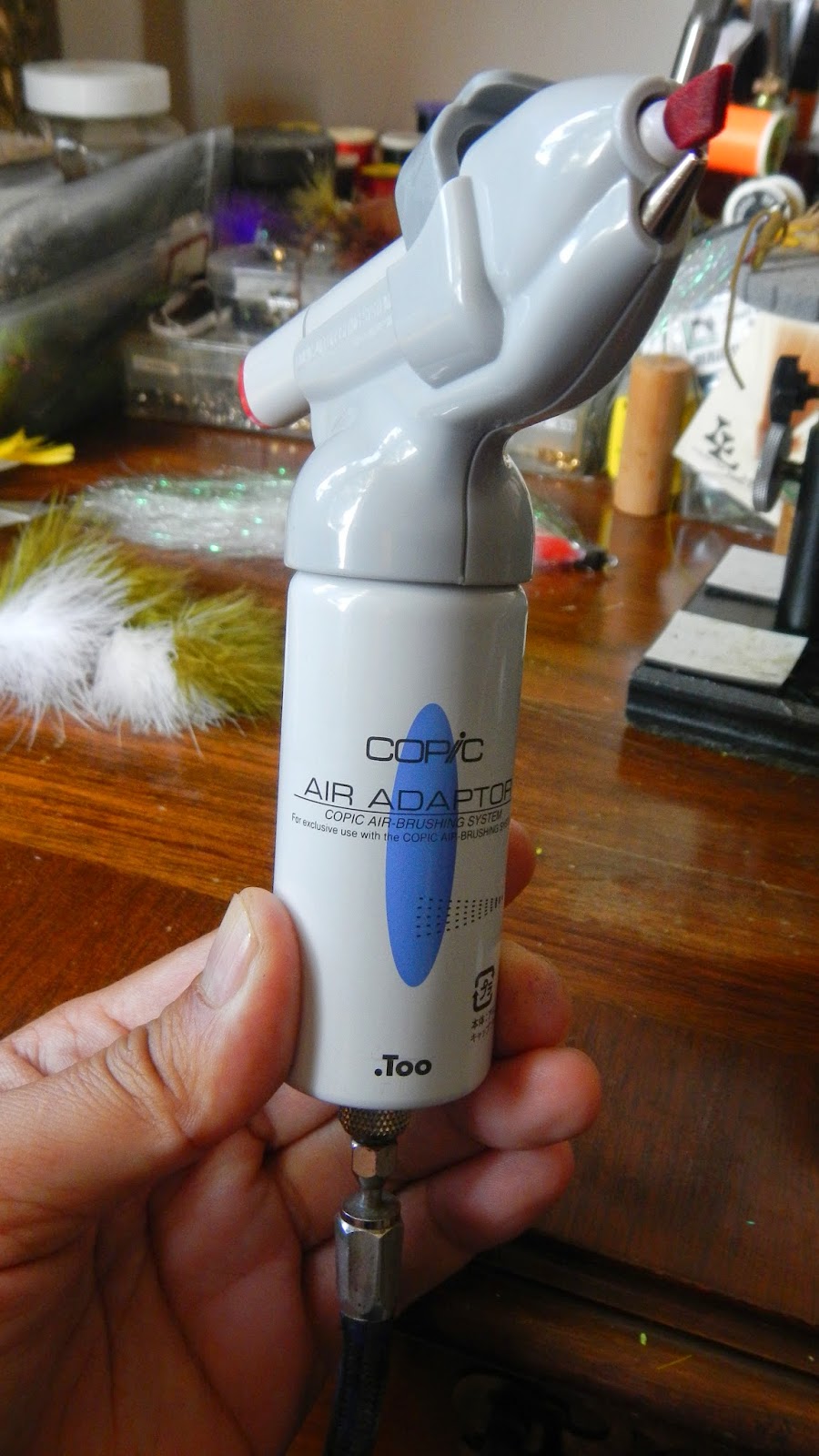 Recently while at the local fly shop Jaime let me know about the Copic Airbrush system.  This airbrush is unique in that instead of using paint it uses markers.  Advantages are seemingly endless, no more cleaning nozzles, or paint jars, and it's quick drying.  The system uses Copic markers, which hundreds of colors exist.

The system is power either by compressed air from their proprietary air canisters or by an air compressor.  To use the latter one must buy the system with the air adapter which is simply an empty air canister, that acts as a grip, with an attachment point at the bottom.  There one can attach the air hose assuming it's the right size.  Unfortunately I have an old Badger 180-11 which uses a completely different size.

For the past few days I have been running around the county looking for an adapter. The local hardware stores, art supply houses, hobby stores, and craft stores were all no help.  It was not until one mentioned I look into a particular airbrush store did I finally find an adapter.
The store was an interesting place, the employees were all tatted up with side ways caps, the patrons looked to be gangbangers ready to tag up the freeway overpass.  Even though they had something like six employees all doing nothing I stood around for ten minutes waiting for them to at least acknowledge me.  Finally I was helped and I was able to buy this $4 part.  It's a Badger to Iwata adapter.  Iwata uses the same fittings, Badger uses a smaller one.  So if you have an Iwata compressor you're probably good to go.
I've been playing around with the airbrush for the past couple days and despite getting a faulty but semi-functional unit (they are sending me a new one and I still get to keep this one I have).  My initial intention was to use it for poppers but I've noticed that many are using airbrush for feathers and other fly tying material.  So I plan on making some colorful patterns on my flies in the future.  It's been awhile since I airbrushed, I used them back in middle school when I built WWII model tanks.  When I stopped building models my old man used the airbrush to start painting his handmade lures that he used to chase big Stripers in our local lakes.  I need some more practice to make my painting look right.
Posted by gourmetsportsman at 2:54 PM