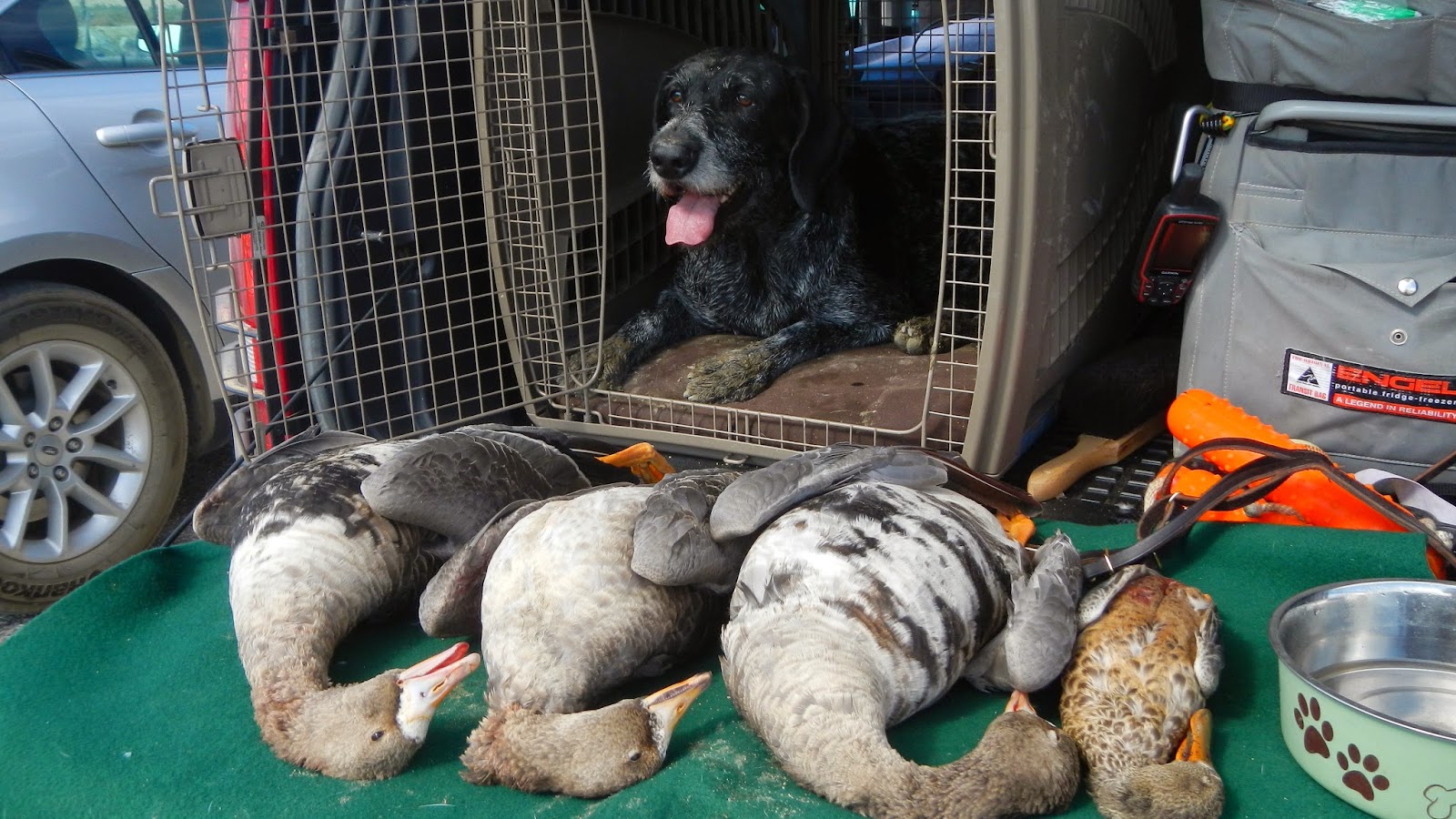 I've never hunted a private duck club before so I was excited when I received an invitation to hunt The Little Ramona Duck Club from my new hunting buddy Jeff.  I met Jeff on an online forum when I posted a picture of one of my past hunting trips and he inquired about my Merkel Model 8.  He had thought it was a Sauer, a gun that he had once owned in the past.  This struck a conversation regarding fine doubles and we became fast friends.  He asked if I would like to join him at his club and I jumped on the opportunity. 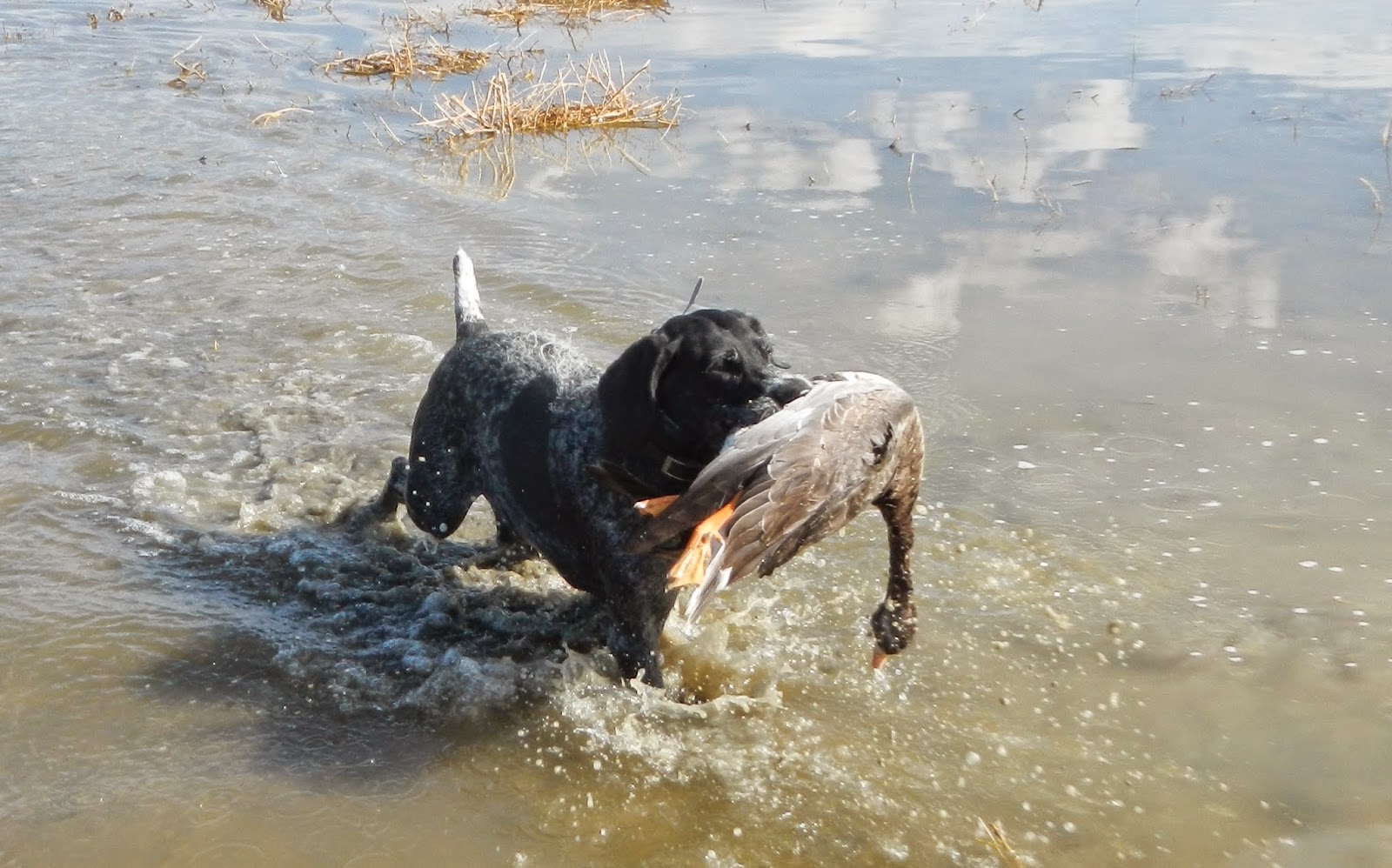 After about three hours sleep I awoke in the morning to meet Jeff personally for the first time near the entrance of the club.  After a few pleasantries and war stories we made our way to the blind (14).  Half way to there Jeff realized he forgotten the duck stamp in his car.  So we unpacked the gear once we made it to the blind and raced back to the car to get it and raced back before legal shooting time. 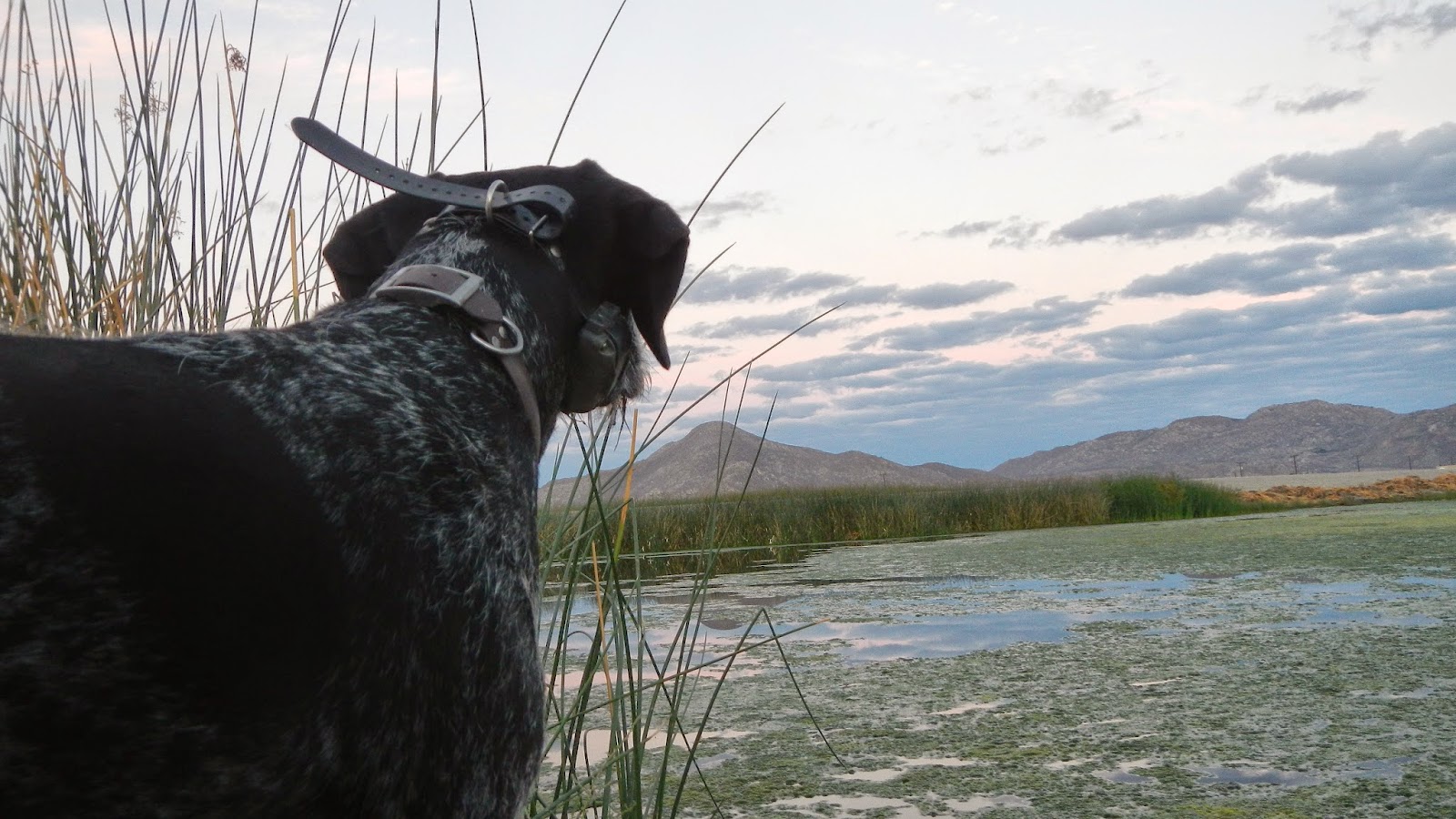 Only a handful of club members showed up today which meant most blinds were available but this blind was one of the more sought after ones.  The club assigns blinds for two weeks after that you move 5 blinds away.  Jeff hunted last week on the opener and managed a handful of teal and spoonies.  He did clean up the algae from his decoy spread the day before to ensure a landing spot for the birds.  When he returned again today he was disappointed to see the algae return covering the all his previous week's labor.  This meant birds would unlikely land in the spread making calling somewhat useless and also meant we'd be pass shooting for the most part.  Had he know the pond was covered in green stuff he would have taken another blind. 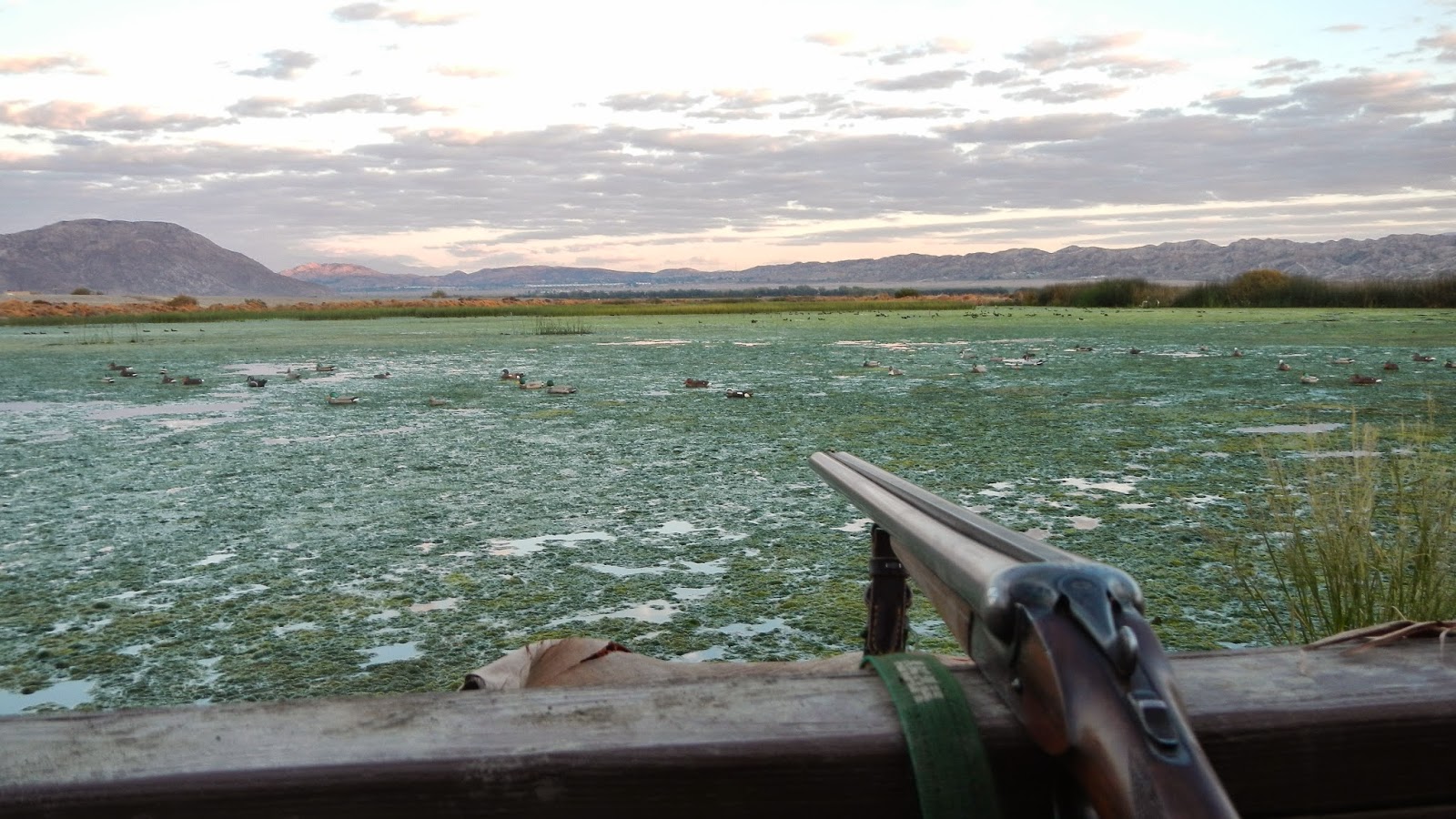 The morning was slow with the occasional flyby by a teal but with the low light and speed at which they came in there were no shots fired.  Eventually we'd see spoonies fly but none in shooting distance.  Typically Jeff doesn't take shovelers and lets them pass.  Since he figured not many "good" birds were around we'd take them.  Not long did one buzz through our pond.  We both fired and it fell from a lung shot.  Since it was before 7:30 and it fell beyond our pond, club rules didn't allow us to go get it at this point.  So we marked it and would go fetch it when we were allowed.  Of course this did not go well with Kaiser as he it made him whine even more.  Kaiser is not much of a blind dog.  He never was trained to sit patiently (not that he would even had I trained him to) while hunting.  He simply is too impatient and wants to run and hunt.  I warned Jeff about it and asked whether I should leave him home but he assured me that he didn't mind.  Not knowing Jeff, I was still slightly uneasy and not sure if he was just being polite I really didn't want to tick the guy off on our first meeting.  Especially since I wanted to be invited back!  I brought Kaiser though figuring he will be annoying but if we had a cripple or bird in the tules he would make up for it.  That is exactly what happened when the time came when we could leave our blind.  We worked the area we though the bird fell and after about twenty minutes of searching Kaiser the hen shoveler our of the cattails. 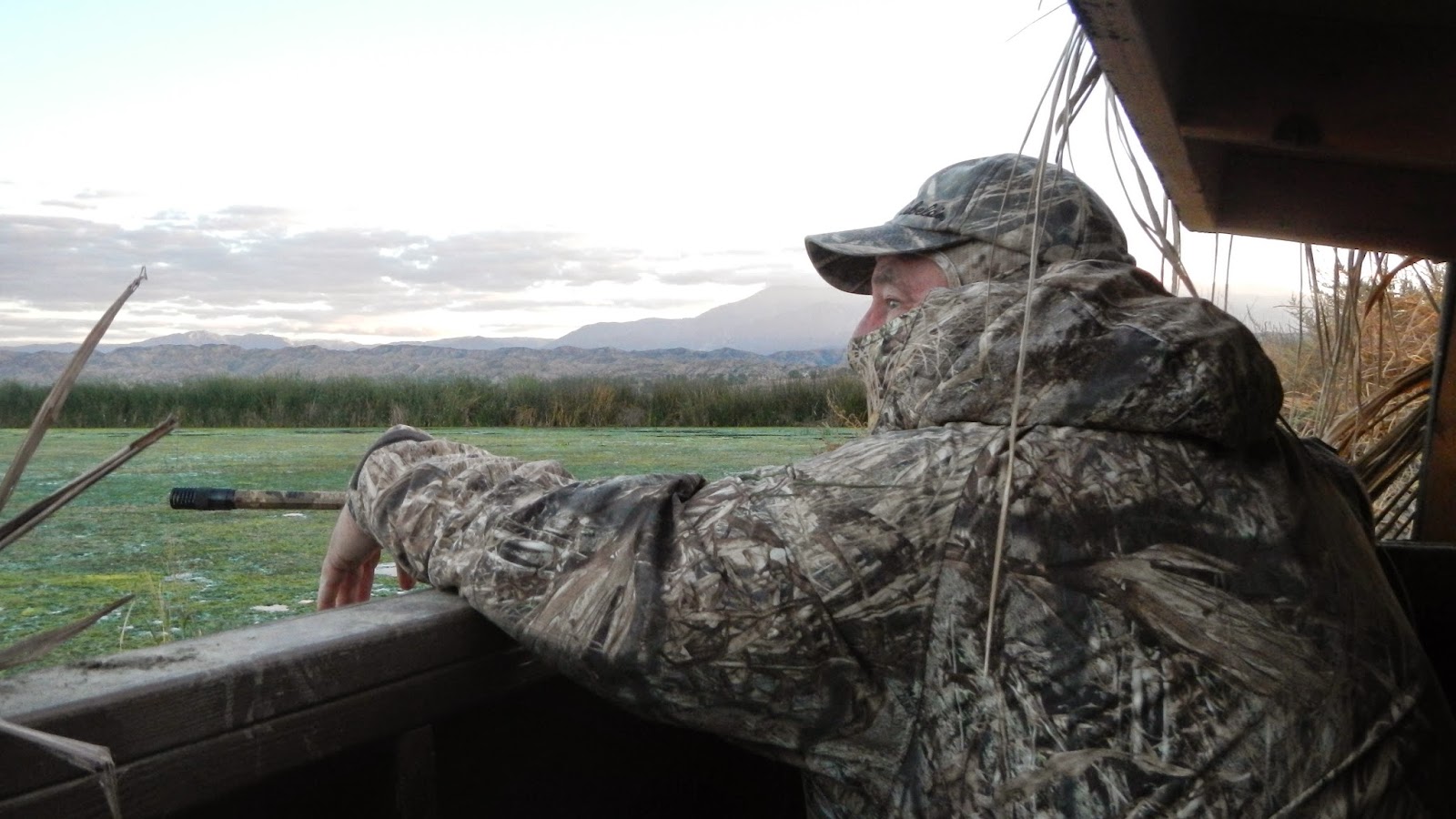 Hours would pass with no action.  Jeff seemed annoyed and apologized trying to reassure me but that was not needed.  I was hunting for free and in a place I have no access to, not to mention I didn't have to endure the tedious process of the "sweat line."  I was all good. If it's slow, it's slow. Nothing we can do about so I just enjoyed the company.  Jeff and I have a lot in common and we think alike so time goes fast when conversation is easy.  Eventually Jeff saw a flock of geese in the distance and he followed them down into a nearby pond.  So we loaded our heaviest loads and headed there to jump shoot them.  Jeff misjudged their landing.  They landed on a closer pond than he thought. So he had me stay put as he would back track around the brush and try and drive them to me.  When he got to them they flew the opposite direction so he took them and nailed three all specklebellys.  There were small Canadas among them but Jeff managed to avoid them shooting the king of geese instead.  I saw one drop and saw another one cripple which Jeff gave a follow up when he reloaded.  Kaiser and I walked around to help with the retrieve.  Jeff had already picked up one and let me know they were specks and Kaiser picked up the one I saw fall.  Jeff let me know he hit a third bird and couldn't find it.  So Kaiser was tasked to find him.  Eventually Kaiser found him and gave chase as the bird tried to lift off.  Finally he caught up to it and brought the bird to me.  As it was in the high 80s we were sweating and returned to our blind.  After a quick rest in the shade of the blind we called it a day at 11.  All in all it was a good day.  Kaiser got his first taste and retrieve on geese.  The king of geese no less so I was happy even though I didn't get to pull the trigger on them but that's okay.  Thanks Jeff.  We really enjoyed ourselves and thanks for putting up with my annoying dog.
Posted by gourmetsportsman at 4:51 PM

Email ThisBlogThis!Share to TwitterShare to FacebookShare to Pinterest
Labels: drahthaar, duck hunting, fine shotgun, Merkel, side by side, wingshooting