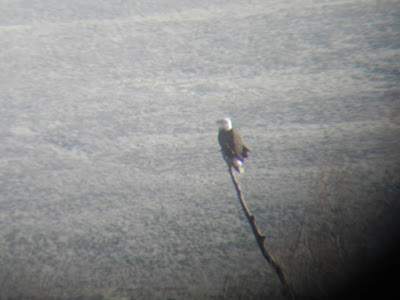 I believe we must have spent most of the day in the truck taking every wrong turn imaginable.  Every time I thought I took the right road, it ended up being the wrong road and it would lead us astray and I would spend a hour to get us back on track.  With the road narrow and without any turnouts I could not turn around.  The highlight of the day was seeing a perched bald eagle while looking for a place to hunt.  Other than that the day was uneventful and other than flushing a duck with the Rover, we saw no waterfowl in the field.  We did see eight or nine flying overhead on Main Street as we made our way to the restaurant for dinner.  That figures. 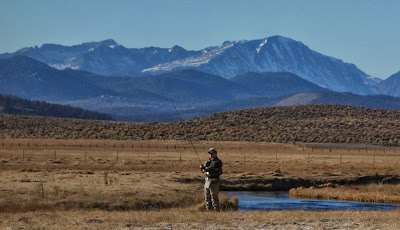 After a few hours of finally hunting we took a break from looking for waterfowl and tried our luck with another quarry.  We spent about an hour on the upper and despite my attempts to get on of those monsters coming out of the lake, none, not even a dink, was willing to take my streamer.  That figures. 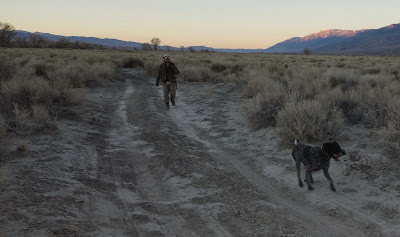 We spent the last couple hours taking the wrong road and finally made it to a piece of water but no birds appeared.  The day was capped off with an unimpressive Mexican dinner that I still feel in my stomach as I write this.  Feels like I have the Alien's chestburster in me.  That figures.
Posted by gourmetsportsman at 9:16 PM