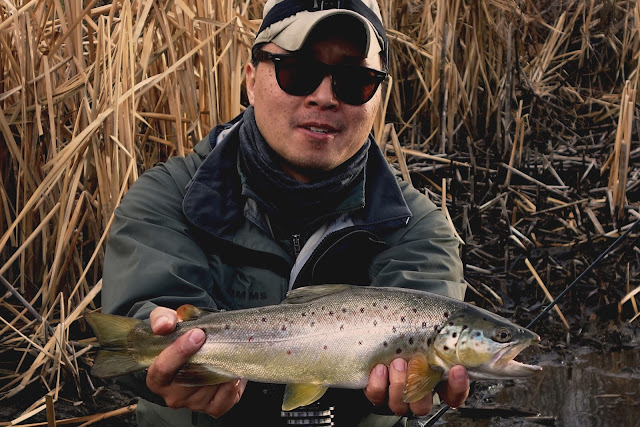 3:30 am my iphone alarm goes off.  Groggy and delirious, I'm upset that my phone has just woken me up until I realized I set it the night before so I could meet my buddy, The Shermanator, at his house for our three day eastside trip.  I've not fished with the Shermanator for over a decade; he was one of my first real reliable and dedicated fly fishing buddies.  Before that, title belong to my good friend Joel but once he started having kids, I didn't see or hear from him until a decade later.  And like Joel, once the Shermanator had kids, fishing with him became no more.

This trip is most likely Sherman's last fishing adventure in California before he escapes this state into the outdoor paradise of the Pacific Northwest.  I arrived at his place at the scheduled 4am and unloaded the contents of my Rover into his truck.  Within a few minutes we were off, northbound to the sierra.  After sevral hours on the road our first stop would be breakfast in Bishop before hitting the Upper. 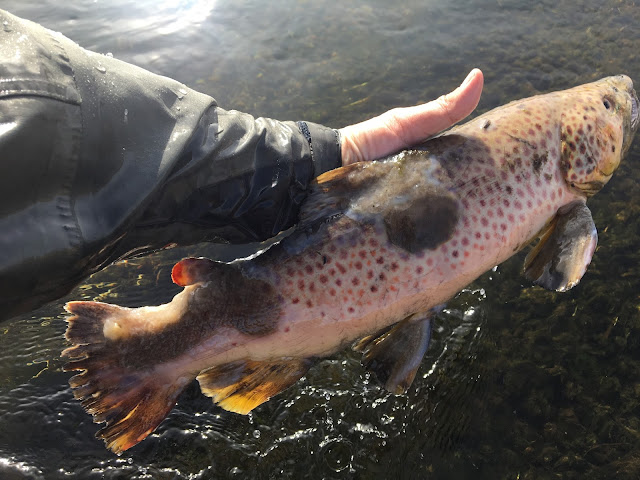 Fishing wasn't great but I managed a couple of fish and lost a nice one about four pounds just at the net.  The migratory rainbow jumped three times, then caught the riffle and ran downstream.  Once subdued, it decided it did not want to be netted and it decided to surge once again.  After a few tugs I had it's head above water and Richard went in for the net once again but fish rotated to the other side and popped the hook.  A shame as that would have been the best fish of the trip.  Another shame was just before that hole, I found a dead brown.  Not sure if he was a victim of nature or a careless angler with poor handling skills.  I'll never know but I certainly hope it was the former rather than the later.  Continuing on, we moved upstream looking for some more willing toads but none would oblige.  I spooked a number of fish in 20 plus category but of course I always found myself on wrong side of the bank to make a proper cast to them.  With only about 45 minutes left of light we called it a day. 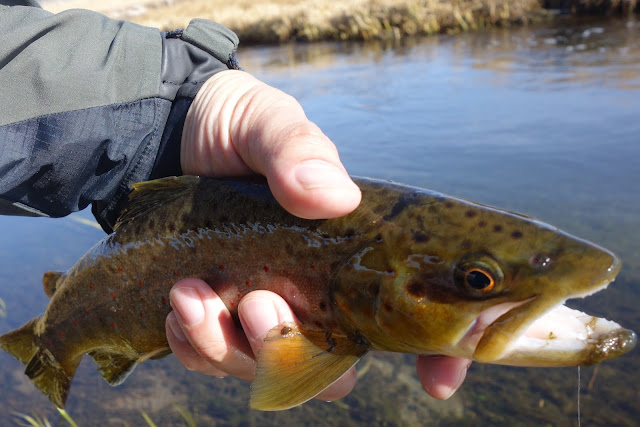 We decided to camp the first night.  Beat from the lack of sleep and the days efforts, we called it a night early and went to bed around 8pm.  I awoke around 3am and couldnt fall back asleep.  Once the sun rose we broke down camp and headed northward to our next destination. 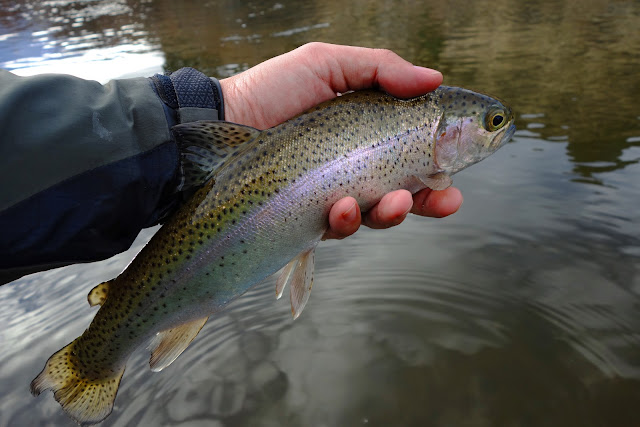 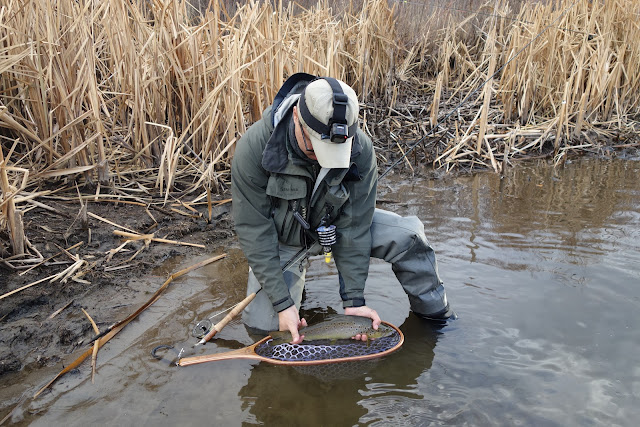 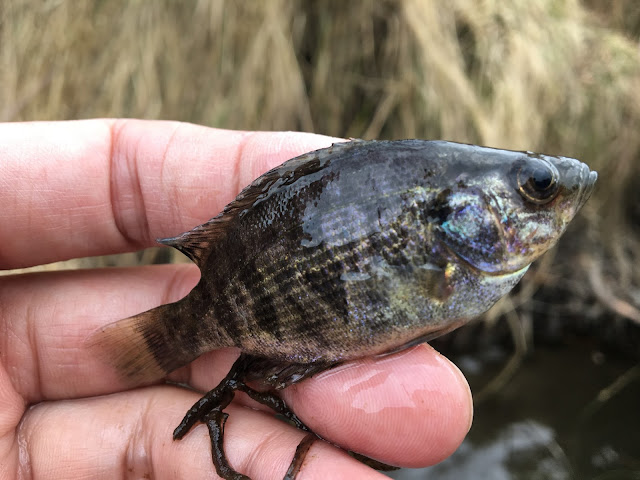 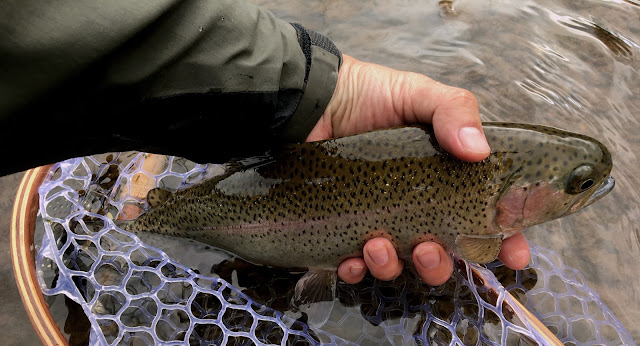 Day Two
By 10am we were on the water.  Richard was on early.  I followed suit with many to follow.  Rich lost a 22+ brown that refused to budge until it finally spit the hook.  I managed a not as nice but nonetheless respectable brown.  While the length was not overly impressive, this fish was fat and football shaped.  A nice healthy specimen.  For the day I had at least 30 hook ups and I probably had 10 to hand.  One hole alone produced a minimum of 20 hook ups between the two of us and 8-10 to hand. 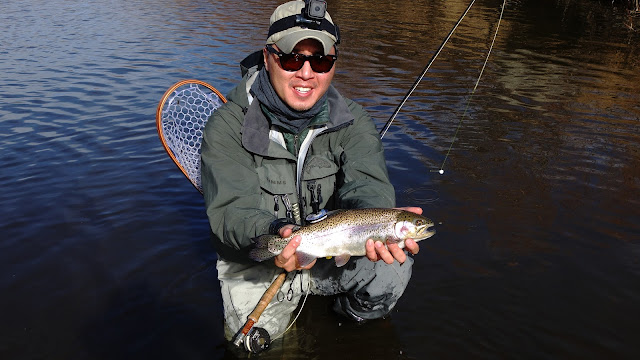 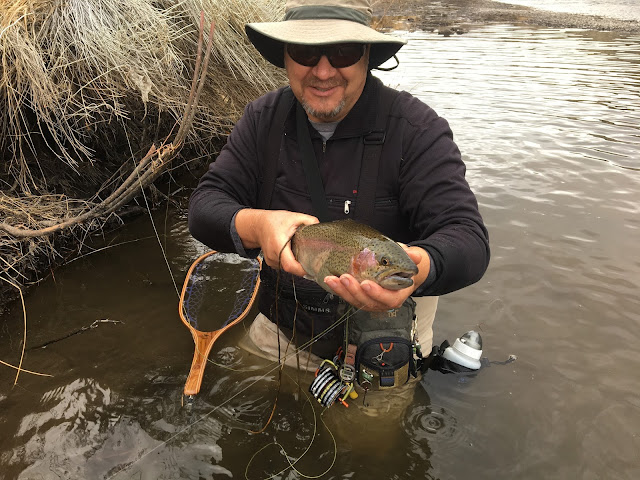 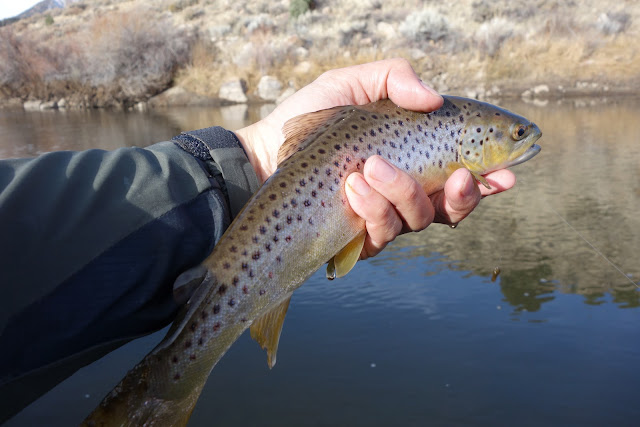 Day Three
We fished the same areas again from the previous day.  Didn't have as much success as the day prior which is understandable.  We fished together again switching off each hole.  If I fished a good hole the day before, Sherman would have the first crack this day and vice versa.  On my first hole, where I caught the nice brown, I managed a brown and a rainbow.   Neither spectacular but nice enough.  We did managed a double here as Richard fished the hole above me.  Soon it shut down for me until I noticed that my indicator slipped and I was only fishing the top column of the river.  After a quick fix it was no time my bobber was again dunking and yet still could not hook up.  Most of these indicator dunks were very fishlike and even felt as if a fish was on when I set the hook.  Rich was on fish it seemed everytime I turned my head and I wondered what he was doing I wasn't.  I soon realized one of my flies was without a hook.  After replacing the broken fly I managed two more fish later in the day at the "gloryhole."  Richard also had a number of fish at this hole as well.   By noon it was time to quit.  On drive home we were stopped on the 395 as a big rig slid off the road.  Looks like a few people won't be getting their Amazon shipments on time. 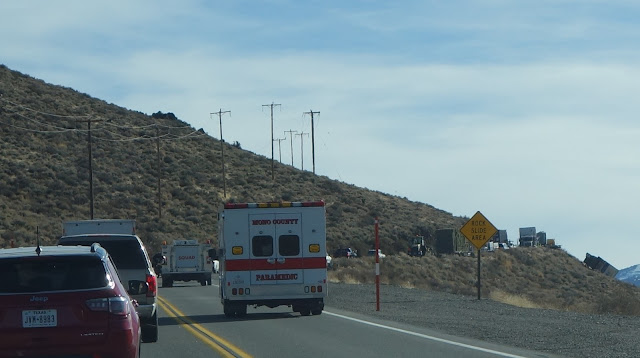 Posted by gourmetsportsman at 7:27 PM