Fall Colors In Our Local Mountains 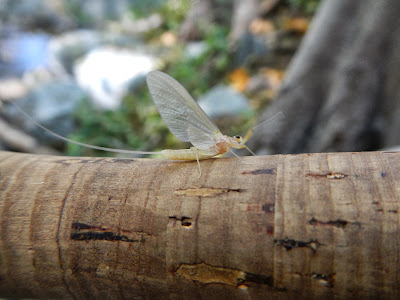 Fall is here even though it doesn't feel like it.  It's still hot and I'm waiting for it start getting cooler.  Despite the heat the local mountains have started showing fall colors.  Chul and I hit up one of our local jaunts to see how the water faired after our hot summer.  The water, while still low, has been slightly recharged by the storms we had a few months ago. 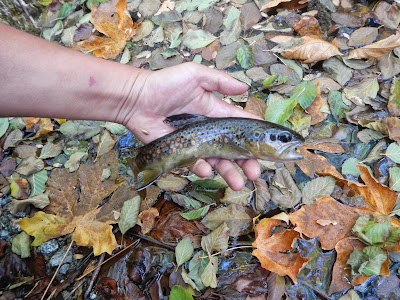 The fishing was much better than I expected.  I haven't thrown a fly in what seems like eternity and I didn't have high expectations for today's outing.  How wrong was I.  While we only fished a few hours we had some legit fish at the end of line.  We started with several dinks and Chul was the first to land a nice fish. 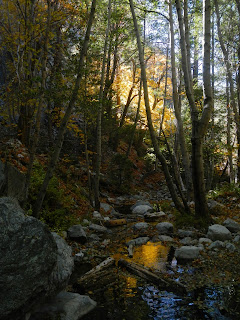 Fishing was enhanced with the fall colors and being rained on with falling leaves.  If only it were cooler it would have actually felt like trout fishing. 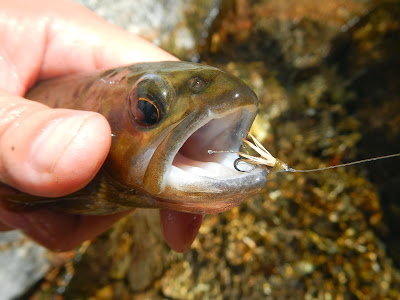 I managed a 12 inch fish that fell off right before I tried to land it.  This was the same fish I tried so desperately tried to catch the last time we fished here.  The fish took an emerger fly I came up with last summer.   After the disappointment, I moved to the pool ahead and managed a fish not as nice but the best fish I managed to land all day. 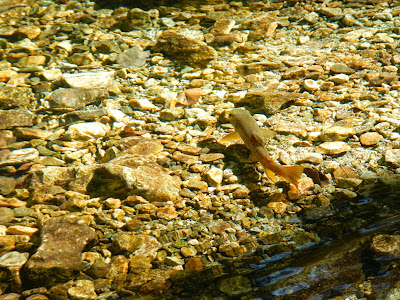 We moved upstream to some of the "nicer" pools that proved to be a bust.  Surprisingly these holes produced no fish. 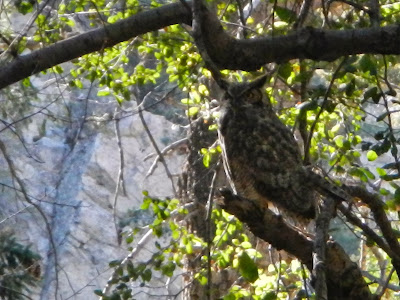 A spectator from above that kept an eye on me while trying to get some fish to rise.  We finished before three and headed out for dinner at Rounds Burgers. 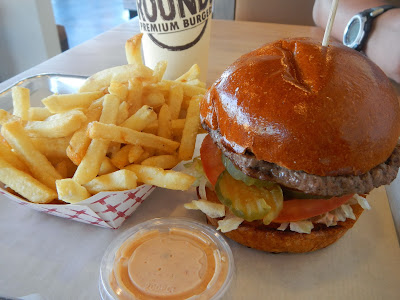 Posted by gourmetsportsman at 7:20 PM