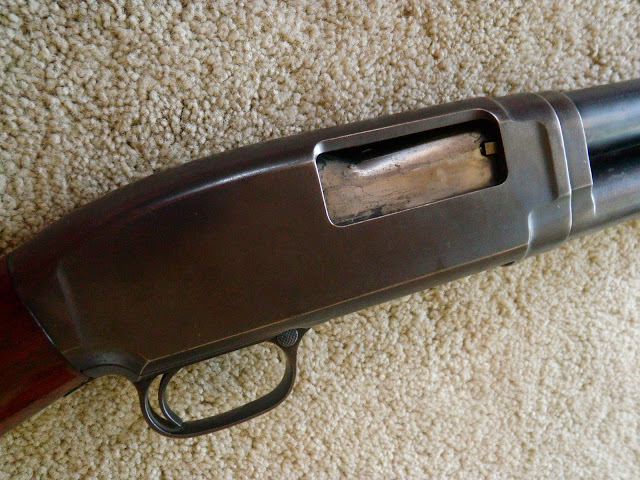 Although I'm a die hard side by side guy, I do have a soft spot for American classics. So I've taken my Winchester Model 12 out of mothballs to be my duck gun this year; its literally been years since I've shot this classic American shotgun. My initial intention when I bought this gun years ago was to use it as my field beater or bad weather gun. Just after I bought it though I found my GDR era Merkel M8. With my love of double barrels and double triggers, the Merkel had basically sidelined the Model 12. 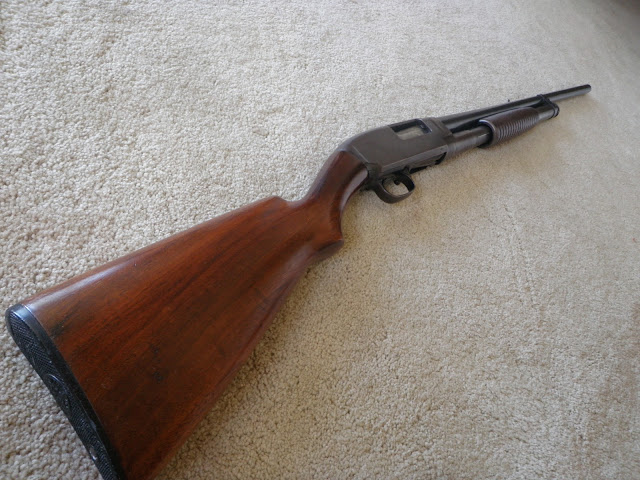 It should be interesting to see how well I end up shooting this gun. Pumping the action and the single trigger pull, I can see myself missing a few followup shots. I have in the past. I'll just have to see what happens. I believe I've only taken this gun out afield twice, once on a snowy duck hunt and the other on a pheasant hunt. On both trips I did not hook up with any birds.

Built in 1933, my Model 12 is now well patinaed. I can only imagine how many American farm fields this gun has seen. This is truly an American classic used by American celebrity sportsmen like Ernest Hemingway, Roy Rogers, Clark Gable, and Peter Hathaway Capstick to name a few. No self respecting American Sportsman of that era would not be seen without one. 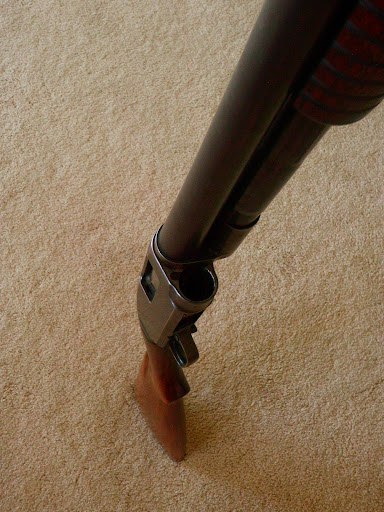 One unique feature of this gun I really like is the ability to take down the gun without tools, making it convenient to travel with. This was one of the main selling points for me. The gun can easily be fitted in a duffle bag or an indiscrete gun bag. Neighbors or hotel guests in a lobby would never suspect anything and you can avoid any unwanted attention. 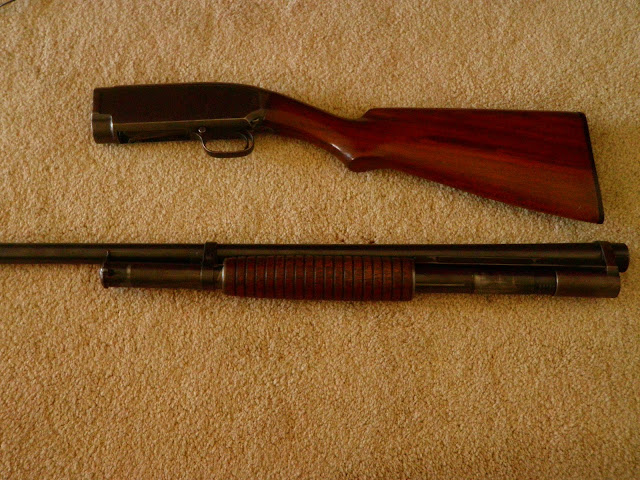 There are several iteration of this gun and there are nearly 2 million in existence. Equally at home afeild or at the clay range, the Model 12 has seen it all. Some even saw some action in world conflicts or in police actions. My gun I highly doubt has seen any of those as it's a 28 inch fixed modify choke in 12 gauge. All parts are original including the plastic Winchester butt plate. 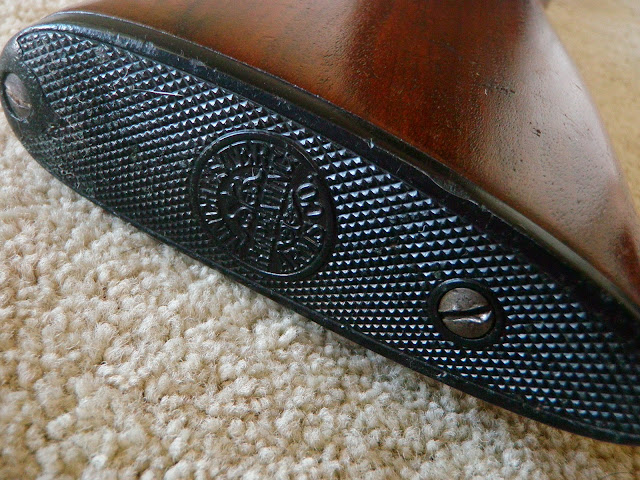 The action is smooth as glass and with its ability to be slam fired, that is firing quickly by holding down the trigger while pumping the action as fast as you can, it makes sense that police and military chose this shotgun for up close battles. It was this feature that Capstick writes about (which book I forget)why he chose it when going into the thickets after a wounded leopard. Obviously this feature does not benefit the bird hunter but it is unique and eventually the legal teams believed it to be a liability and the feature was later removed. Mine still has this feature. 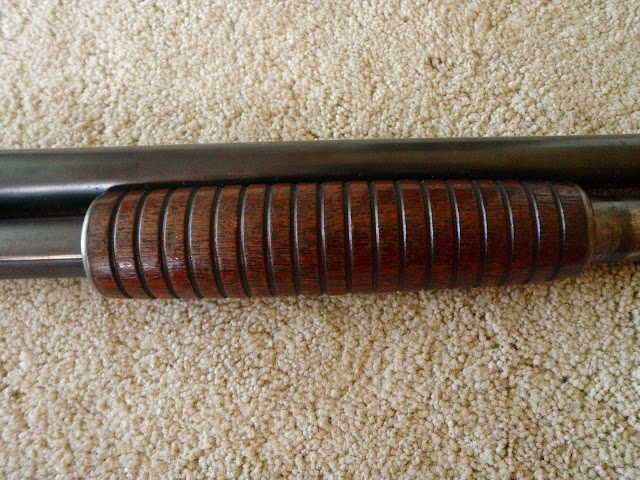 I've read that machining the receiver was not only time consuming but expensive as well. The reciever is forged and required numberous complicated machine operations to complete. Winchester at one point was losing money as the gun was just too expensive to manufacture. Instead of raising prices Winchester in 1964 began cutting corners and rebadged the gun as the model 1200. The new model never had the following like that of the Model 12.