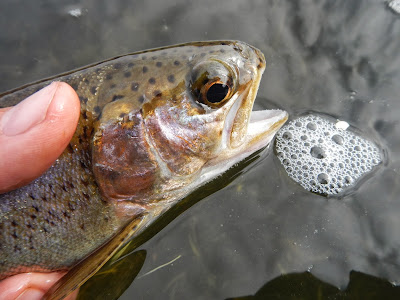 Day 3 of my Cast and Blast weekend was good on the former not so good on the later.  After a grueling previous day of hunting in some of the ugliest weather I've hunted in, I choose to sleep in and spend the morning looking for trout willing to take my fly.  I got on the Lower and managed to hit one of my favorite holes.  I fished it for a while but due to the previous day's weather much of the hole was littered with the river's garbage.  Also it was still a bit early for the fish to awaken so I moved to a few holes down, leapfrogging past a few fly fishermen.  Eventually I made to a hole I once caught my largest trout out of this river. 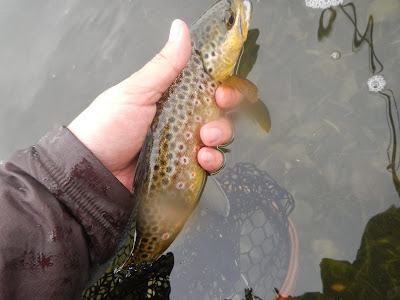 By this time the sun was starting to poke out and the fishing picked up.  On nearly every cast I was on a fish.  Some were landed.  Some came unglued.  All around fish boiled everywhere.  I kept with the nymphing even when my leader snapped.  I rerigged with it stared all again.  Fish after fish.  None of any impressive size but nonetheless it was fun.  Almost brainless fun.  For the next two hours or so I stayed here catching fish.  Seeing no reason to leave as the fish were willing to take.  I broke off a again and with all the fish taking blue wing olives I finally decided to rerig with a parachute BWO.  With a size 18 fly I had a hard time trying to see my fly I missed way too many fish.  I did have a hefty beast take my fly so hard he broke the leader.  I quit with fish still rising as I left Kaiser in the truck and was worried he might be getting lonely. 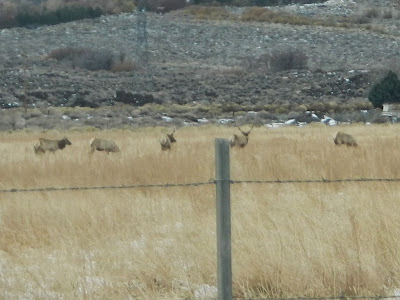 Having felt guilty for leaving Kaiser alone in the truck, I decided to see if we could get some more ducks.  I drove south and on the way down I look at field along the 395 that typically will hold elk when the mountains get snowed.  Sure enough a herd of five were feeding.  I could see at least two bulls. 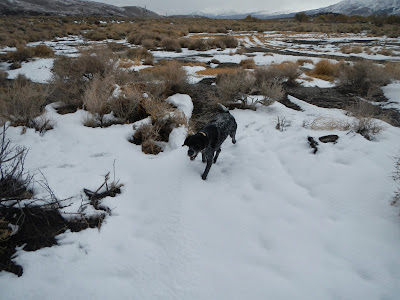 I hit up some areas I missed the previous day as the snow made it too difficult to get into.  We saw nothing.  Not a single duck or quail. 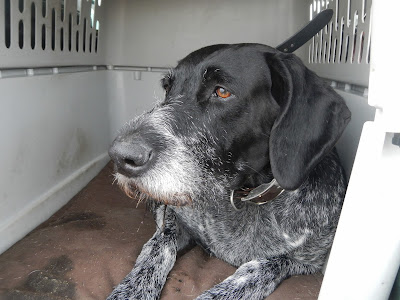 With those areas barren I moved down even more to the area I hunt the previous night.  Its pretty shocking how the day before the area was completely white with snow and within less than 24 hours its all gone. 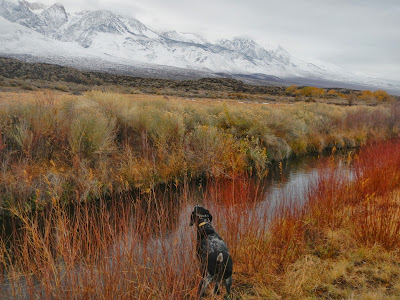 We worked the ditch with no luck.  I checked out some of the ponds nearby and saw a pair of gadwalls that there would have been no way to make a stalk on without alerting them.  Some I drove to an area that I hoped we could do some pass passing. 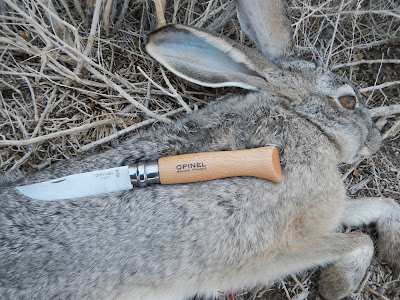 All we could manage was a jackrabbit.  I'll see if I can make it edible.  I'm thinking some sort of stew.  The fur will make some nice flies. 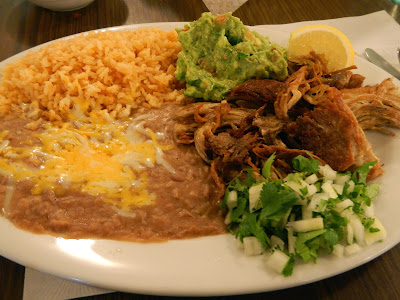 I decided to leave the Valley and head south.  I considered calling the trip short and head home.  I called some buddies to see if they wanted to meet me the next morning to hunt quail.  No takers.  I headed to a Mexican restaurant that Chul and Erika told me about and there I would decide whether or not to head home or the quail fields.  I chose to see how the quail held up after the dry season. 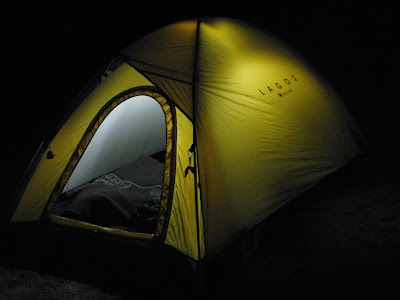 This trip was originally supposed to be a camping trip but after looking at the weather reports I choose to wuss out and motel it when I finally reached Bishop.  I did bring my camping gear so I was ready.  Not long ago I picked up a new tent and I wanted to try it out.  I made camp at a spot I knew was a good area to pitch a tent as it is flat and away from the road.  It took awhile but I slept like a log. 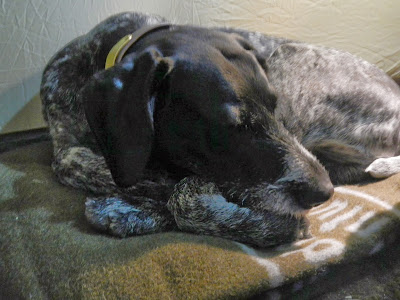 Posted by gourmetsportsman at 11:40 PM