This How I Feel 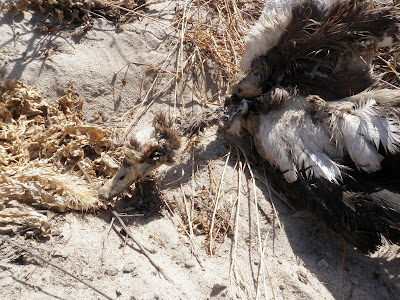 This widgeon has seen better days.

Ed and I planned to fish for carp this afternoon but I received a call from him at 7:40 this morning. He told me his plans were canceled so he could fish now and as there was absolutely no wind we thought we better give it a try. I told him lets meet at 8:15. Arriving on time, we met at the parking lot and began to rig up. Having bought a new leader at Marriott's, I put that on with a BH prince nymph and san juan trailer. We began fishing and saw a few fish cruising. Eventually we split up and I saw a mudding carp in very shallow water only a few feet in front of me. In three casts I managed to hook him up. By this time Ed had reached me and watched the carp come unglued. The leader for the second time failed on me. Originally I thought that the knots must have been tied poorly but the more I think about it, it must have been a wind knot in the leader. Throughout the morning I was casting like an idiot and most likely, although I did not check, must have had formed a wind knot. Once the carp took the fly it turned it and rushed at that moment that is when the line flung back toward me. That was it for me for the rest of the morning. Ed managed to cast to a cruising carp but spooked him once his line hit the water. No fish for either of us. Carp continues to elude me. At least Ed and I will be hitting Barrett Lake on saturday, I know there we'll be hooking up.
Posted by gourmetsportsman at 11:08 AM