After catching our Bear River Cutthroat we headed northbound to our next destination Wyoming.  It was another long drive through the western side cutting in and out of the border of Idaho before making it to Jackson.  Once there we stopped at High Country Outfitters for a Wyoming and Yellowstone fishing license. 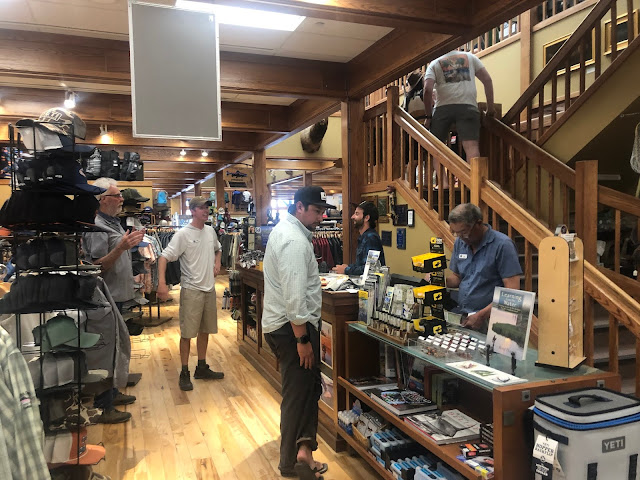 At the store they gave us the current conditions and directions on areas to fish.  The Snake River Cutthroat was our targeted species on this portion of the trip.  After good reports on various locations we decided on Flat Creek because that was the best spot to get one in the 17-20 inch range.  They told us it would be hard though.  Technical fishing is what the guys told us at the shop.  I was up for the challenge. 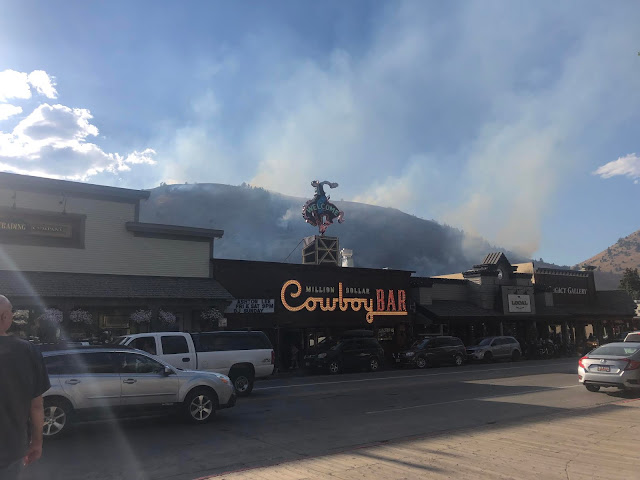 Too bad that idea went up in smoke.  Literally.  The hills of Jackson were on fire.  I didn't even noticed it on the drive into town.  It wasn't until we walked to the entrance of the shop and notice a crowd looking into the distance did I turn around and see the carnage.  Water dumping helicopters were making run after run to quash the blaze.  In doing so the main road up 390 was backed up; the very direction we wanted to go.  We sat in traffic for what seemed like eternity before making a u-turn back into Jackson and took the long way around. 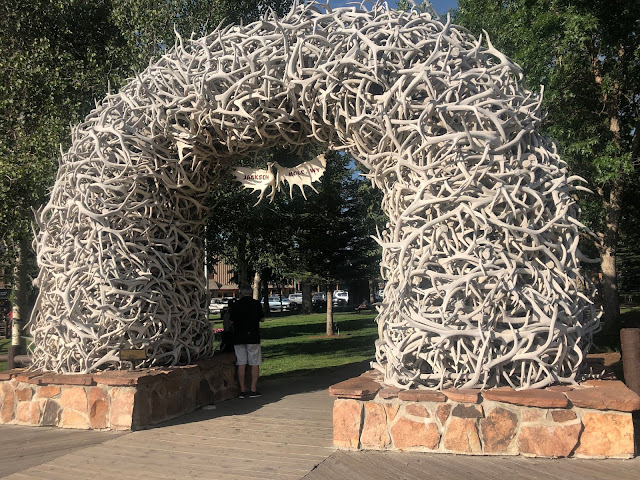 We drove westward into the park circling away from the the blaze and traffic and entered into Grand Teton.  Once in the park we gathered info on potential camping sites.  All full.  The park directed us to some National Forest areas we could boon dock. It meant headed southwest back to the direction of Jackson. 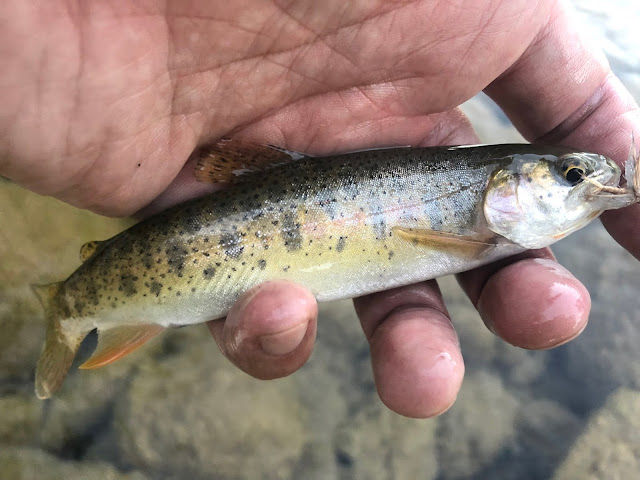 With minimal light and far just far enough away from Flat Creek we decided on an alternative water.  Gros Ventre would be the choice as it was in the direction to where we were camping.  With only an hour of light we managed to hit the water just in front of a neighborhood.  Not exactly the ideal location to fish but with no time to spare we just went for it.  Fish were rising and I did manage multiple dink Snake River Cutthroats but nothing impressive or respectable. That said it added a new fish to the species list.  So not a totally disappointment but hardly a win. 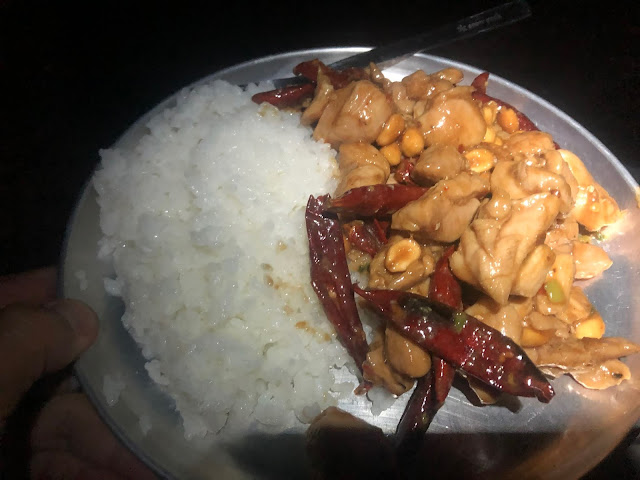 With the park campsites filled to capacity we boon docked it outside the park.  Grizzlies were always a concern and after making and eating dinner we moved camp a few hundred yards away from the scent of food and spent the night.
9/2/19 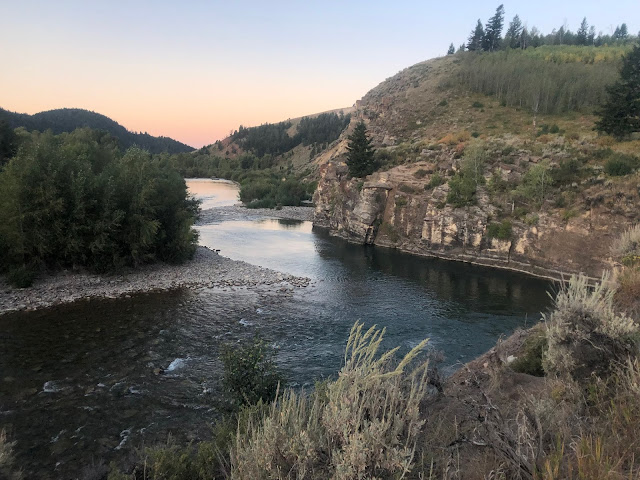 It was an uneasy night of sleep knowing brown bears are in the area.  All through the night I heard noises and rustling just outside my tent.  It didn't help that the campers a  hundred yards way was walking about.  The wind was blowing so hard the side of the tent kept hitting me in the head.  Half dazed I thought it was a bear trying to sniff my hair. 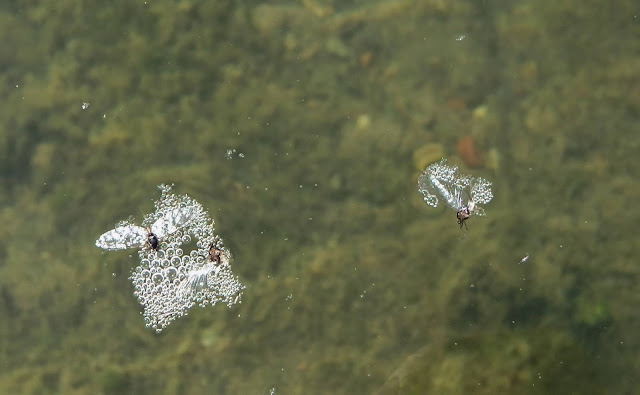 In the morning it was time to head back into the park. We set our sights on the Snake River and try our luck for some larger specimens.  First to rig up trout were already rising on tricos once I hit the water.  I had left my trico box in the truck and told my fishing partner who hadn't reached the water yet to go back and grab my other box.  While fish were rising we couldn't get any on the hook.  Spent several hours before deciding to call it and head up toward Yellowstone.

Next up: Yellowstone
Posted by gourmetsportsman at 1:44 PM