With turkey season right around the corner, it was time to scout our areas for signs of birds.  We decided to check out an old area and scout for some new ones.  We spent the morning glassing meadows and the tree lines looking for birds but found none.  Though there were some tracks of various game, we saw only a few indications of the big birds mostly under the oaks scavenging the remaining acorns.  After an exhaustive search we switched gears and having brought my Beeman RX1 .20 airgun I started my attention to ground squirrels.  I managed to put a stalk or two on a couple but failed to connect despite having a perfect opportunity.  My gun was recently rebuilt and I only had a chance to zero the gun with JSB Diabolo Exacts but mistakenly brought Crosman Premiers that were in my pellet pouch from the last time I hunted.  I thought I had switched them out but apparently not.   A chump move.  Without knowing the exact zero of the gun I failed to connect on different two occasions shooting above the intended target of the head. 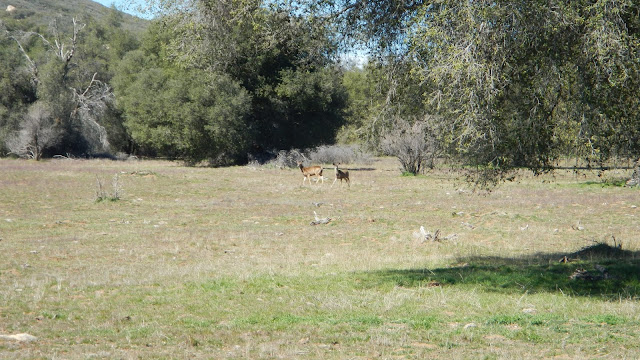 After those failed opportunities it was time to head out.  We did look for other spots but none were promising and we called it a day.  The heat is back in Southern California and made scouting tough as it felt like summer.  I hope the cool weather comes back.
Posted by gourmetsportsman at 10:47 AM