Will Always Remember Her First 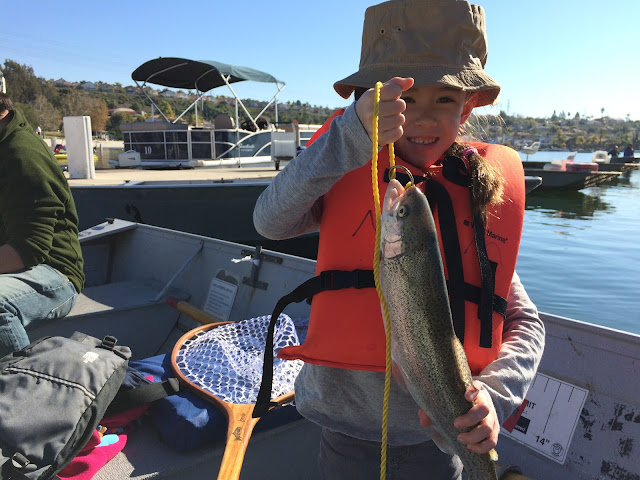 On the day before New Year's Eve, my niece's full last day in California, I decided to take her our fishing in an attempt to get her her first fish.  I knew Mission Viejo Lake had recently stocked the day prior and I called my mate to see if he could get us in.  Without hesitation he obliged.  Since I do not own any fishing equipment other than fly I asked if he could bring his spin gear and some powerbait. 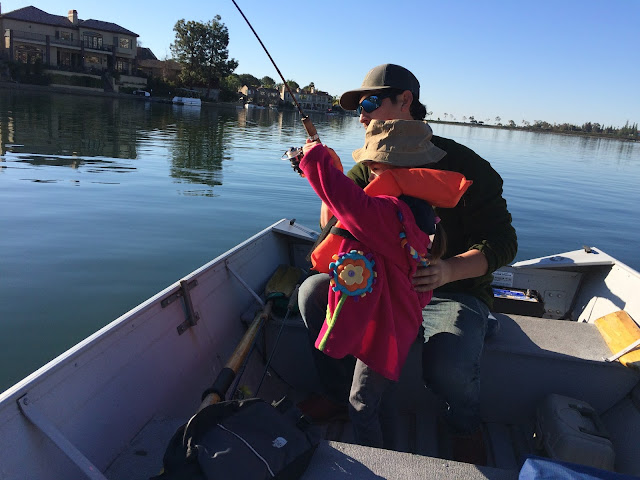 I planned on both Chul and I fish flies and Juliette mess around with the spin gear.  It was not long before we were on a fish.  Chul had casted the rod for her and in no time at all was on a fish.  He handled the rod to Juliette and guided her on fighting the fish. 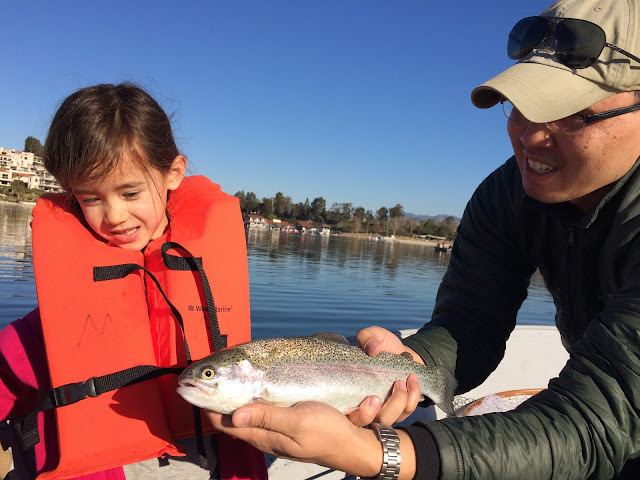 We landed the 15 inch Tailwater stocker in my new Brodin net.  We ready our selves for pictures to text back to her parents.  After a few I lost the grip of the rainbow and as it flopped around in the boat it scaring her somewhat.  But it was not long before she regained her confidence and began admiring her first catch. 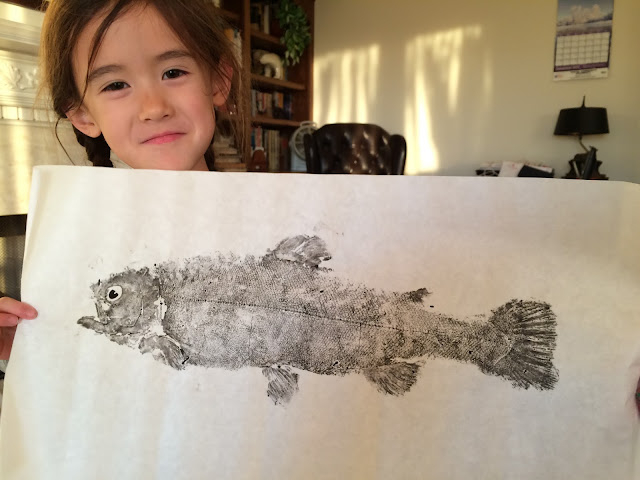 The fishing essentially shutdown after that and both fly fishermen came home without a catch.  After two hours we called it a day.  I've never seen Juliette so proud and excited.  When we came home she could not help but let everyone know how she did and to show off her first fish.  We had planned to watch the new Star Wars movie together in the afternoon but decided to memorialize her catch and make a gyotaku print of the fish instead.
Posted by gourmetsportsman at 2:06 PM