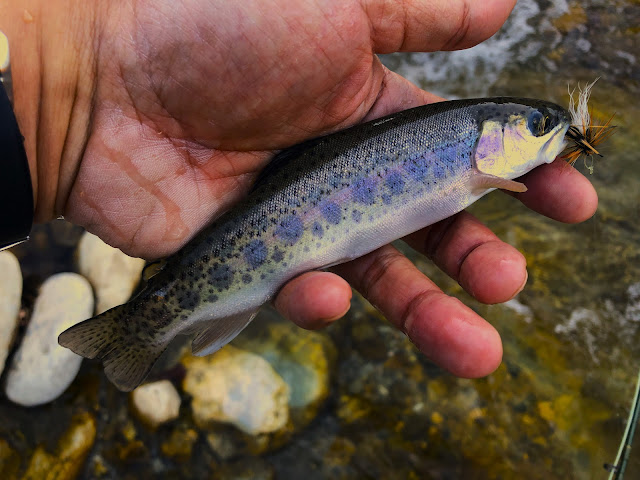 Plans are ever evolving and after deciding to hit the Kern I get a text that due to back pain my fishing partner cancelled.  That was fine and let him know if he wakes up in the morning feeling better we ought to try a local instead.  By 6am I receive a text and we made plans to head out later in the morning.  Initially we were to fish an easy to access river that I fished on my last outing but decided to go further into the San Gabes to an area we tried to fish last year only to be stopped by a road closure.
The last time we fished this place was in 2012 and it was loaded with fish.  Although just about every place you thought they'd be fish it yielded a fish.  Fish ranged in the smaller range for that time with fish up to 10 inches with Chul spotting a 14 in an impossible to fish crisscrossed fallen branches.  Now with the drought hitting us hard those days are long over.  We'd manage a few fish here and there.  I'd be more rises and swipes at my fly than actual hook ups.  Most fish were in the dink to micro-dink range with one or two fish in the 6-7 range. 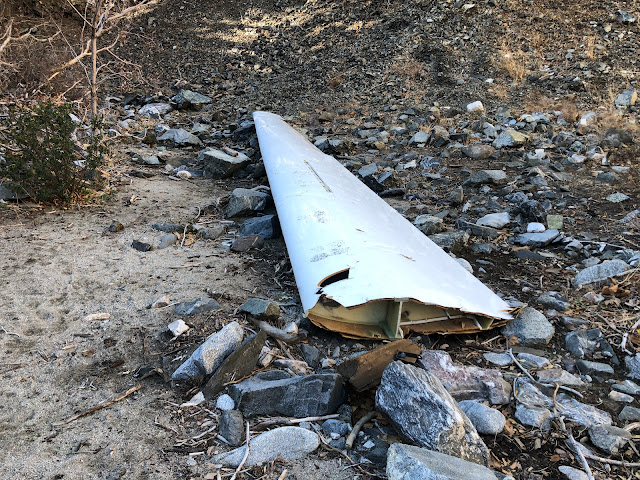 We started at the parking lot and fish were there.  I landed one, a dink, on the first few casts.  Chul called me up and told me to fish a pool he spotted a nice fish. I missed that fish as the sun's glare off the water was blinding me.  We'd moved upstream into the canyon and while on the trail found the wreckage of a small plane.  I could only find the wing and nothing else.  We did some holiday appropriate mistletoe as well. 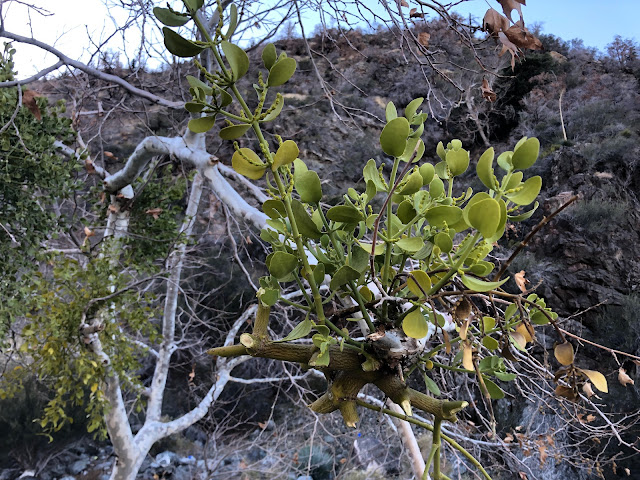 Posted by gourmetsportsman at 11:41 AM