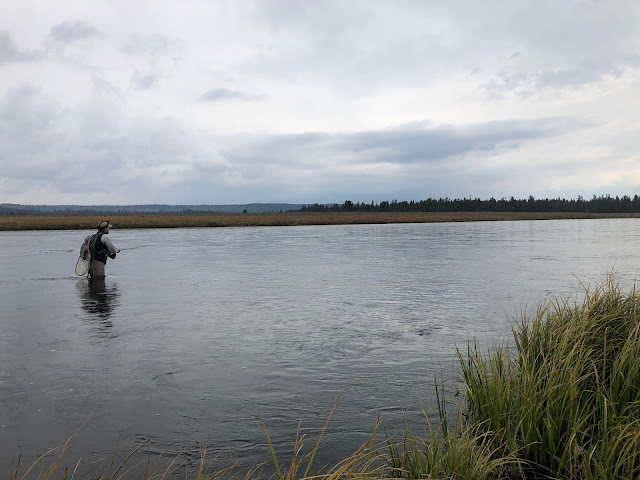 Well rested after a nice hot shower and a clean comfortable bed, our first for the trip, we decided to take Galloup's advise and eat breakfast at the Campfire Lodge.   According to Kelly it's the best breakfast in the area.  While on the road we noticed the clouds coming in from the Yellowstone area.  Forecasts called for rain and we were going to get wet.  The first foul weather we'd run into the whole time. 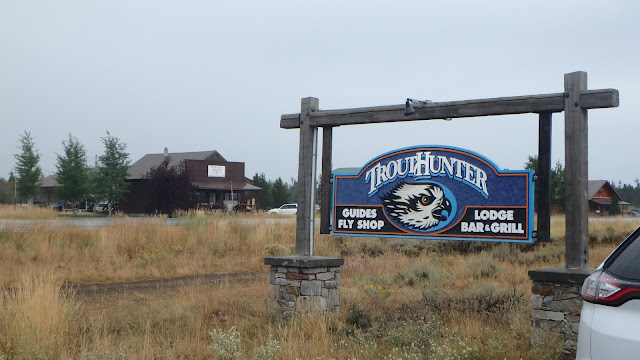 After breakfast we made our way toward Idaho and more specifically the Henry's Fork.  First stop was in Island Park and the TroutHunter shop for licenses, a river map intel, tippet and flies.  The shop manager was another ex-Southern Californian, this time for Ventura.  He gave us the scoop on how to fish, what fly to fish and specially where to fish.  As a Californian it always surprises me when I travel out of state to fish that people are so open with their fishing locations and methods.  People are so free with the info unlike here where we keep everything close to the vest.  You'll mostly get vague generic info from most anglers and shops in California until you reach clique status.  Not sure if that's always a good thing but I appreciate both approaches.  My point is Californians are assholes and we generally know it.  People seem much kinder once you move inward or even upwards away from the Golden State. 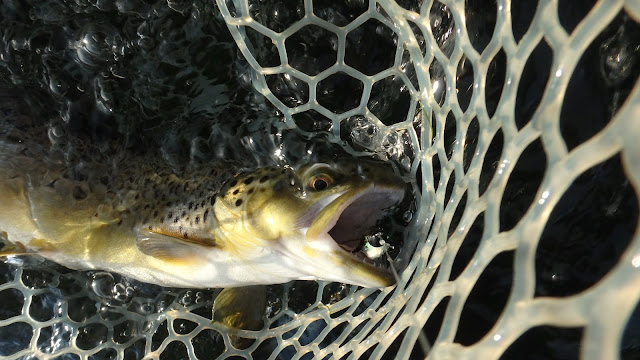 On the recommendation of the shop we'd start fishing just outside the shop.  The rain was now starting to pick up and temperature starting to dip.  I was too lazy and tried to put on waders or even my wading boots to wet wade.  Exhausted I simply was not in the mood to put on wet shoes.  I figured I just fish off the banks.  My buddy put on his wading boots and we made our way to the water.  We'd walk few hundred yards downstream and started fishing when we saw rising fish. 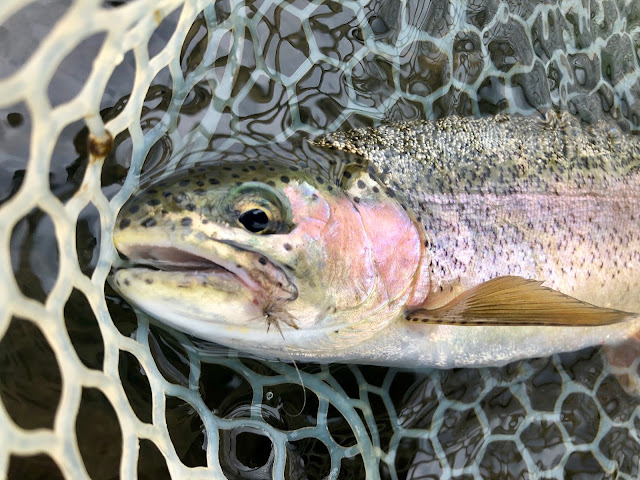 I'd fish from the bank and couldn't get a decent drift.  All the while my fishing buddy was getting fish.  Frustrated I returned to the truck and put the waders and boots on and returned.  I finally manged to get some fish to take and landed a dink.  A couple of researchers were walking along the bank and I was too ashamed to let them see my dink so I waited until they passed until I brought it to hand. 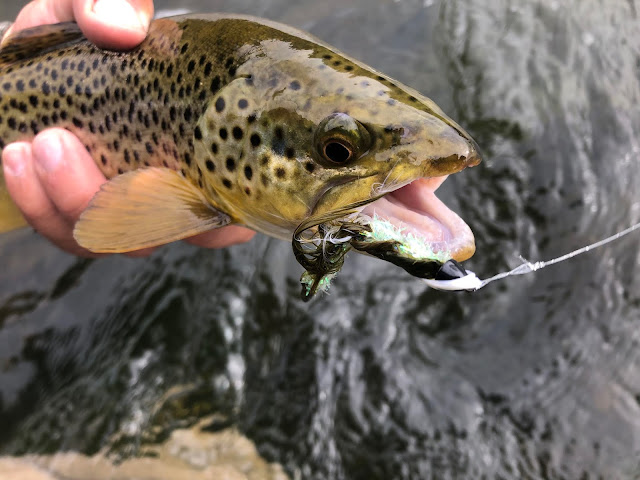 Once the fish stopped rising we continued south and hit the Three River Fly Shop after lunch for info around the Ashton area.  Again another Californian, this time from Glendale, was there helping in the shop.  We'd throw streamers most of the time until sundown when we switched to mice patterns we'd picked up at the shop.  Just before it was too dark to fish we made our way out and on our way home but not before stopping at the Salt Lake City area for the night.  The following day we'd made the long drive home. 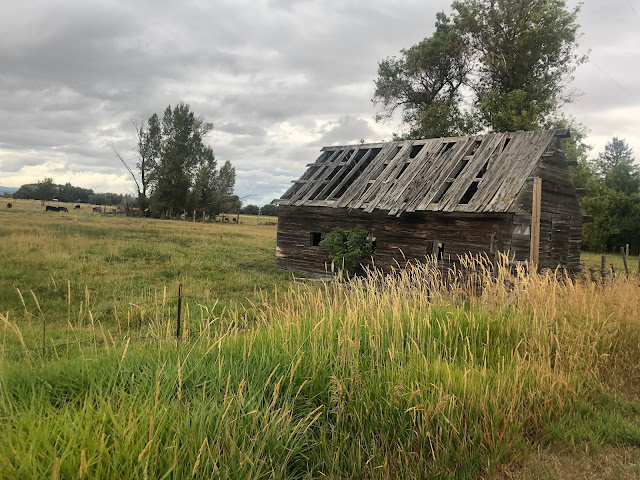 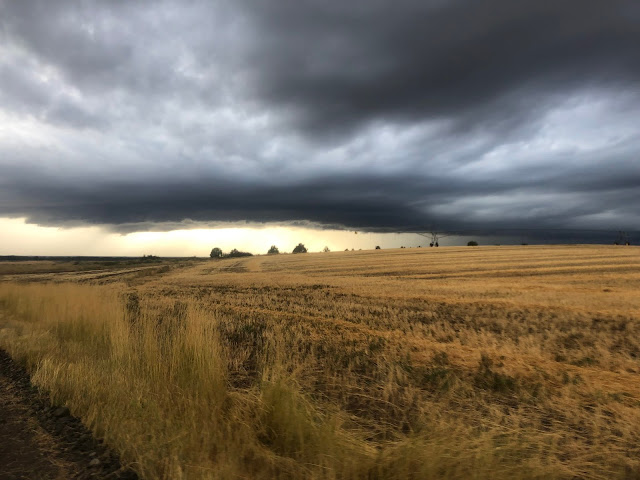 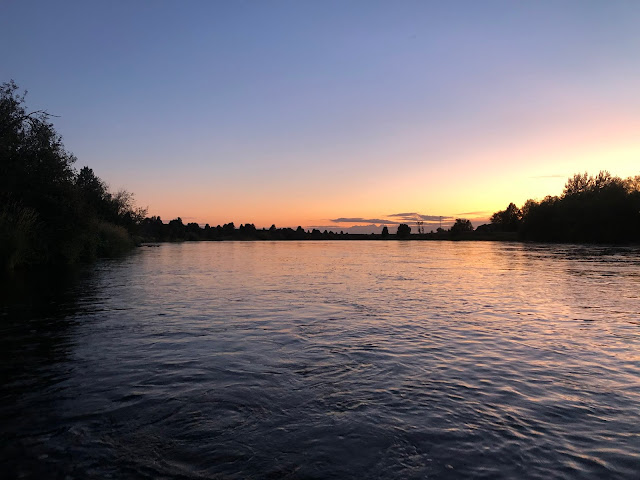 Posted by gourmetsportsman at 11:19 AM