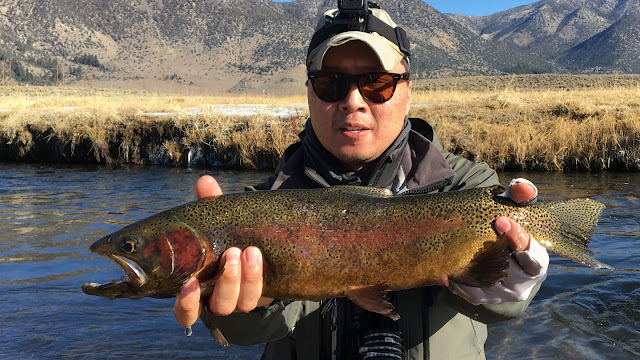 After the dismal showing of the previous day, we had decided to head up to the East Walker but after checking that flows had been raised a few days before we decided against it.  Another night of two hours of sleep.  I managed to fall asleep quite easily but woke up an hour after doing so as I could not comfortably set the heater to a consistent level.  The room was so stuffy it was hard to breathe.  I must have adjusted that thing a dozen times.  Also it didn't help that my fishing buddy had mentioned every disgusting thing in the room, such as the carpet wasn't vacuumed, the moldy chalking in the shower, the disgusting mess behind the bedside table.   I realize it's roach motel but I do not want to hear about it.  When staying in these types of dumps, the best policy is out of sight out of mind.  The whole night was obsessing who disgusting the place was.  My buddy woke at 5am and asked me why I'm still up.  After that I managed to get another hour in before waking up. 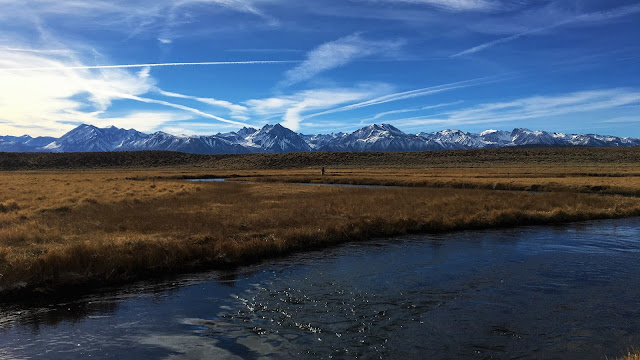 We headed up after a breakfast burrito and tried to start fishing at one of our favorite holes.  It was already taken so we fished just below it and I manged two resident fish.  Nothing substantial or anything to write home about but the skunk was off early unlike the day prior.  It was cold in the morning in the mid 30s.  Frost was still on the grass.  We decided to head further upstream and fish from there. 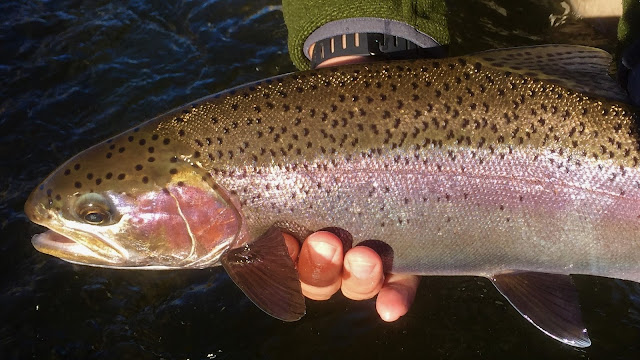 Upstream was already filled with fishermen but we managed to find a few spots that were untouched.  Between 10-noon the fishing picked up as the air heated.  We managed a couple of nice migratory specimens in the process.  We headed for lunch at the truck a few miles away.   Now in the 60s, I wanted to start shedding layers as we made our way back.  Fishing was tough but at least we managed a few .  After a long lunch talking we fellow anglers parked near us we decided to take it easy and fish small dry flies at Hot Creek. 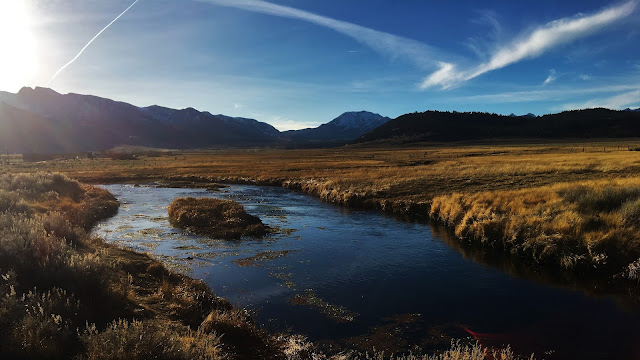 I didn't have any tapered leaders on me, so I used an old worn out leader Chul had in his vest.  I added some tippet of 5x and 6x to lengthen it to 9.5 to 10 feet and headed to the Interpretive site of the water. 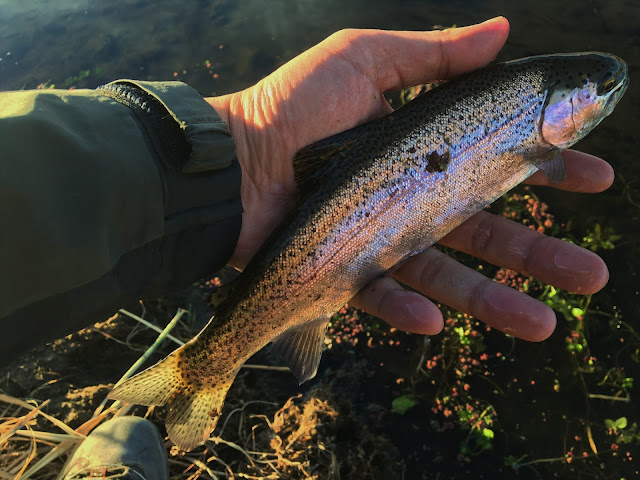 We had an hour of light left and fish were already rising.  None were of any size.  I've never fished this section so I went upstream a bit to check it out as my fishing partner took the first hole we saw rising fish.  After fishing a few holes but none were very productive and the fact that the setting sun was blinding me I headed back to my buddy.  He asked me if I wanted to fish his hole and I took it.  I casted my comparadun without any success and the Chul gave me one of his flies, a BWO emerger.  It was not long before I was onto some fish.  After a few fish it seemed a lot of weeds were floating downstream and the fishing ceased which was fine as we basically had our fill for the day.  It was nice change of pace from the fishing we were doing just a few hours before. To be continued for the final day...

Posted by gourmetsportsman at 9:46 PM