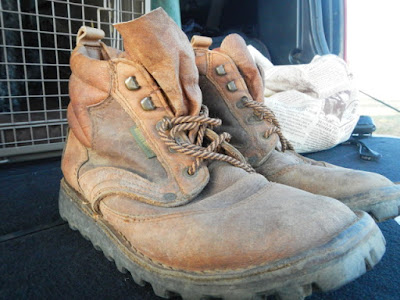 Dove season is upon us.  That means waking up early and heading off to the desert sweating our balls off in 100 degree weathereven before the sun rises.  For the most part dove hunting is a pass shooting affair and what you'd normally wear for a quail hunt is generally not needed.  Years ago I realized that and adapted my gear to mirror that of African professional hunters.  After all they spend most their days in 100 degree weather searching for that monster duggaboy.  If I do hunt doves south, I look like I'm on a 10 day safari, but instead of carrying a .470NE double I'd be carrying a 12 or 20 gauge side by side. 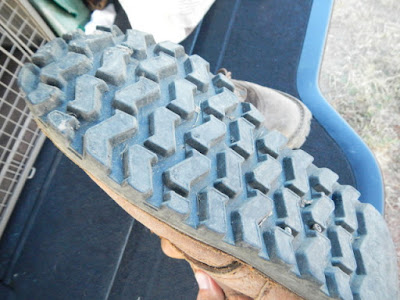 Besides the Tag Safari shirt and shorts, I bought years ago the Westley Richards Courteney Selous Boot.  These boots are made in Zimbabwe entirely from game skins.  Stitched entirely by hand, each boot comes with is own serial number imprinted on it.  Unlike most modern boots, the soles are stitched on and are soft that gives great feel of the ground.  Although it is not necessary for bird hunting but vital when stalking through the bush while going after a member of the Big Five particularly if wounded.  There is plenty of thread providing excellent traction if climbing but I wouldn't be climbing any scree mountains anytime soon.  That however is unlikely for the SoCal Dove scene.  For the most part hiking is done in or around farm fields and the only climbing is over a ditch.  So the boots suit this type of hunting. 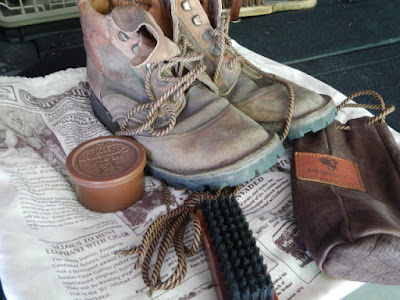 A traveling sack is provided along with polish, spare laces, and brush.  Boots are labeled in UK sizes.  Westley Richards suggest you order a half size smaller to approximate US sizing.  While I did do this when ordering, sizing was still off slightly for me.  I need to wear thick wool socks in order to fit mine.  While this is fine for me and my purposes, many African hunters hunt without socks for a few reasons.  One, its hotter than hell in the dark continent but also it provides better feel to the ground.  You'll feel a twig at your feet before you snap it and spook the game you're stalking. So it you're buying these for Africa, you may want to take that into consideration.

These boots are not cheap, currently at $369.  Five or so years ago, I paid less than $285 for mine so they have gone up considerably from then.  I'm not sure if that is a result of a weak dollar or the cost of higher raw material or what.  I once had a hunting acquaintances that thought I was nuts for buying a pair since, according to him, these boots in its home country of Zimbabwe, they go for extremely cheap.  I do not recall what he claimed but it was something like $20 or thereabouts.  Whether or not that is true I old him I don't care and  I countered that the crappy Nike shoes he wears for everyday use, costs Nike somewhere around $5 to make and they retail for several hundreds and are made in China.  He quickly shut up afterwards.  Also since I had no recent plans on traveling to Zimbabwe and if I did I'd buy a another pair at the local price.

One day I hope to actual wear these boots for their intended purpose- that is hunting in Africa.  Until then I just have to wear them during the dove season.  Although that is becoming less and less because of all the knuckleheads out afield that have ruined dove hunting for me (and others).  I do wear these while birddog training during the summer as well but that too seems to become less and less these days. At any rate these are nice boots.  Pricey but nice boots nonetheless.
Posted by gourmetsportsman at 5:45 PM