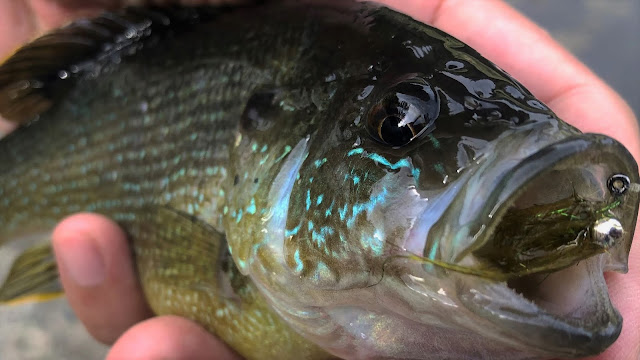 Jacob and I took to the mountains to check out some section of water that we've both never fished but have always wanted to explore.  It was a scorcher and after hiking for a while and fishing without any luck we gave up on it.  The water was raging and deep.  We gave up on it and choose to leave to fish for some alpine bass. 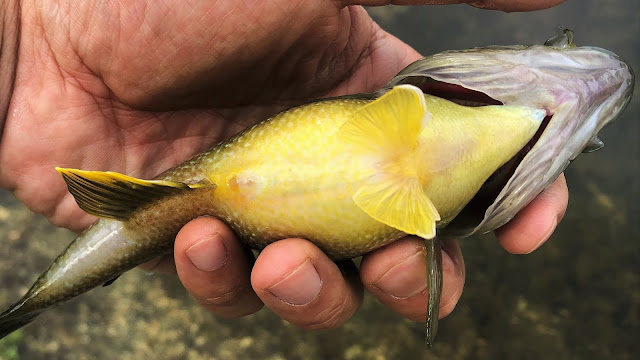 We arrived at the pond and fished for several hours.  There were a few bass still on beds but the beds were mostly occupied by the sunfish.  I manged only one small trout shaped juvenile bass losing a few that came undone.  For whatever reason these fish are hard to keep on the hook, they have a habit of spitting the fly.  That includes the sunfish as well.  I managed several green sunfish this trip that eluded me on the last.  One in particular was a beer bellied version ready to burst.
Posted by gourmetsportsman at 10:36 PM