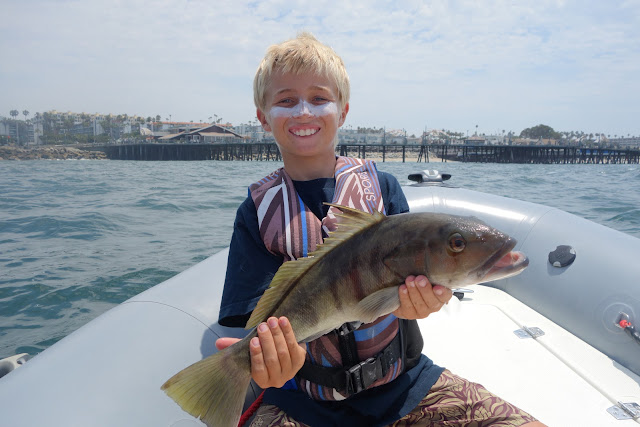 I went out Saturday once again in search of yellows.  This time there were no private or party boats there to keep the fish localized with bait.  Despite that there were several kayakers who were getting a few.  So the hope wasn't lost but made more difficult for a guy pitching flies. 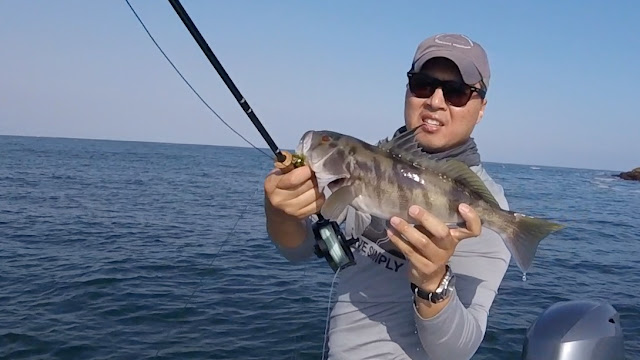 I could not manage a yellow but did get into some nice bass up to two pounds.  Most were sandies but I did manage a handful of calicos as well.  I headed back to head my buddy install the fish finder and GPS to the zodiac. 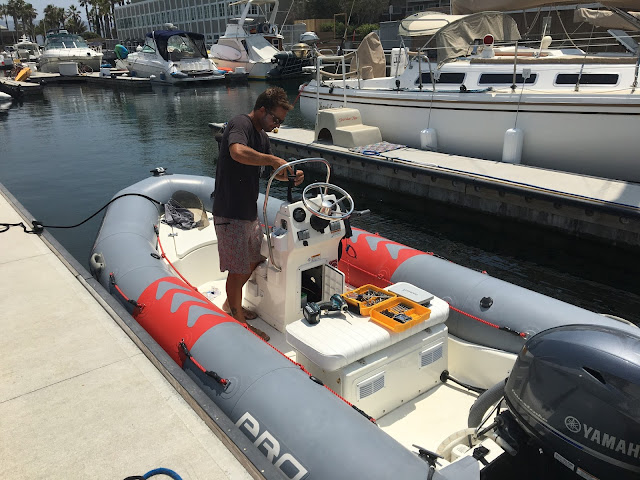 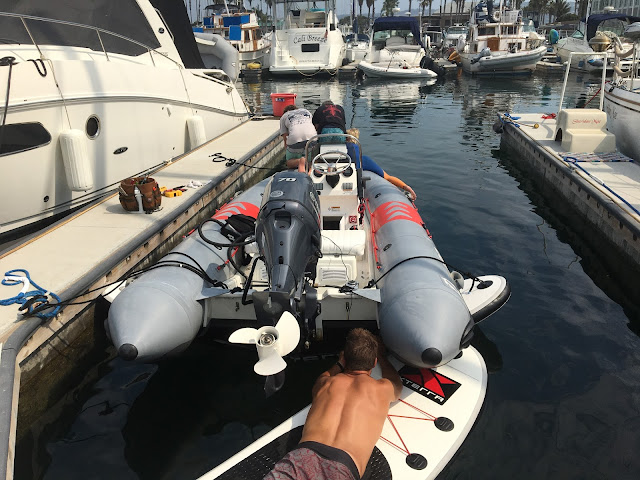 After dinner I decided to stay the night and fish the following day.  I slept on his big boat which was more comfortable and spacious than I thought it would be.  When I awoke 7 in the morning, I decided to give the new finder a spin and stayed with in the marina fishing looking for a group of 40 bonito that tend to stay in a particular area.  I managed to hook up early and to my surprise I managed a 14 inch white seabass.  Unfortunately I did not get a pic of it as it popped off just as I grabbed it.  I haven't caught one of those in years and I definitely do not have one on digital film. 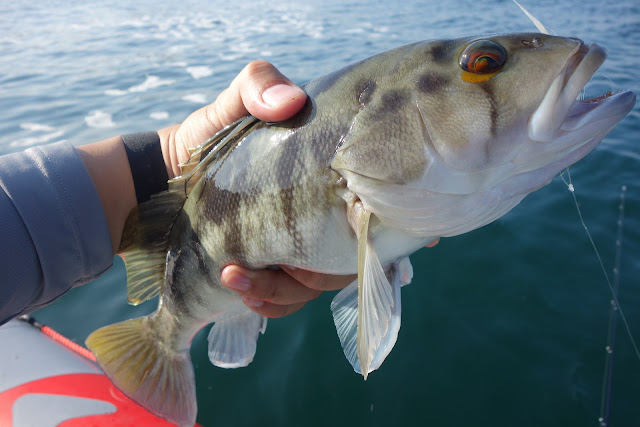 After an hour I docked the zodiac to wait of the ideal tide to start fishing the outside.  Joel having talked to his buddy who fished Saturday let us know we ought to fish sometime at mid incoming tide.  So I waited until 11am before heading out with Joel's son.  He would fish traditional gear and I would be on the fly.  I spoke with a couple kayakers how the morning was and he told me it was slow.  So it was a good plan to wait until later to come out.On the first cast I managed a respectable calico and then preceded to catch two more in the smaller range before Owen wanted to change lures.  I put him on a iron and it was not long before he got bite.  It was a long runner and Owen tried his best to get him in but it came loose before we could see what it was.  A yellow perhaps?  We'll never know.  We moved to another section that was metering a ton of fish.  I manged more compact sized fish.  Owen managed a hard fighting fish.  Beforehand he'd asked me if I'd help him reel it in if he got another one, normally I would have liked him to do it all himself but since he lost his last one I agreed.  He fought his fish for a while before he asked me to help.  I reeled it in and landed it for him.   After a few pictures he wanted to go back in and despite the fact it was primetime for a yellow bite we came in.
Posted by gourmetsportsman at 11:15 PM