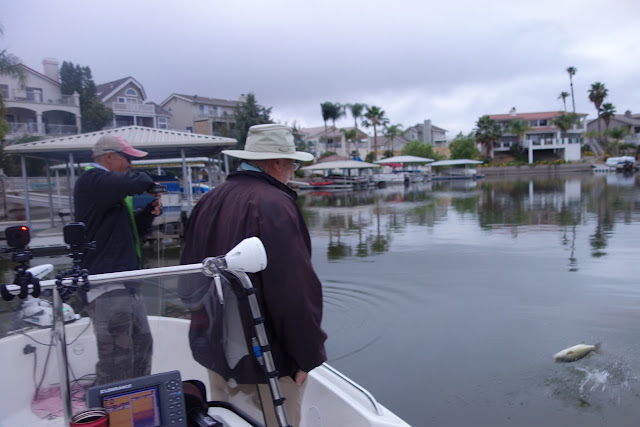 As I mentioned in my previous post, I called Luc and asked him if he'd be willing to take my buddy Koji out at Canyon Lake.  I had told him I didn't need to fish and I would simply record the whole outing. He was going to have none of that and told me he was going to guide us.  I fished with Luc on two previous weekends.  Both times it was tough.  Luc managed a few but I came home with the skunk both times.  I had my opportunities including one that was in the four pound range, but missed it.  I let Koji know you'll get your opportunities but you better make the most of them as the window of good fishing is short. 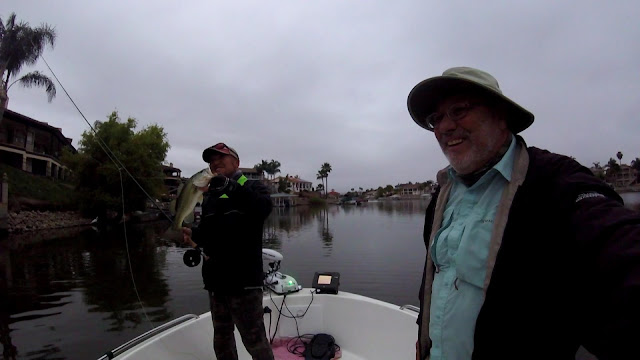 We woke up early around 3am to make sure I could get Koji something to eat ad coffee before we met Luc at 4:45am.  We arrived early and waited for Luc to come out of his house.  We them made our way to the east end dock.  I had told Koji to rig up the night before as we wouldn't have time to do it on the boat as once we were on the water we'd be fishing.  Also since the window for good fishing is short, we did not want to waste any time.  When we reached the water we could tell that the fly Koji picked was too wind resistant to his rig.  He swapped out the fly for a Iwai Minnow fly and he was casting like a pro.  It was not long before he got his his largemouth of the day.  Luc was ecstatic. I've seen it before when he knows its going to be tough and he managed to get you a fish he gets jacked.  He gets more excited than the fisherman.  Luc had texted the night before he fished with John and while they manged five fish to hand and multiple blow ups, once the wind picked up the fishing shut down completely.  Forecasts were windy all day on Sunday.  He wasn't expecting much.  I warned Koji don't expect much. 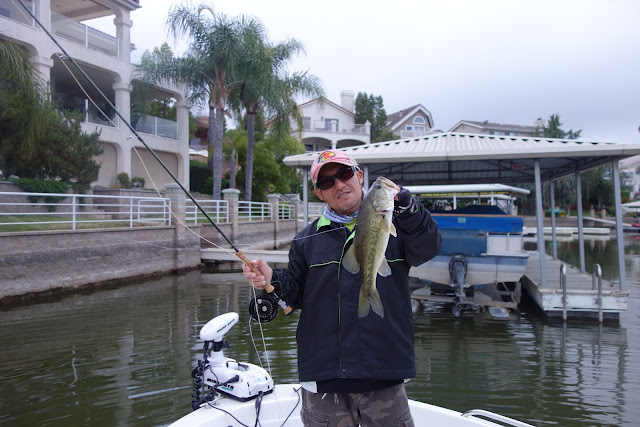 It was not long when Koji hooked up on another.  I had already missed two which seemed to continue my theme of sucking lately at Canyon.  So when Koji got his next Luc's exact words were "We've already had more than I was expecting." 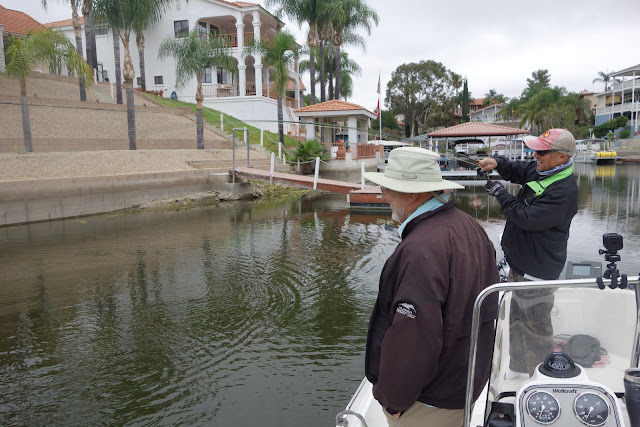 At around 6:45am the wind was starting to make Luc concerned and we moved to some protected coves.  Koji managed another. 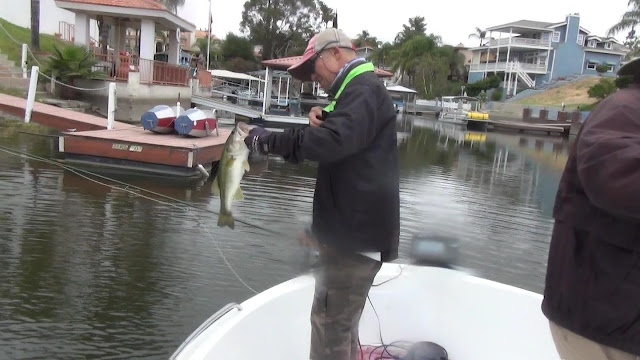 Time passed and Koji managed another one.  Luc moved the boat to one of his honey holes.  I role casted my fly into the direction of where we going to fish and waited for a casting lane to open for me.  After about 30 seconds a five pounder blow up on my fly.  Of course I wasn't ready, in fact was wasn't even fishing at the time so I couldn't hook him.  Seemed the perfect metaphor for my Canyon trips lately.   Fishing slowed significantly by now.  Koji had broke his leader and started to rerig.  Luc decided to take the helm for the time being until Koji was ready once again.  Luc managed a swirl but no hook up. 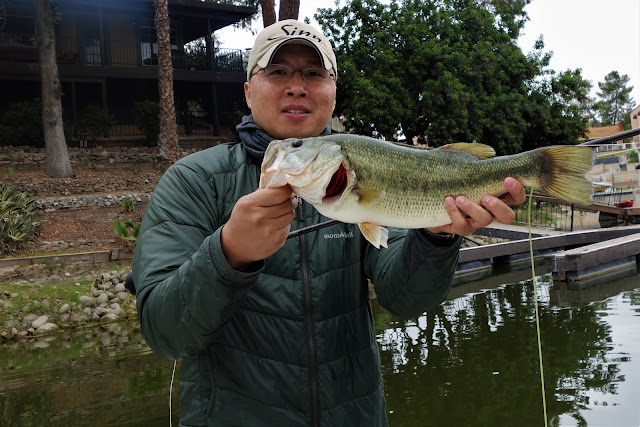 We would try one last cove before Luc was going to call it a day.  One the last spot I finally managed to get my bass.  After three trips multiple misses I finally got one hand.  The curse now lifted.  With that it was the end of Koji's topwater freshwater bass trip. 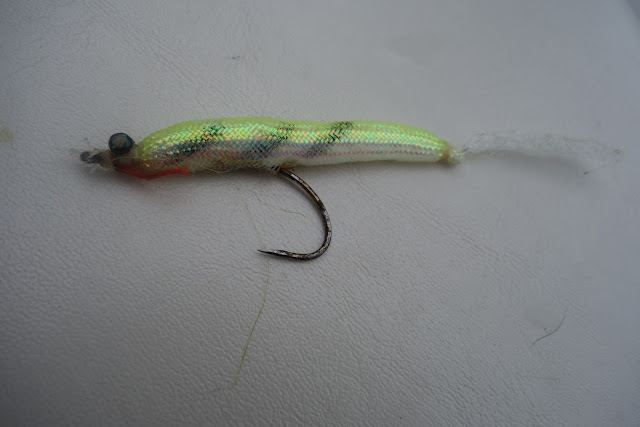 Koji was using the Iwai Minnow, also known as the Magic Minnow.  It's a Japanese variation of a Jack Gartside fly.  I've used it with great success particularly at Barrett with a sinking line.  Luc was quite impressed with it and asked if he could have Koji's.  Without hesitation, Koji obliged. 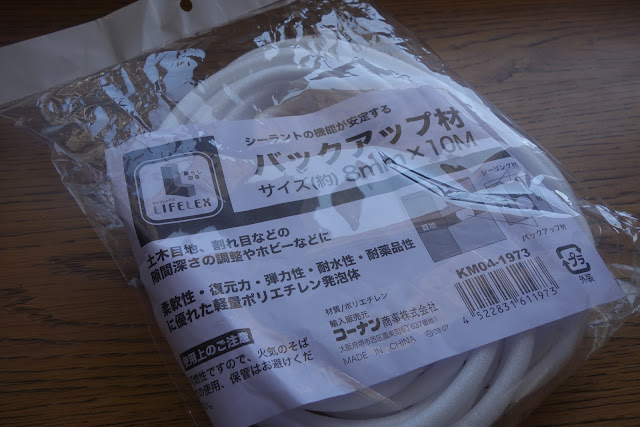 This fly is made from a tubular foam used for insulation in Japanese construction.  I asked Koji on my time to Japan if there was a place we could stop to pick some up on the way to our fishing grounds in Yamanashi.  Unfortunately there was none on the way so I just forgot about it.  Koji brought me some. 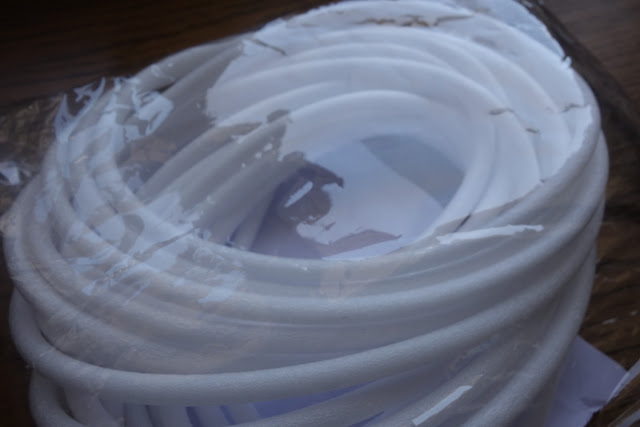 I let Luc know that Koji brought me enough material to last a lifetime and that I could tie him a bunch of these Iwai Minnows.  We drove back to my place to shower and take a nap before heading out once again for some more bay fishing at King's Harbor. 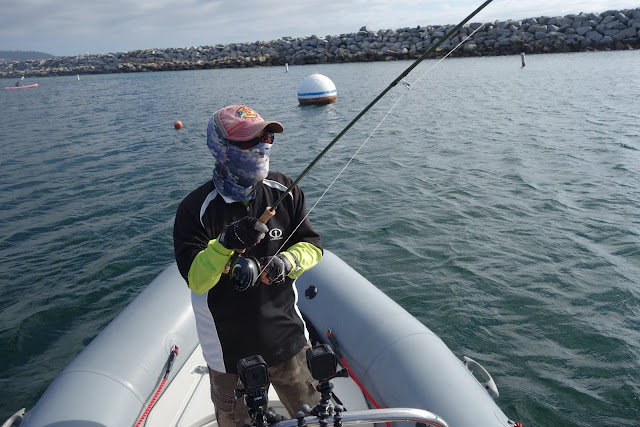 I didn't get a chance to nap as I was trying to offload my videos on my Gopro to my laptop but since my computer was giving me the fits, I had to fix it.  By the time I had it dialed in and the data offloaded Koji had already woken up.  So we headed for lunch and then to the bay. 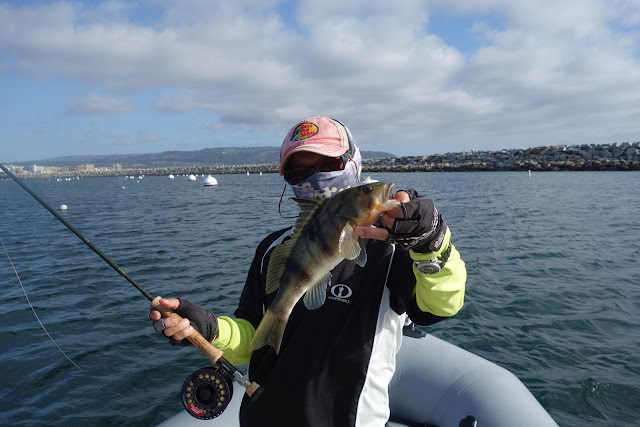 Again the tides were less than ideal but we had to make the best of it.  Wind was blowing quite hard all day.  Controlling the boat was quite the pain.  Koji had a 9:48 flight to catch which meant we needed to stop fishing around 6pm or so, so I could get him on his flight. 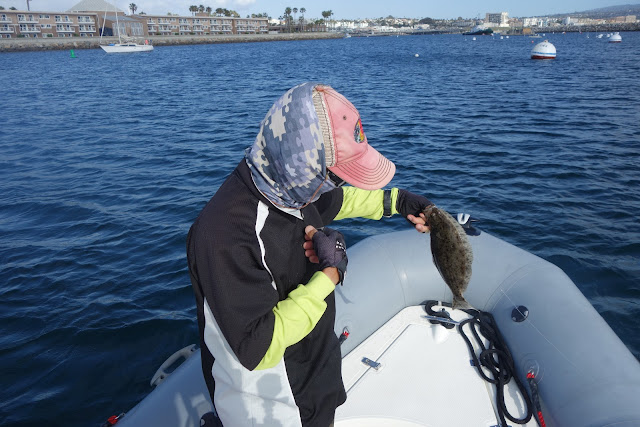 Fishing was tougher this day but Koji still a managed a few bass both sand and calico along with a halibut.  By 6pm brought the boat back to the dock, I told Koji to take a shower at the restroom while hosed down the boat.  I managed to get him to LAX on time and since I didn't hear from him I assume he made his flight to Panama.  All in all not bad couple days of fishing.
Posted by gourmetsportsman at 5:13 PM