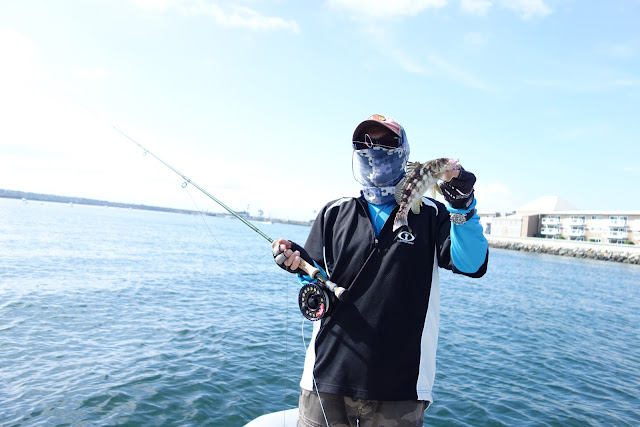 I got an email from my buddy, Koji, that he might have a couple days layover here in LA before his business trip to Central and South America.  He'd asked for me to arrange some fishing opportunities for him.  On his pasts trips here to California I had taken him to a few places, one of which was Newport Bay.  Fishing was alright and Koji manage to get all the saltwater bass species among other fish.  He'd asked if he could fish that again.  I haven't fished Newport for some time now so I checked pricing for rental boats.  Pricing has increased to the point of it not being worth it.  In addition, since he's flight was afternoon on a Saturday, we couldn't even reserve a boat for that day.  I already knew where I was going to take him Sunday morning, assuming Luc was game I would take him to Canyon Lake.  I decided to call my buddy Joel to see if I could use his small boat (he has a larger one) to putz around in the bay.  This offer has always been extended to me but I never took him up on it until now.  He was down and I asked if I could use it both Saturday and Sunday afternoons.  He agreed.  This made things super convenient as King's Harbor is only minutes away from LAX. 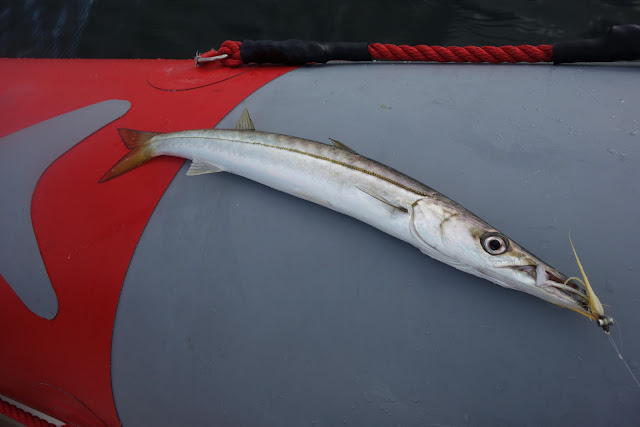 Friday I visited Joel so he could show me how to run the boat and so that I wouldn't look like an asshole out there.  After a brief tutorial and a run through the bay I was ready the next day to guide Koji around.  He arrived on time and was out of customs faster than I expected.  I picked him up at the airport and headed to the harbor.  We were fishing in no time.  I was a bit skeptical on our chances as the tide was not ideal.  Normally I wouldn't have even bothered fishing type of this tide but I had no choice.  We did better than expected catching a nice mixed bag of calicos, sandies, cudas, and mackerels.  I had warned Koji not to expect much but I think we did alright all things considered.  We ended the fishing at around 6:30pm since we were going to wake up early to meet Luc at Canyon next morning. 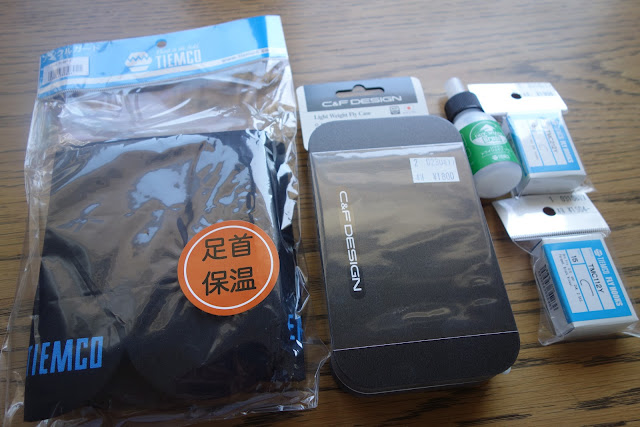 When I was in Japan about a month ago, on my last day I intended to go to the Sansui Shibuya store to pick up some items.  Unfortunately when I arrived it was closing early for the Golden Week holiday and so I missed out.  So when I heard Koji was coming to America, I asked him to pick those items up for me assuming he had the time.  Of course I'd repay him back when he got here.  He got me all the items I wanted and saved me some significant money from buying these items here in the States.
Posted by gourmetsportsman at 3:02 PM