Patina On My New Opinel No. 9 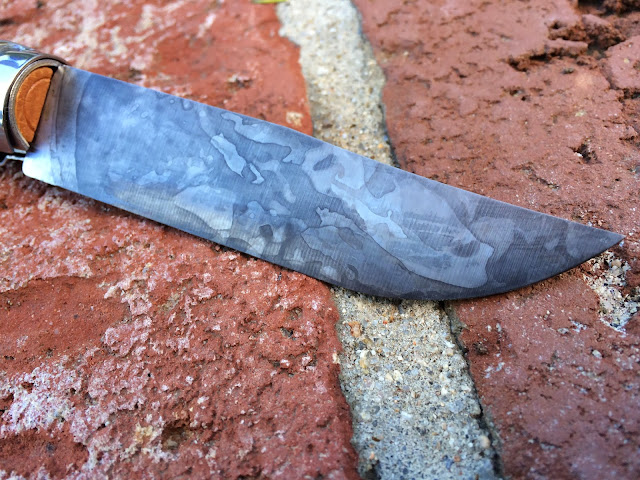 I've been so enamored by my Opinel No.8 that I bought not long ago that I decided to pick up another. This time a size larger, No.9, and with a carbon steel blade.  I debated long and hard when I initially picked up my first Opinel whether to go with a stainless or carbon blade.  Ultimately I chose a stainless steel fearing that I would eventually get lazy and fail to properly maintain it and it would rust.
After using the No.8 for about a month, I feel in love with it.  I started searching the internet admiring patinas that carbon blades acquire.  I began beating myself for not buying the carbon blade instead.  To ease my pain I just decided to pick up another knife. 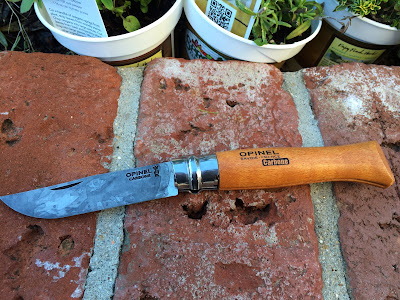 Carbon blades require more attention than stainless steel blades as they are more prone to rust if not taken care of properly.  One unique feature is that they patina as you use them.  It's a chemical reaction that changes the color of the steel and adds a protective layer to the steel.  But to me that is not the reason, patina simply is aesthetically appealing and full of character.  Some like a uniform patina or a man made design but that's not for me.  I prefer a random pattern.  It's like a poor man's case coloring. 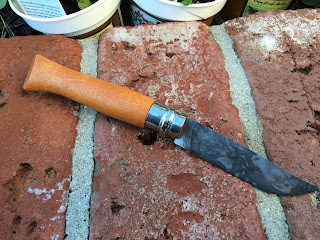 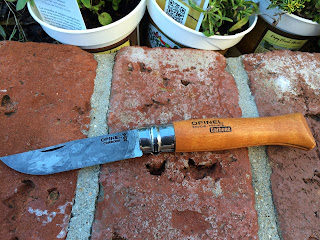 Many force patinas by stabbing their knives in a potato or wrapping a vinegar drenched paper towel around the blade or covering the blade in mustard for an hour or two.  I debated if I wanted to force a patina or to just allow it to happen naturally. I spent a first few days using the knife for normal kitchen duties and it slowly created some patina. I grew impatient and grabbed a lemon and stabbed it with the blade and kept it there for over an hour. The blade has now starting to build some character and will improve with age.  I'm digging the carbon so much I imagine the No.8 will not get much use anymore. 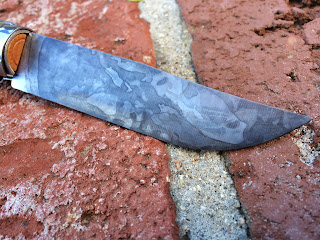 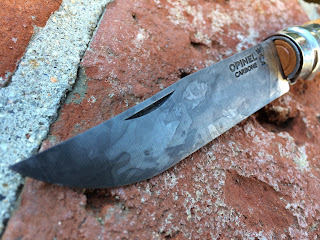 Posted by gourmetsportsman at 10:16 AM