California, I Have Two Words For You 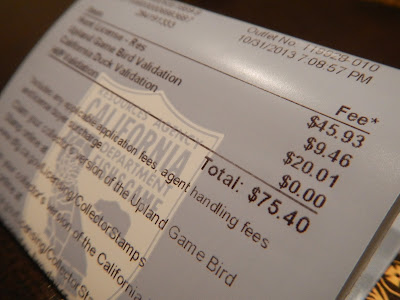 Can you figure out what those two words are?  I'll give you a hint, the second word is YOU.  The first word starts with a F.  Many of my sportsmen buddies come from out of state.  I have yet to figure out why anyone would want to move here.  This place is a dump.  Don't be fooled by the glitz, it's a true shit hole whether your a hunter, fisherman or not.

The People's Republic of California recently passed a law outlawing all lead shot for hunting by 2019 despite the urging from the Game Wardens Association to veto the law.  The price of admission now is starting to get ridiculous.    Its now costs a resident $90.40 for all the stamps to hunt upland and waterfowl.  At this rate we'll have European-style pricing and this sport will be left only to the wealthy few. 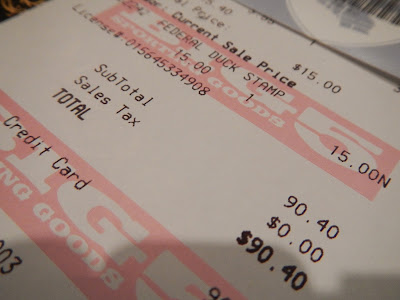 I recall buying a hunting license in Utah and the dealer was complaining of the pricing for in state residents.  I laughed and told him despite the fact I was to pay out of state fees its was still far cheaper than my CA license.

Rant off.  I have a lot more to rage about California but I'll leave it at this for now.
Posted by gourmetsportsman at 8:03 PM

Email ThisBlogThis!Share to TwitterShare to FacebookShare to Pinterest
Labels: wingshooting