Taking a Look at New Water 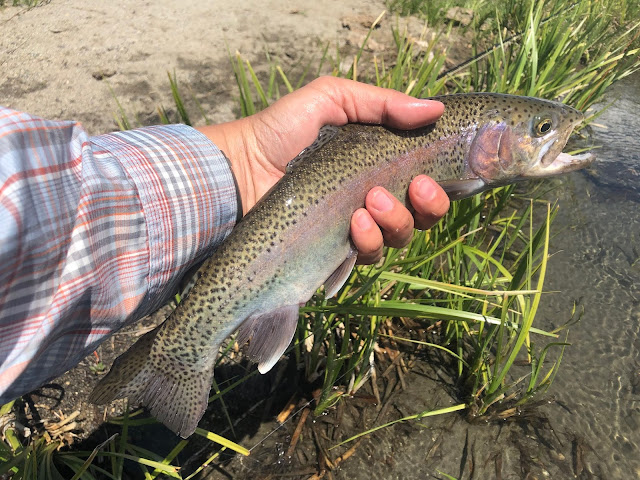 I went to bed exhausted and fell asleep early around 9ish.  I thought I'd have a nice long sleep but woke at 11:30pm and was awake for of the night into the next morning.  I think I managed to fall asleep again at around 5am only to wake up an hour or so later.  After breakfast we packed the truck and cleaned the apartment before heading out to some new water (for me). 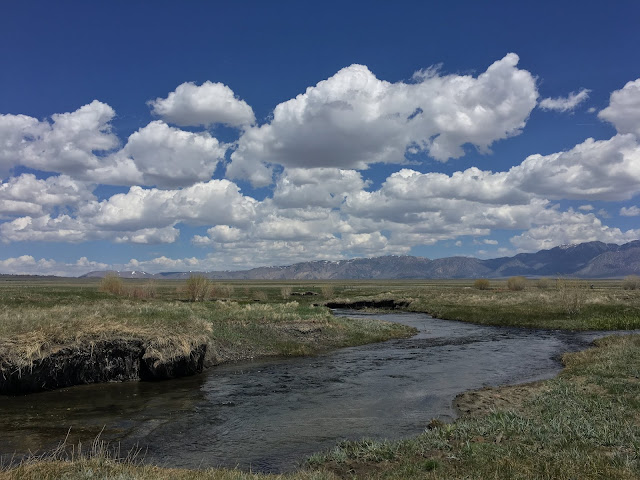 Having driven past this water hundreds of times, I've never actually fished it despite wanting to for ages.  Kelly has fished here so he took the lead and we hiked into the field bypassing much of the water toward the parking lot.  After climbing a fences we made it to some good looking water.  I wasn't sure if the cutties had started their migration into the water yet and left my egg box in the truck. 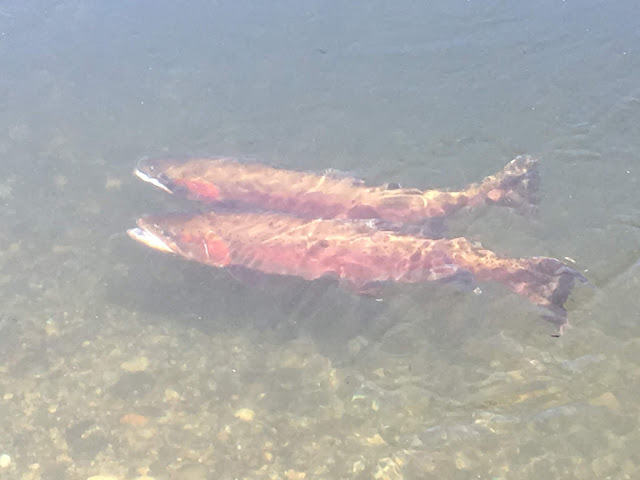 Well they were in the system and saw a pair doing their thing.  I moved down to and targeted a hole with rainbows waiting to intercept eggs drifting past them.  Without any eggs on me I drifted my nymphs past them.  The hole was only a few feet deep and I highsticked my nymph through it.  Several times my flies were taken but I couldn't get a proper hook set.  Eventually I managed to get one one.  We wanted to get out somewhat early so after a few more drifts I hoofed it upstream to meet up with Kelly.  Along the way I aided a fellow angler with a pic cuttie he just landed. 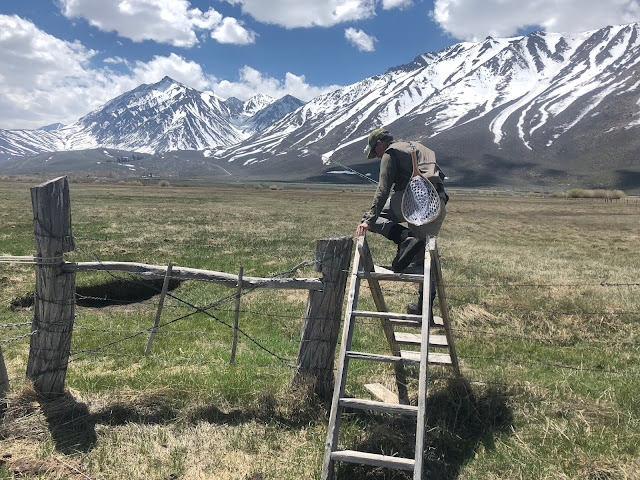 I met up with KB and asked how he did.  Not so well and we fished here and there as we moved closer to the jeep.  Evetually though we just gave up as the wind was simply too much to bare.  It was time to head home.  Along the way we made a pit stop at the hatchery to check it out.  I've never been but Kelly suggested I take a look at it so I did.  He was right it was definitely worth a visit. 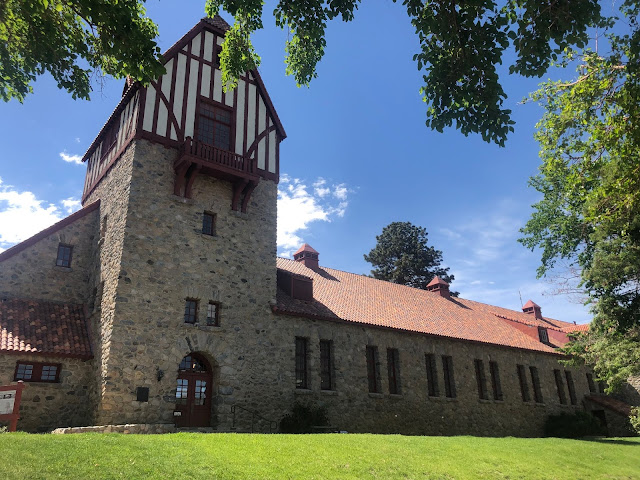