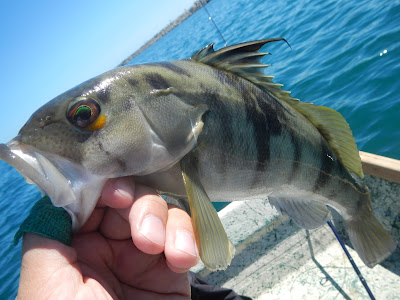 Its been too long since I wetted a line.  The usual suspect and I hit Newport Bay for a few hours this afternoon.  One my very first cast I felt the line go tight.  It did not fell like a fish at first until the fifth strip when it finally decided to shake its head.  It prove to be the only fish of the day for the both of us.  We didn't even get another strike.  Strong winds made fishing problematic and we quit after a few hours.  Afterwards it was time for some shrimp ten don and wait out rush hour traffic. 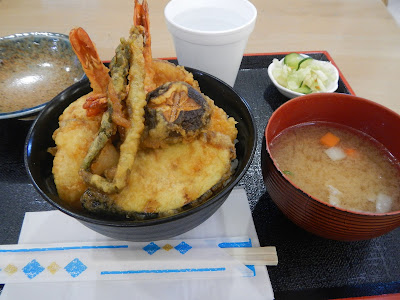 Posted by gourmetsportsman at 10:06 PM No comments: 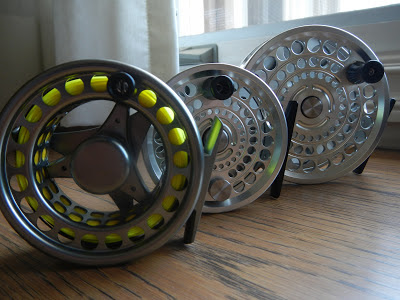 I picked up the folks from the airport yesterday and they had a nice care package for me in their luggage, a few reels they managed on discount and other nicknacks.  These three fine reels are a Danielsson LW 2Five, and two saltwater Wellstone reels a 7/8, and a 11/12. 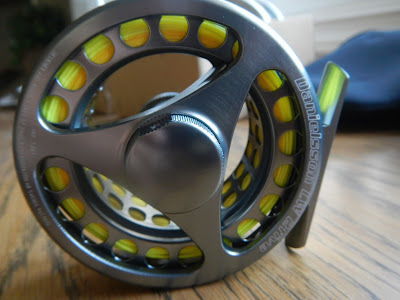 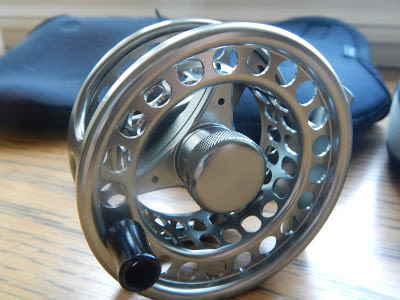 Danielssons are the OEM for Loop reels.  While both names are relatively unknown here in the states, Loops are becoming more and more popular as I'm seeing a lot more people (at least on the internet) using them.  Danielssons are made in Sweden and like what seems like all things Scandinavian they have a modern look and feel.  But unlike IKEA I didn't need to assemble this one.  This LW 2Five are now discontinued as it has been replaced with a newer model. 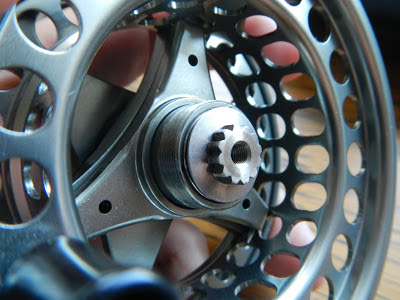 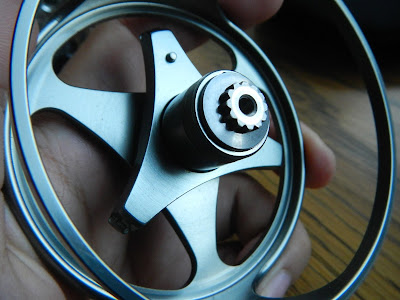 The drag is completely sealed and waterproof.  Playing around with it the drag seems strong and smooth.  This reel is rated for two to five weights.  Its lightweight and I plan on using it for my three weight.  I have a Teeny mini sink tip I want to use for bluegills that is perfect for our local lakes this summer.  One minor issue was switching from right hand to left hand retrieve is somewhat a pain, it requires you to dismantle the drag system with all its parts and flip the clutch over. 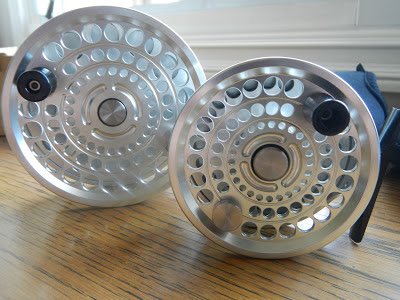 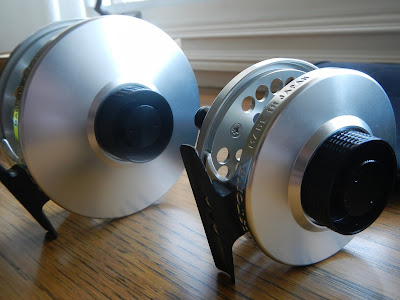 I have read about Wellstones Reels for a long time now, I first came across them 5 or 6 years ago in a Japanese Fly Fishing magazine I bought while there.  When I came home and researched them on the web I became more and more interested in them.  A few years ago Just Reels began selling them here in the States and I came very close to buying one but held off.  I learned recently they decided to stop importing them and sold their remaining inventory at a deep discount.  I was too late to snatch up the model I wanted.  So when my father called me from Japan and asked me if these Wellstones were any good I told him they are great.  Sansui in Yokohama had a few on sale and he went the following day to snatch a couple up. 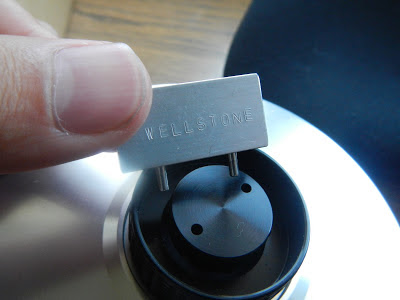 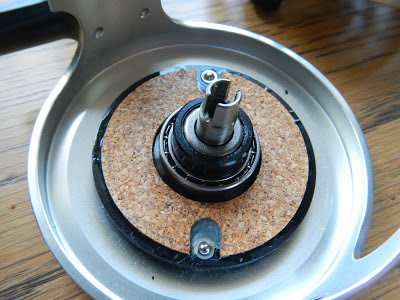 These reels are nice.  They are lightweight and smooth.  The drag is strong and appears to be consistent, Of course I wouldn't really know until I get a fish on it.  Opening the reel requires a key to remove the drag knob and helps prevent accidental knob removal when adjusting drag while playing a fish. 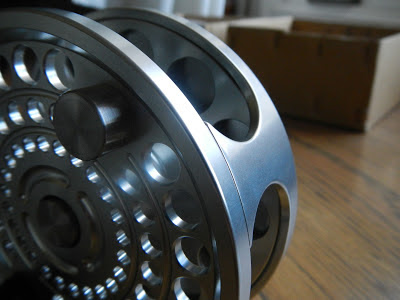 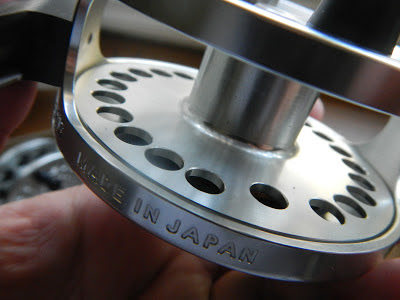 The rim is exposed to allow palming .  I'm not sure why these Wellstones were on sale but I'd guess it's because they are full arbor models.  The trend lately has been toward mid or large arbors so I'm guessing these did not sell too well this the sale.  I'm not sure there are too many manufacturers that actually sell full arbor reels any more. 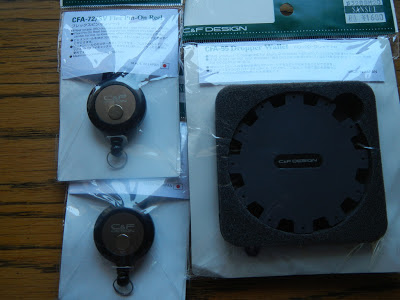 The nicknacks.  These were just some of the items I told my folks to pick up for me while in Japan.  These are C&F Design items that don't get imported here. 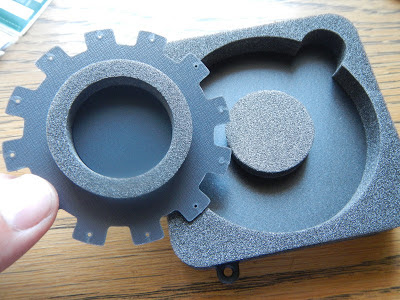 The Dropper wallet allows you to prerig some droppers.  I hate tying droppers in the field particularly on light line.  I have bad eyes and figure dexterity is compromised in cold weather.  Not a good combo. 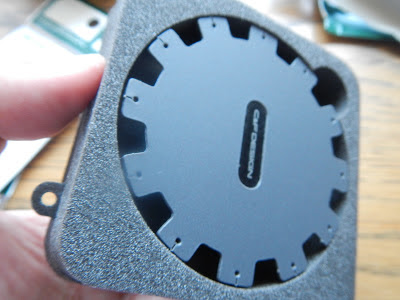 I have a few C&F fly boxes that have a dropper system like this encased in the fly box.  I wanted this wallet so I could switch out the wheel for different waters.  I can have one for small midges for the Lower Owens, medium ones for larger waters and ones for stoneflies for the bigger freestones. 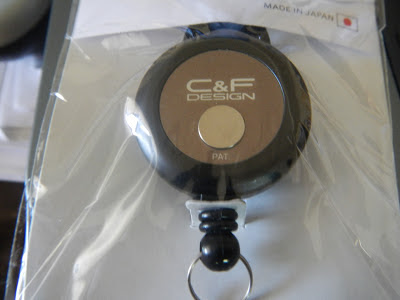 I got some C&F zingers.  I bought one the last time I was in Japan and liked them so much I wanted to get some more.  Unfortunately these don't come stateside.  Most if not all the zingers we can get are Chinese made junk.  They fall apart within seasons. 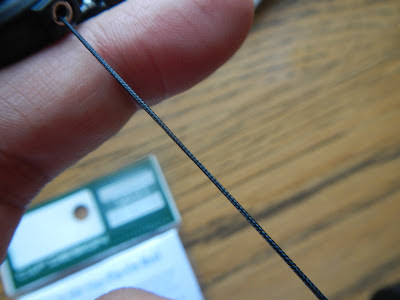 In fact that is the same reason I wanted these.  My zingers have all fallen apart.  The cord on these zingers are not made of metal wire.  All those I have that had metal wires rusted.  These have some sort of nylon cord.  Its almost like braided line. 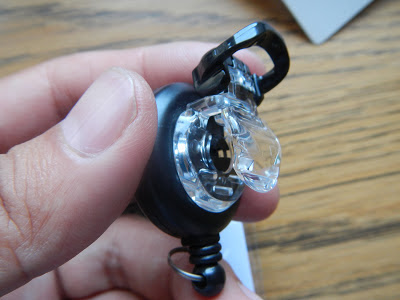 The zinger is not attached by a pin instead it uses a locking clip.  The zinger reel actually rotates 360 degrees so when you pull the line out oat awkward angles the clip or pin doesn't torque and bind or break off.  One nice feature is the front has a fly magnet that allow you to place a fly when changing them.

My spare time lately has been spent shooting action pistol but now it's time to go fish, its been too long.
Posted by gourmetsportsman at 1:43 PM No comments: