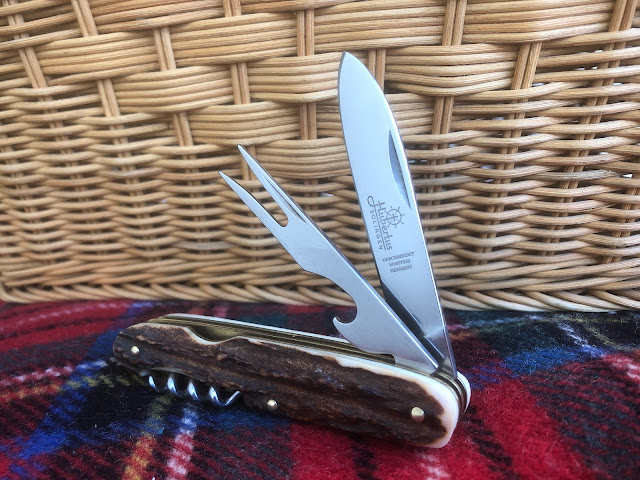 Read this blog long enough and you'll probably realize I'm a bit of a Germanophile.  I like their cars, trucks, guns, watches, clocks, knives and more.  So when I learned about several Solingen knife companies making a take part picnic knife I really wanted one.   A few years ago I picked up a Hubertus version of  Picnic Knife off a German seller on Ebay. 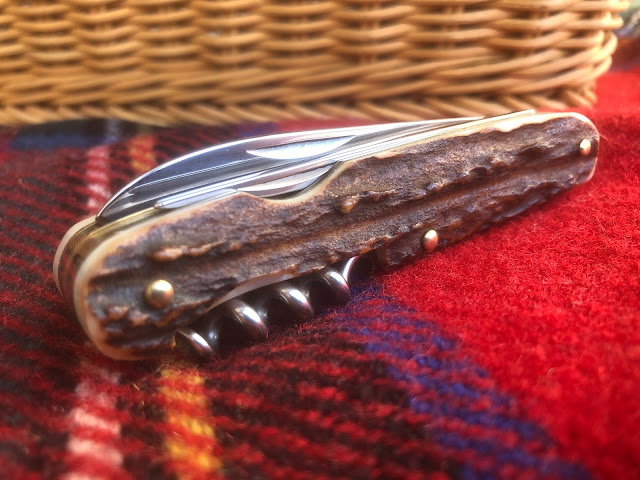 At the time rumors on the internet were that Solingen's quality was on the decline.  Knives were simply not what they used to be.  I took this as internet hearsay.  After all I heard this about Mercedes but I never experienced a lemon with them even during the "bad" years.  Few years back I bought an new old stock Hubertus Small Game Knife that was from the West German days.  Fit and finish was excellent and by all accounts a wonderful knife.  So I thought the newer stuff would be the same.  Unfortunately it was not. 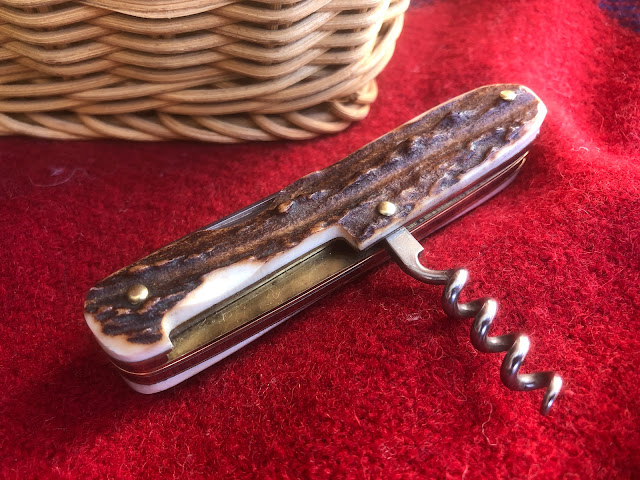 I really like the idea of a folding picnic knife especially for outdoor use.  While I probably wouldn't carry this knife afield in the pocket, it does make nice knife to keep in the truck or in the picnic basket when you return from hunting or fishing to eat lunch of cured meats and cheeses. 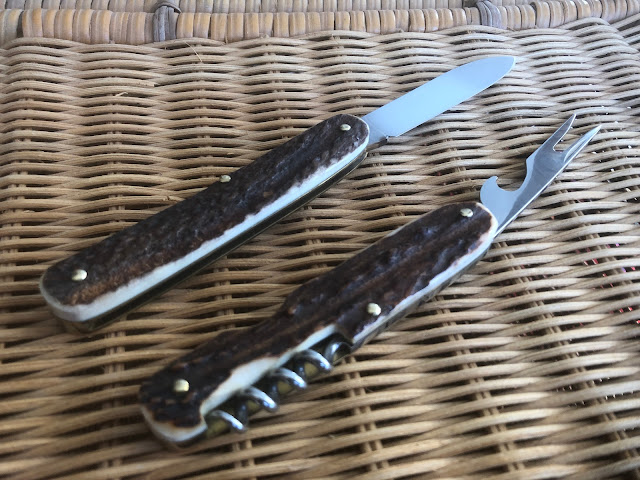 The picnic knife is a slip joint with two layers.  One layer for the blade the other a two prong fork.  Opposite side of the fork is a corkscrew for you wine drinkers.  For you beer drinks there is a bottle opener on the fork.   There is no 90 degree stop but has enough tension not be a problem. 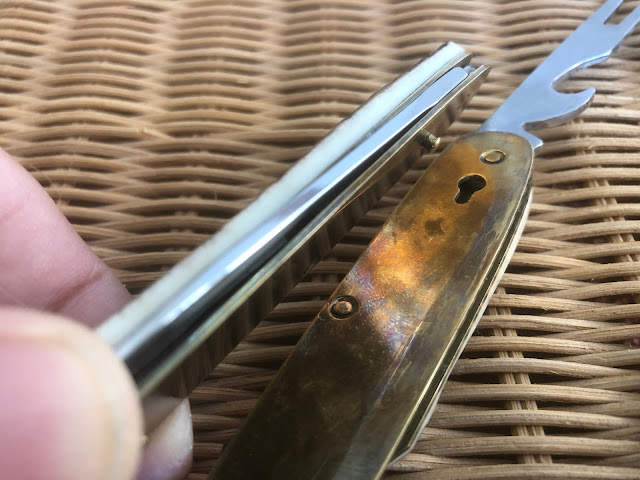 Each utensil can be separated and held together by tabs on brass inner liners.  It is locked by the indentation under the bottle opener.  Once closed the indentation closes the gaps of the hole in which the tabs enter. 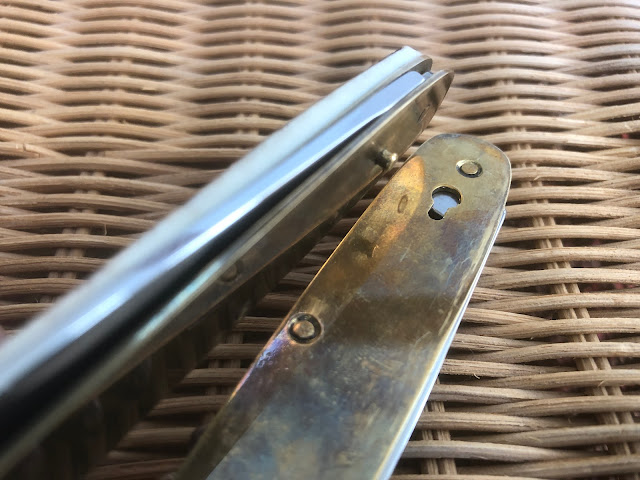 While various materials may be chosen for the handles from wood to bone, my knife is made of stag held together with three brass pins.  An upgraded model exists with German silver bolsters and comes with a thin green leather sheath but mine the basic model only comes with the knife. 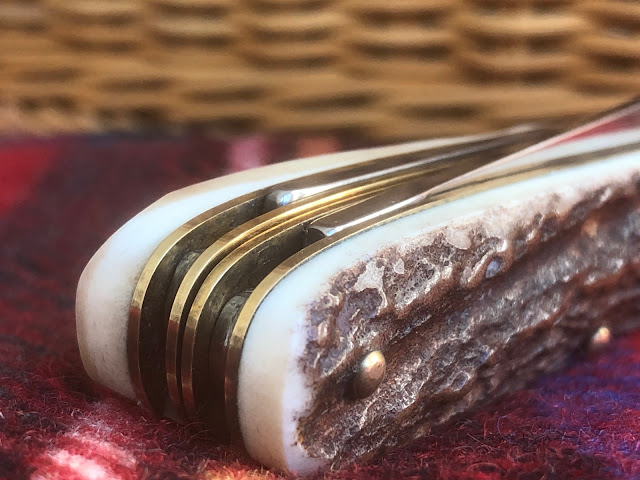 I really wanted to like this knife and as a concept I really do but at least on my example the execution is poor.  Fit and finish is not up to German standards.  The two inner liners are not flush.  A lot of play gaps between the two pieces.  There is some gap between the handle and liner also. 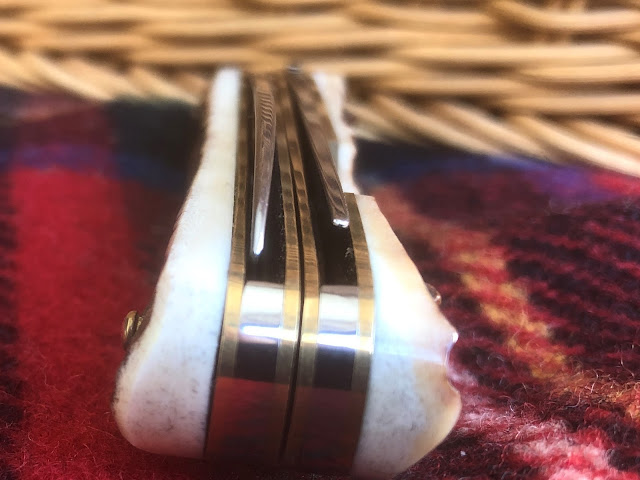 My blade came dull, particularity the tip.  I mean worthlessly dull.  Butter knife dull.  I had to reshape it and sharpen it. Blade tip sticks out and isn't tucked within the liners.  Maybe this model is designed that way but I can't see why that would be.  While there is no rubbing the blade centering is also poor and leans left. 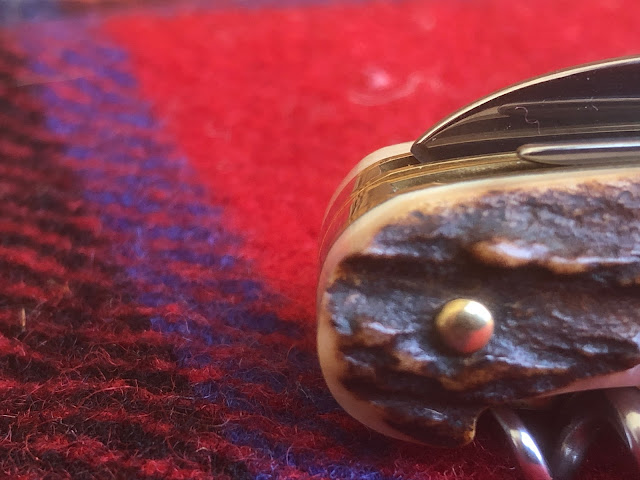 When I received the knife it wasn't clean either.  It contained a lot of grind particles and what looked like dried oils.

This was bought several years ago so I don't recall what I paid of it but I can say it was a disappointment.  As much as I wanted to like this knife it simply wasn't worth it.  Not sure if I just got a bad version but I would recommend if you are interested in this knife is to see it in person which maybe difficult as no where in the US carries this model at least from what I've seen.  There was once a dealer in Arizona that had a few in stock but they were way over priced even if you got one without the issues I experienced.  If you order online as I did I'd ask a lot of questions or ask for pics of the actual model for sale.

Hubertus is not the only German maker of such a picnic knife.  Hartkopf, which seems to be sold at a lower price point, also makes a version.  So if you're interested in such a knife you could also look at them.  Although I can not speak of their quality.