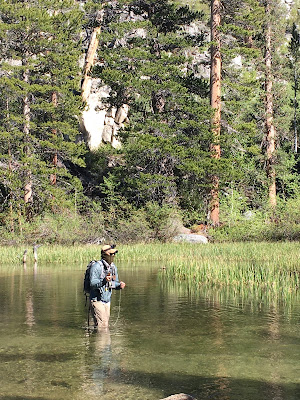 Made a Sierra run with the boys of the South Bay.  They had already put in a few Golden Trout Trips during the lockdowns.  Unfortunately I did not make any one of them but I did manage to get out for this one.  After a long drive up we met up for lunch before heading the water.  First  on the agenda we fished for small brookies at a small high altitude creek.  Managed more than a few.  It was fun on light lines.  KB and I fished this the year prior and I managed a hog holdover that flushed out of the lake. This year there were none left.  This area gets plucked by meat fishermen and those fish are rarely in the system long before they end up in someone's freezer. Joel and Mike would fish downstream of us and would be sight casting to fish all afternoon.  Mike is new to fly fishing and Joel was with him to guide him through it.  He'd tried fishing on the fly during their earlier trips but also fished conventionally.  On this trip he committed to only fish flies this trip.  KB and I would fish together upstream of them toward the outlet and see if we could manage another hog but only dink brook trout for everyone. 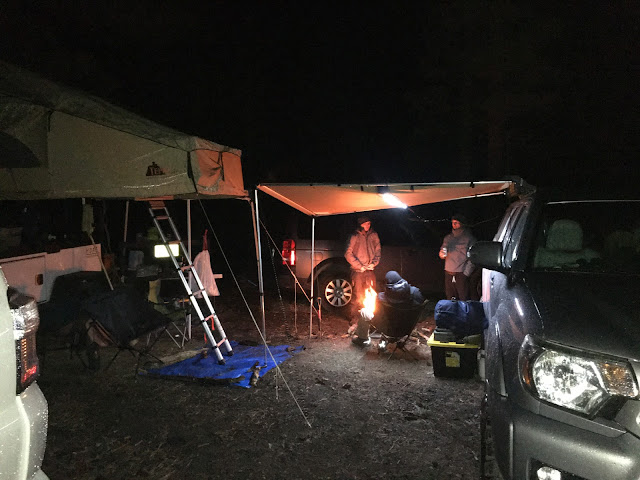 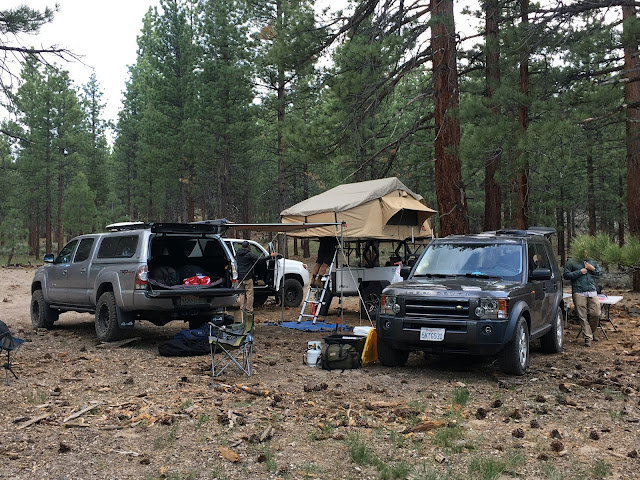 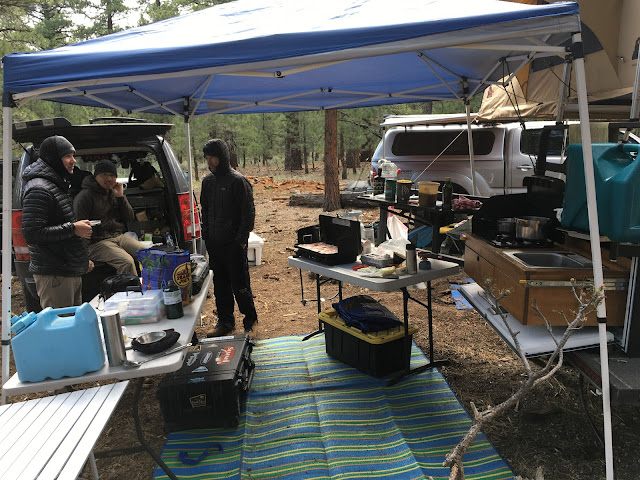 It was time to look for a dispersed camp spot in National Forest.  We found a nice secluded area that we could play Bocci Ball and set up our trucks to make the most of all the awnings we had on our trucks. 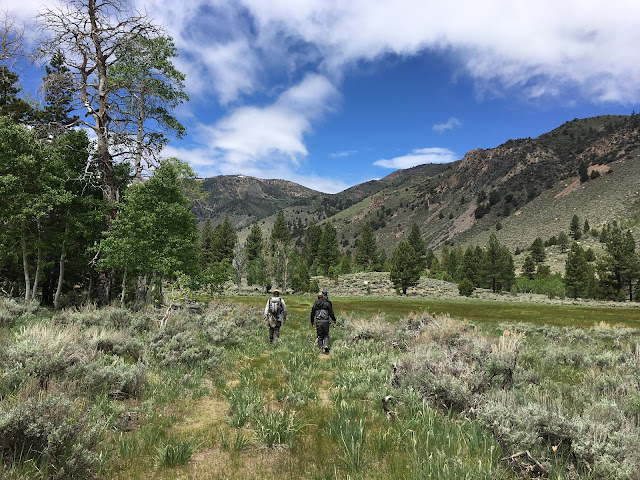 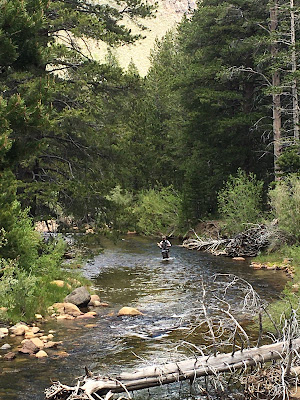 The following day we decided to check out a creek KB fished successfully ages ago.  I had never fished it so I was willing to give it a shot.  Place was gorgeous.  Water looked excellent. I was excited to catch fish in a new area.  Joel and Mike would take the water early in the hike while KB and I opted t o go down further.  A few miles into the hike KB and I started to fish and we eventually split up.  I'd throw cast after cast and have no luck.  Odd.  Perfect casts.  Perfect drifts.  Nothing.  Hours would go by and still no luck.  I'd eventually catch up with KB and he managed a brown.  A nice one.  But after that nothing.  We'd fish some more before heading back to the trucks  Catching up to the others I'd ask how they did and the were skunked too.  So KB caught the only fish in the whole system.  He took us here on his insistence.  The whole drive up on the ham radio he'd tells us how good this place is and he was the only dickhead to catch the only fish in the river.  We gave him so much grief for that.  We still do. As any good friend should. 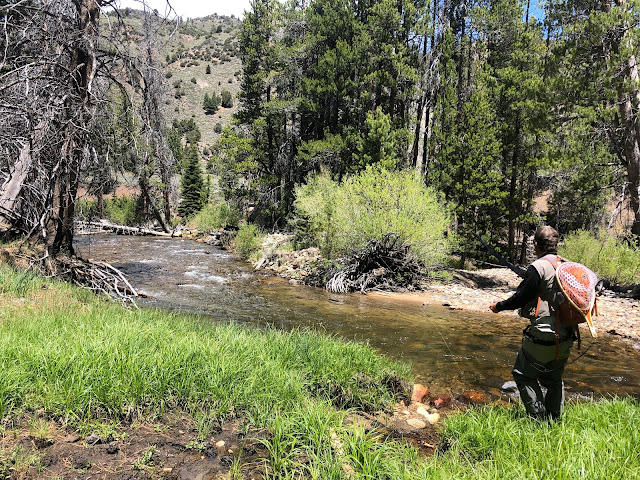 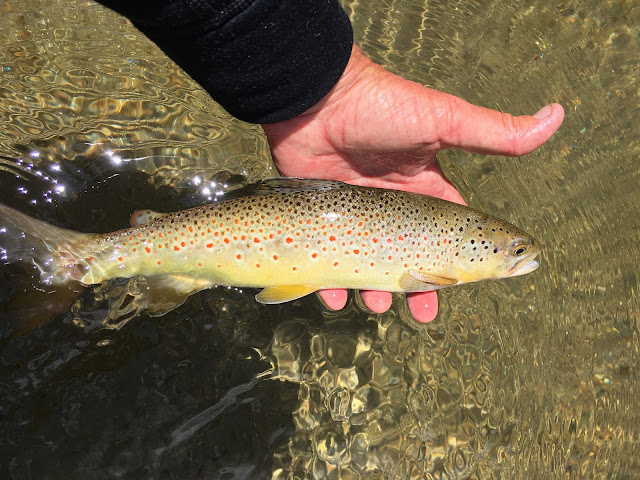 After some investigating when we returned home this watershed was devastated by a fuel spill years ago.  Killed much of the aquatic life for ages.  Perhaps that was the reason for it's poor fishing.  It was time to head out and try our luck at the East Walker. 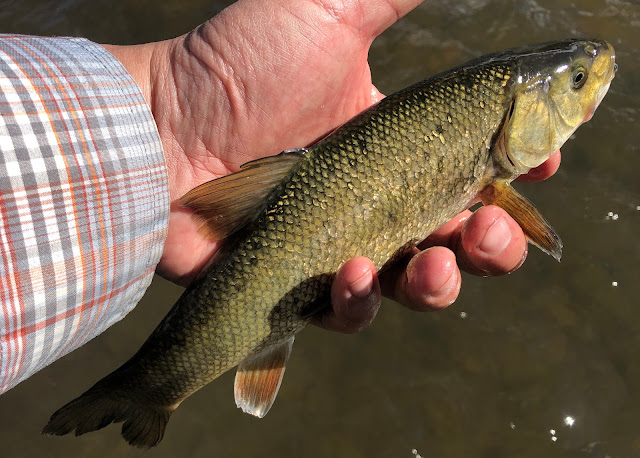 It was slow there as well.  Busy too.   I tried to fish my honey hole but it was occupied so I just waited there until the group moved downstream.  Once they did I took over and all I could catch were tui chubb.  Caught a few in this range.  Never caught one so I guess I could count it as a win. 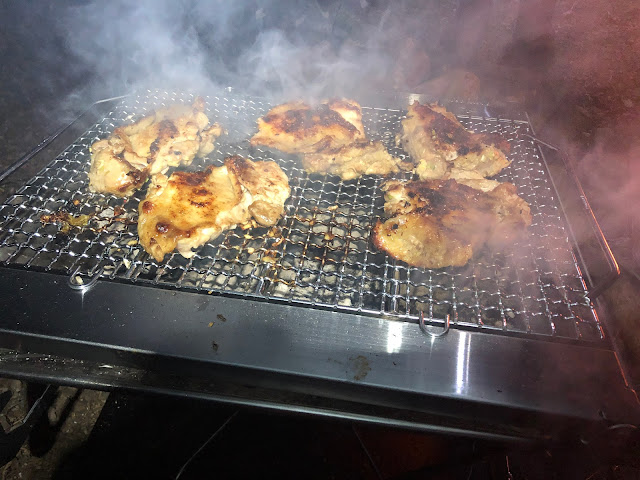 In no time it was time to camp and like most during the Covid lockdowns I spent most of my time buying stuff over the internet.  One item was a Snow Peak Takibi Fire & Grill.  I used to think these fire pits were silly but after a camping trip in a pine forest with KB I thought otherwise.  We had made a fire ring on the ground but after seeing all the dried pine needles everywhere that could easily catch my mind had changed.  An elevated and portable fire pit in that situation was necessary. 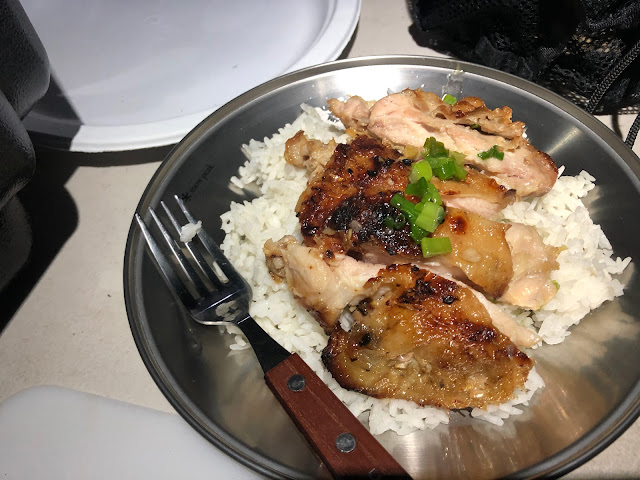 This trip would be the first time using it.  First meal on grill would be Thai Lemongrass Chicken with rice. 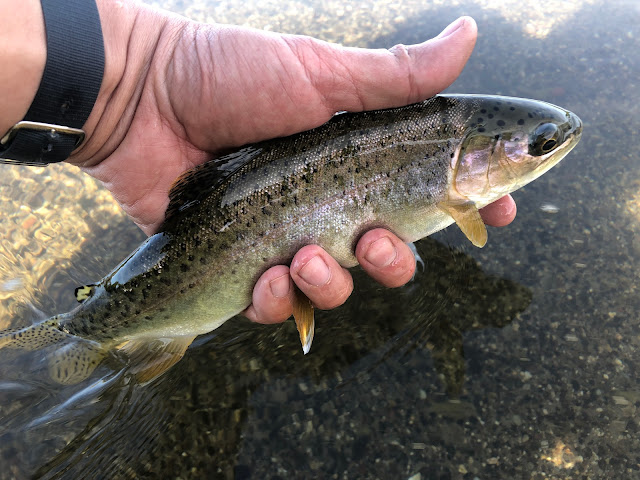 The Upper Owens would be our destination for the last day.  Fish were willing to take on dries.  Most fish were in this class.  Some significantly smaller but a handful maybe slightly larger.  After a few hours it was time to go our separate ways and head home.  Much like the other trips beforehand the fishing was pretty poor. 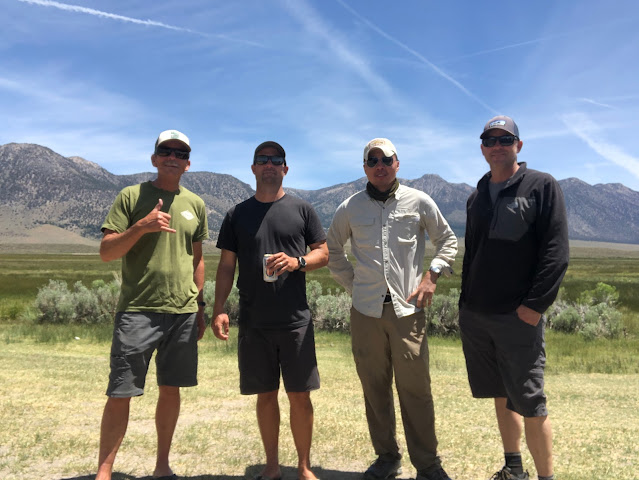 Posted by gourmetsportsman at 1:35 AM