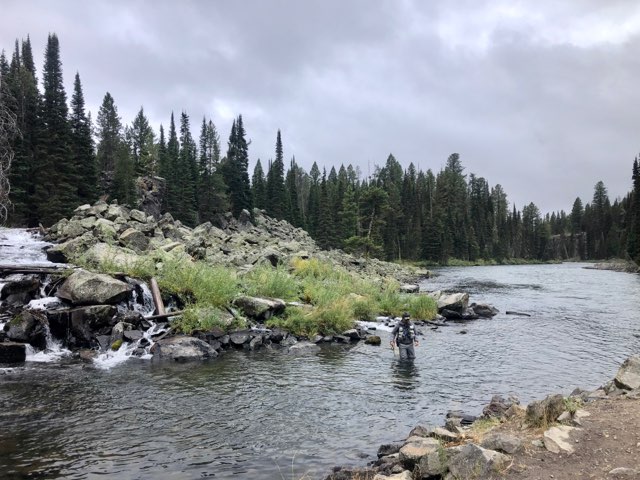 We had a long drive north and throughout the drive we could see the damage caused by the California fires.  Smoke blanketed the skyline.  Jeff, who now lives in Idaho, warned me prior to coming that the smoke was bad.  I couldn't imagine it was this bad.  Visibility was so bad that you couldn't see the mountain range at all. 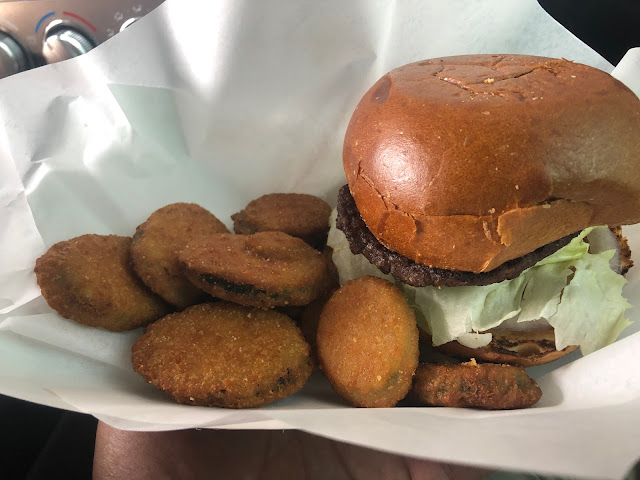 The first stop was to Ashton for lunch.  Last year we had lunch at Big Juds on the recommendation of Chul's chiropractor, who was from there.  It was a disappointment.  The burger was simple average and after the hype it got it was completely forgettable.  This year we'd try their competitor, Frostop, after Chul saw it on a YouTube video.  The burger was letdown by the meat.  It tasted as if it came from a frozen patty.  It was dry and tasteless.  The other complements, bun, vegs, sauce, were excellent .  Could have been a really good burger but the actually patty tasted like like just got it from Sysco. 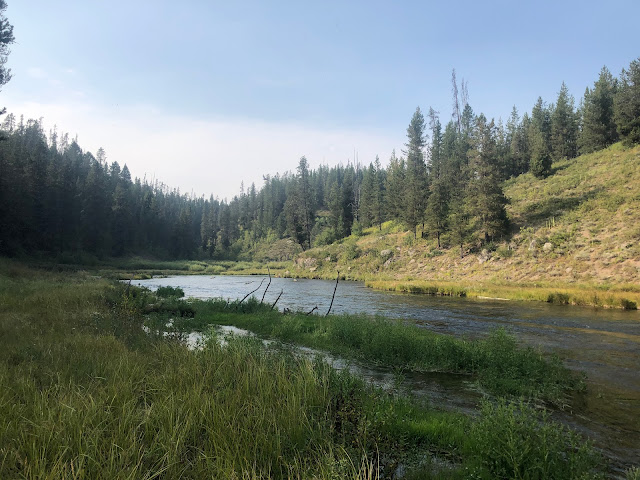 We debated fishing Ashton section of the Henry's fork as the first Idaho destination but we bypassed it for some reason.  I don't recall why now because we had a good time there last year.  In it's place we chose to check out Warm River. 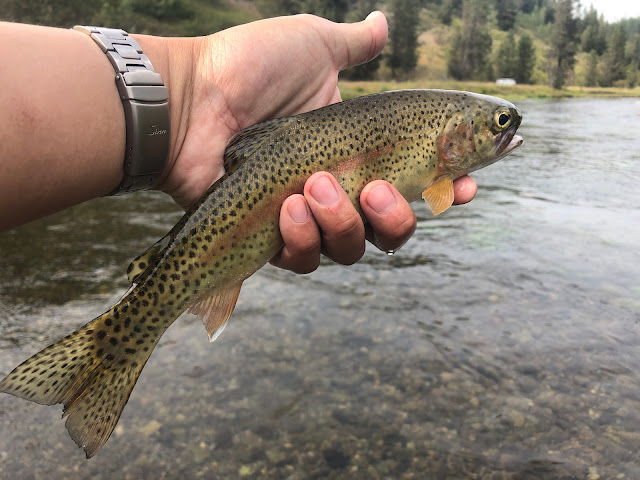 This river was recommend to us last year from a customer at the Three Rivers Ranch fly shop.  So we decided to check it out this year.  Fish here don't get too big but they are plentiful with fish of this size.  I did manage to hook u a fish much larger than this only for it to break off.  It wasn't a beast but it was maybe in the 14-16 inch range. 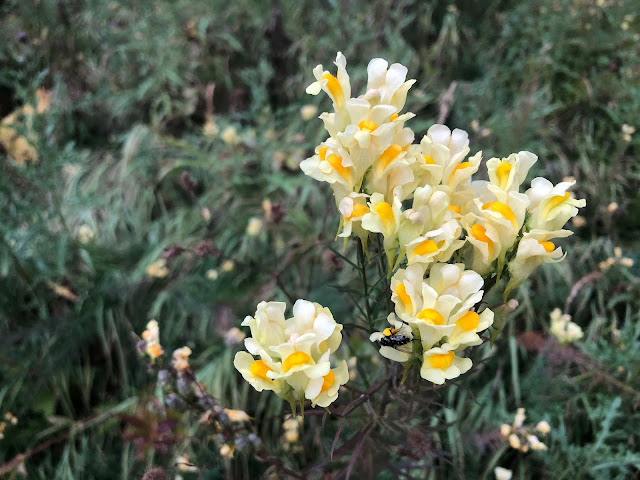 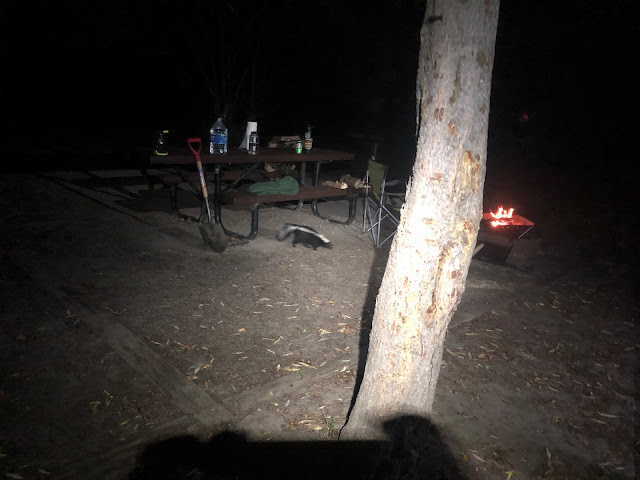 There's a nice campground on water that is well maintain and clean.  A simple dinner of hotdogs with sauerkraut and hot mustard grilled off of the Snow Peak.  Following dinner we were raided by a rouge skunk that felt the need to kamikaze our site.  We'd back away from him but it continued to come near us.  Chul fed up with skunk continually coming near he spritzed it with the bear spray to ward him off.  It only diverted him for a while though as throughout the night I could hear the skunk come back. 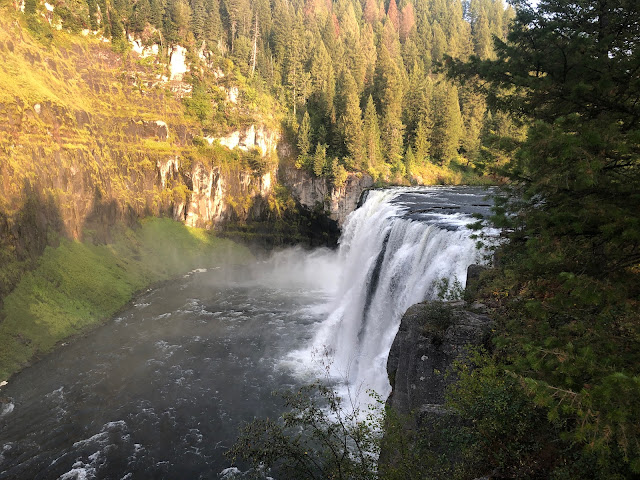 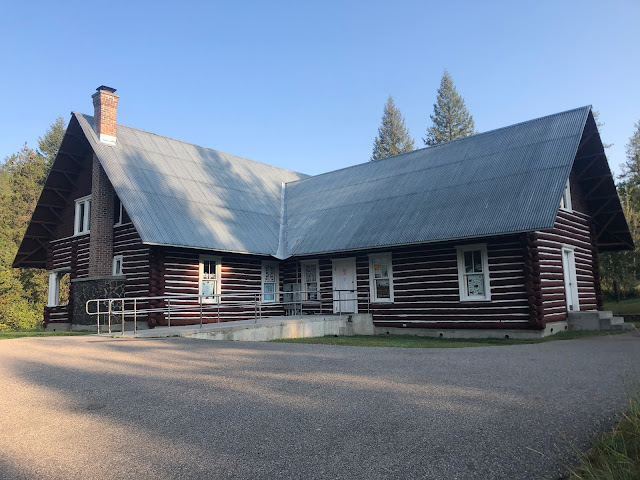 Our destination was the ranch section of the Henry's Fork but not before some sight seeing. Since it was on the way we checked out the Upper Mesa Falls. The visitor center was closed because of Covid but the access to the Falls were still open.  Jeff was camping and fishing at Henry's Lake.  We had planned on fishing together at the Ranch section but he called to cancel. 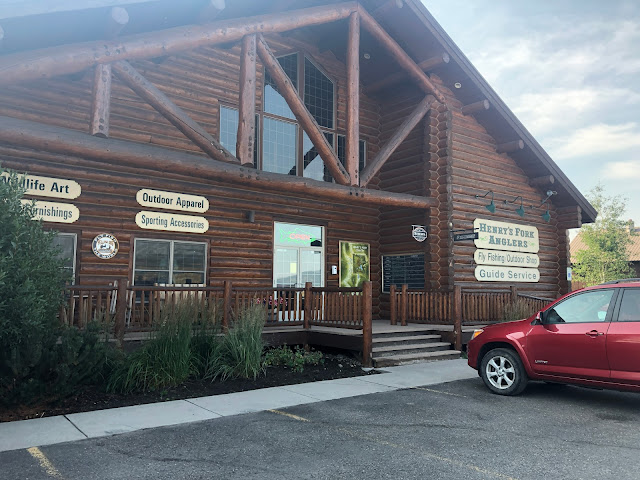 Next stop was a stop at Mike Lawson's place for flies and information.  The guys here were extremely helpful and we bought hats and the recommended flies.  They gave us intel on fishing locations and a nice campsite for the night with a river view. 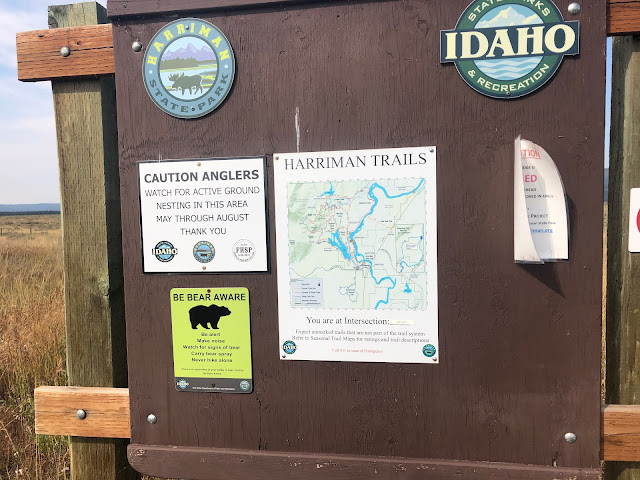 From the shop we headed to the entrance of the State Park.  There was a hold up because of construction and we decided to pay the fee and head over to the East Gate instead.  We hiked in the mile plus trail and started by going downstream.  After studying the fish we made our attempts at trying to get one to take.  As per reputation sighting large fish was easy but managing one to take was not. 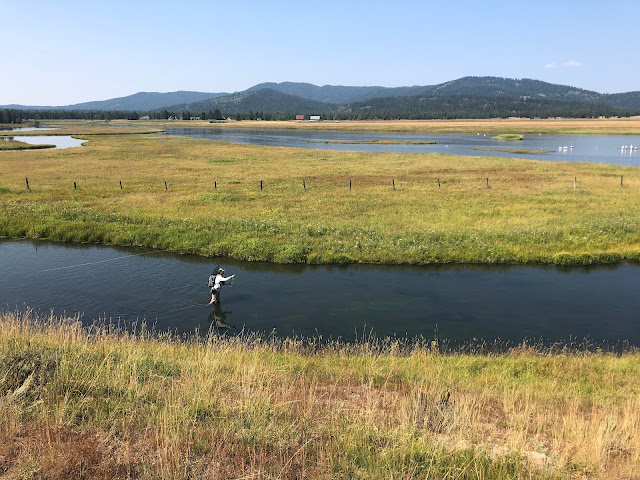 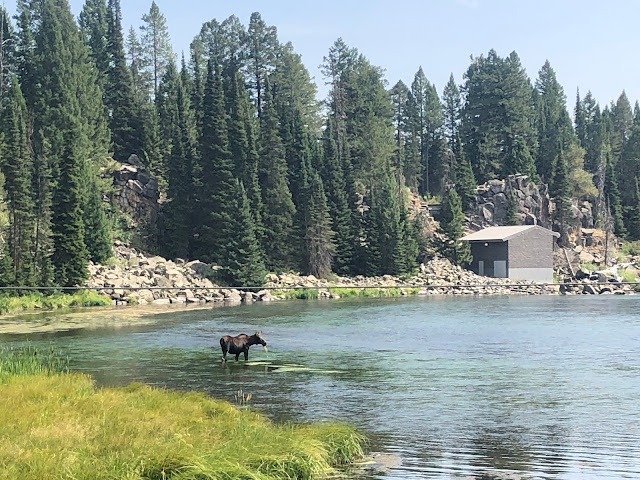 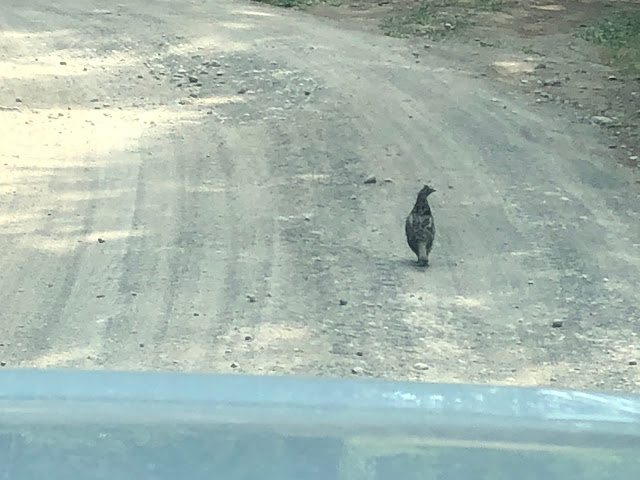 After our unsuccessful attempts to coax a fish in the Park we moved upstream to the Box Canyon section for streamer and nymphing until evening. 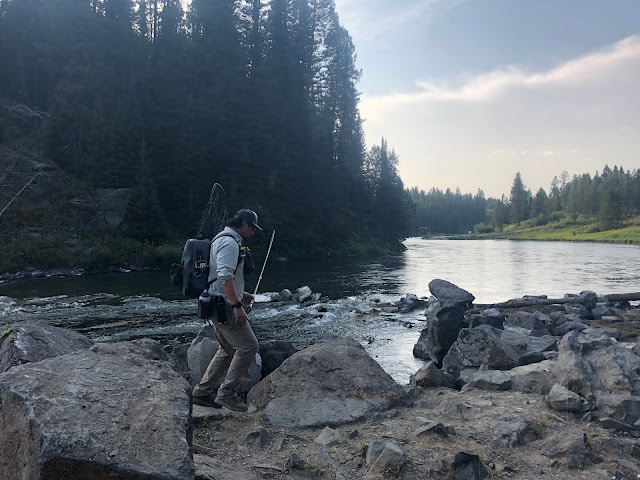 Earlier in the day while driving to the Box we had checked out a paid campground and payed for a night.  We then headed to the Box only to find the campsite that the shop recommended was open we decided to forgo the campsite fee to stay at the riverside location. 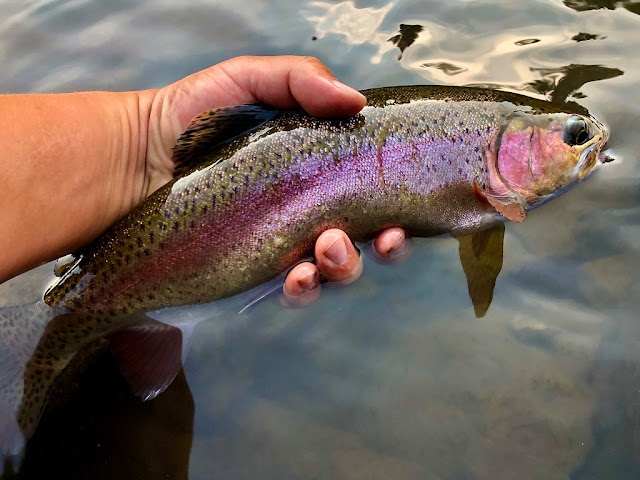 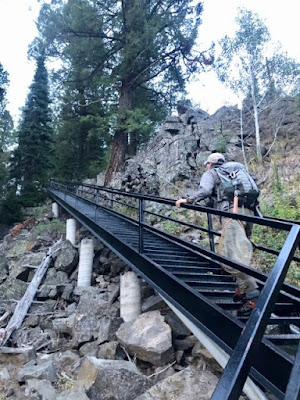 The fly shop had told us that wading to other side is possible but after stepping into the water and not able to see the bottom we chose against it and stayed off the banks.
Fishing was excellent for Chul but like my whole 2020 fishing experience it wasn't as great.  While I managed fish, I struggled to get a groove and it seemed like I was second guessing all my moves.  I simply lacked the confidence I did in prior seasons.  Reaction time on strikes were slow or even unrecognized.
Exhausted we kept dinner simple.  Chul had spicy sausage and I had made some Good to Go Kale and White Bean Stew that was nearing its expiration date.  Nights were cold so the stew was nice an warming.  Flavor wise it was okay nothing particularly special.  The year before we zipped past Idaho rather quickly and I'm glad we decided to stay longer to explore what it has to offer.  We'd come back again on the way back home. 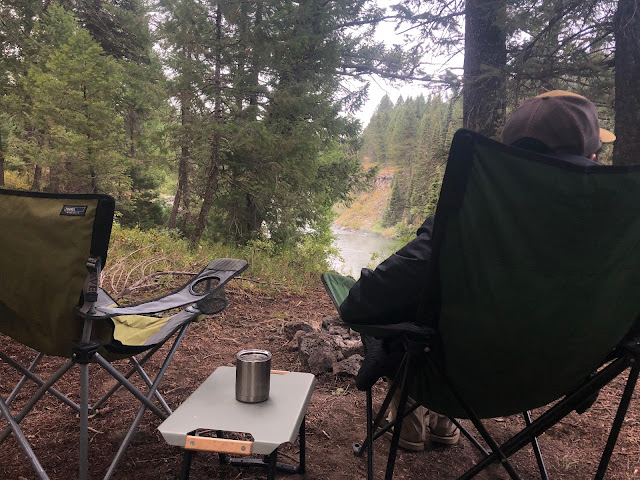 Posted by gourmetsportsman at 1:30 AM