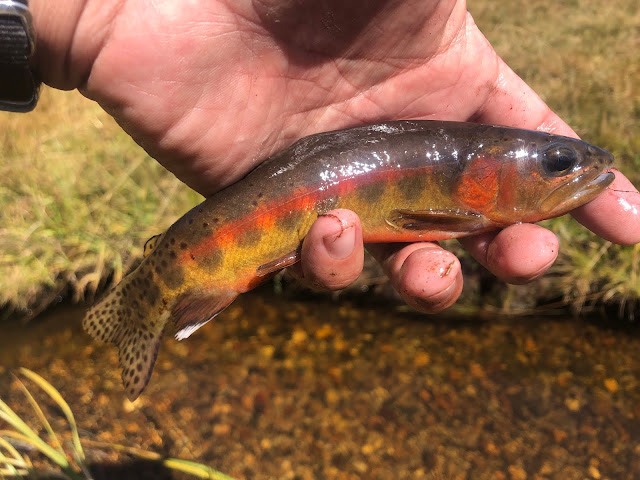 While driving up Sherman Pass after I told him the peak is over 9000 feet, Koji let me know he'd never been above 7000 feet.  I thought to myself I hope he doesn't get altitude sickness.  Then I thought to myself, I hope I don't get altitude sickness.  I knew I hadn't drank enough during the day fishing the Kern.  I planned on re-hydrating myself at camp when we were done but going up Sherman Pass was an impromptu decision.  I should have been drinking all the way up but didn't.  I knew I was dehydrated.  When we finally found a campsite I was busy setting up camp and making dinner that I didn't drink much. 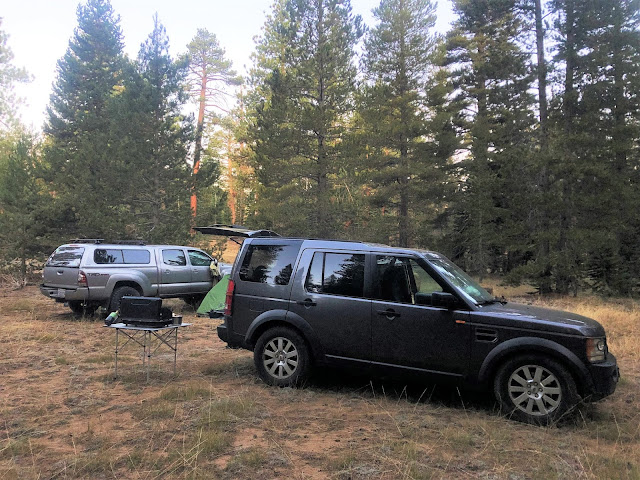 At night I awoke a few times with dry mouth and drank as much as I could but given the cold temps the water was too cold to drink quickly enough.  When I woke in the morning I was feeling nauseated.  I tried again drink water but it simply was too cold to get enough in my system.  So I fired up the stove to make tea and tried to hydrate with some warm liquids.  The morning was absolutely freezing and I was in no mood to drink. 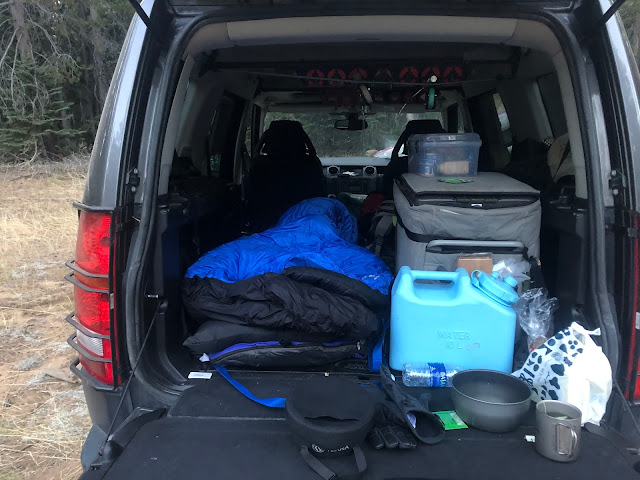 It took some time for me to get started, spending much of my time trying to get my core temperature up.  We left last night's dishes for the morning and while cleaning them for breakfast the water was so cold it started to freeze on the dishes and our hands.  Eventually we'd get them clean and I made some scrambled eggs and toast. 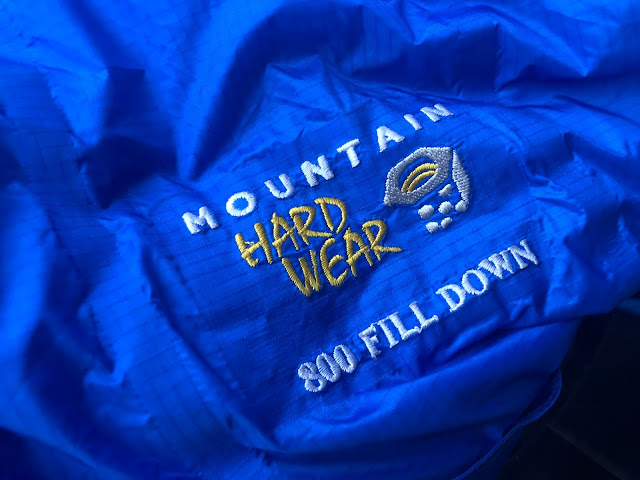 After cleaning up and breaking down camp we looked at the winds and decided to fish for goldens as this was a bucket list fish for Koji.  Now the decision was which water we'd fish.  Should we off-road, drive up or hike to a creek?  It was decided we'd fish a meadow that has never been stocked with nonnatives and we'd hike into it.  I really didn't want to hike as I was feeling the affects of altitude sickness but since I'd never fished this section so I sucked it up and after a couple tylenols I felt only slightly better. 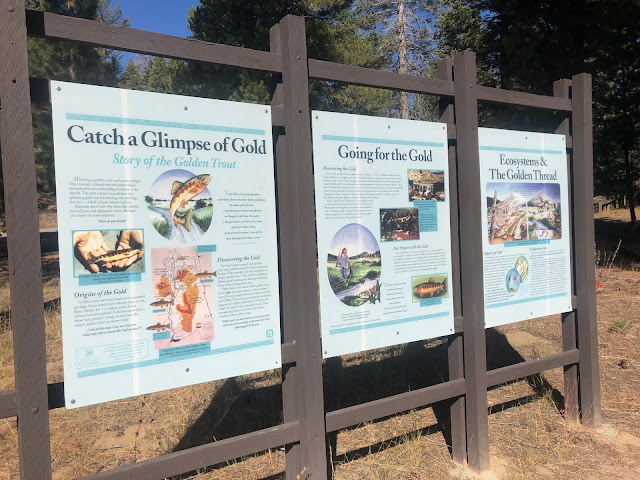 First stop was at the ranger station to throw away our trash and talk to the ladies about conditions.  They let me know that winds are only expected to be 5 mph this day.  Much more ideal for fly fishing than the 40 mph the previous day. 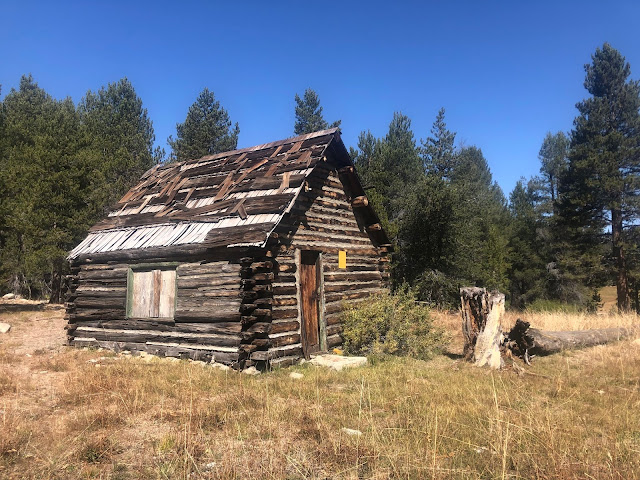 Around noon we arrived at the trailhead and started our descent to the meadow.  The hike was just over a mile and half.  Eventually we reached the meadow checking out the old cabins first before reaching the water.  We'd see deer hunters and backpackers throughout the day but never saw another angler all day. 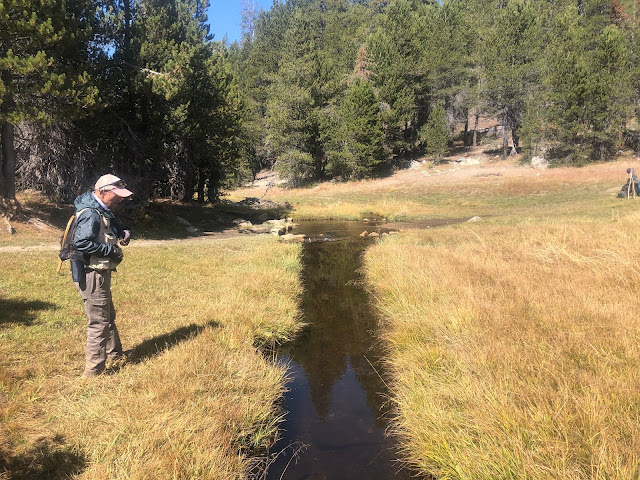 We reached the water and Koji spots his first golden trout ever just off the trail.  We started to rig up and I told Koji "you're first up."   As we were rigging up Koji was ready to go and headed down the trail into the canyon.  I would follow suit about 5 minutes later. 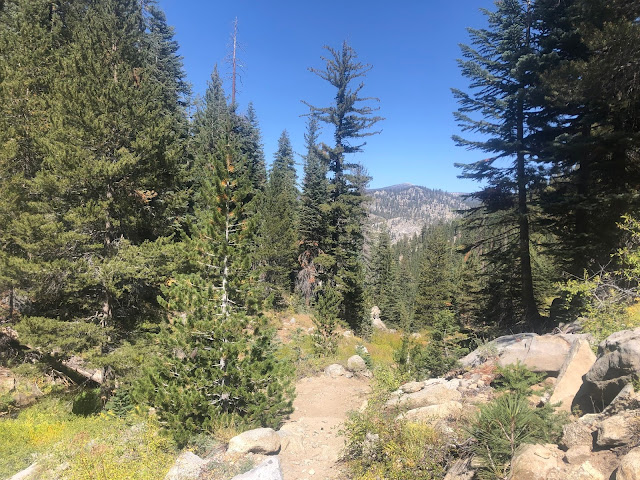 When I reached him he'd already caught two.  Well I guess he didn't need my help so I headed further downstream and started fishing.  Unlike the spring creek meadow this water was brushy and with a almost too steep a gradient.  There were a few fishable pockets and I managed three before headed back into the meadow. 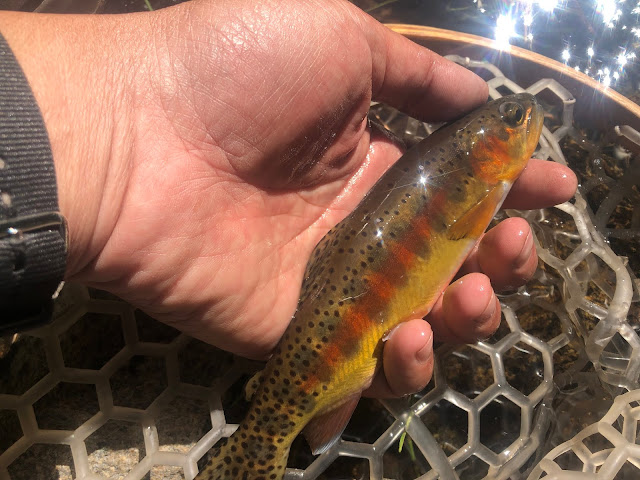 The meadow proved much better fishing.  The creek was narrow and the wind was starting to pick up.  I was fishing my one weight and had to aim far left to get my fly to land into the water. 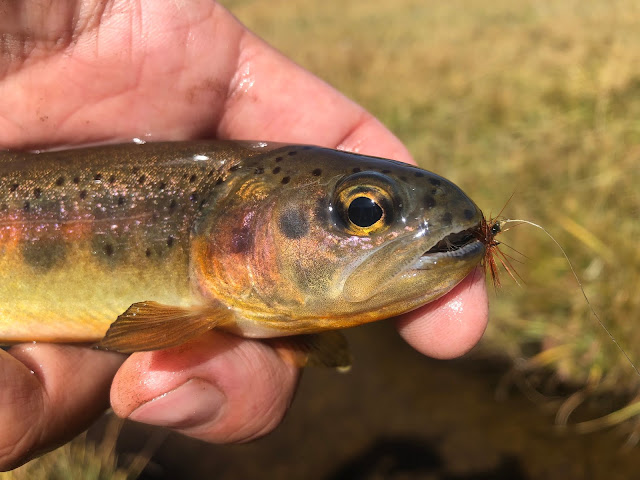 As with most of my golden trout experiences, fishing was easy.  Almost too easy.  Every other cast produced fish ranging from dink to 8 inches.  By two o'clock it was time to go.  Not sure how many we caught but I wouldn't be surprised if it were 60 among the three of us if not more. 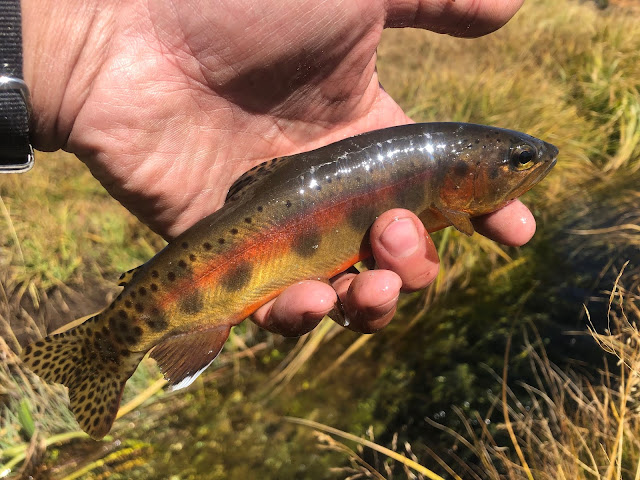 The slight elevation slowed us down except for Kelly who was a goat and hiked out of there like a champ.  My altitude sickness definitely had me beat and I was as slow as a turtle.  Koji was only 5 minutes behind me and given the time difference and the thin air he managed quite well. 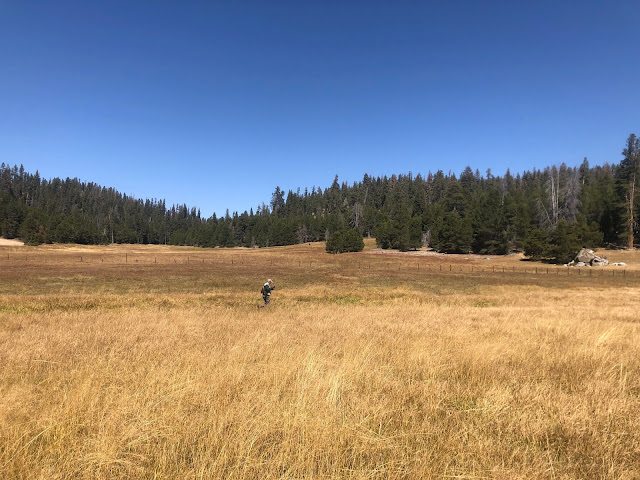 Kelly was the first to the parking lot then me and then Koji.  When he finally reached the truck I asked him if he wanted to still fish.  There was another easy access golden trout spot I could take him or we could return to the Kern but he was beat and said he was done. 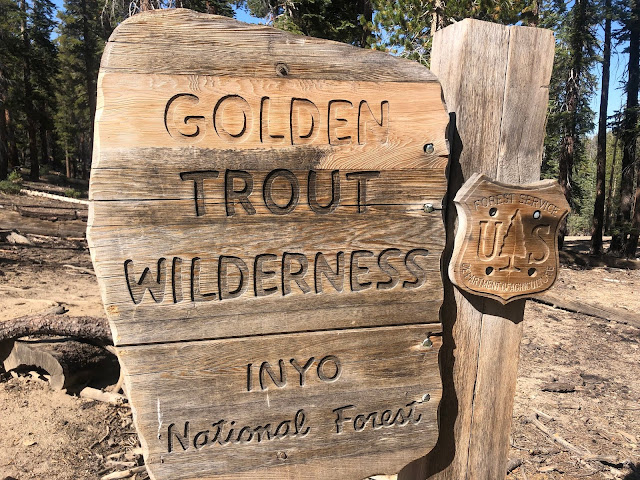 So Kelly headed back to the South Bay and I drove Koji back to Bakersfield before heading back to SoCal. I'm glad everything worked out even though it happened in reverse.  The Kern was supposed to be the end destination not he first but that's alright as ultimately I managed to get Koji both a Kern River Rainbow and a golden. 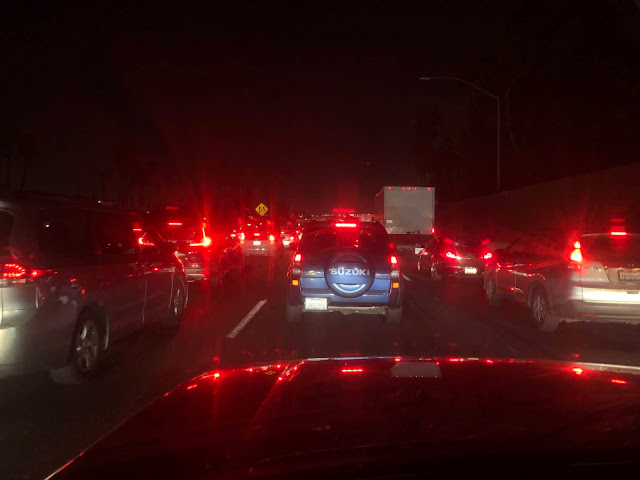 When I got back home LA traffic wanted me to turn back around and go back from where I came.
Posted by gourmetsportsman at 9:06 AM