Koji in the USA: Kern River 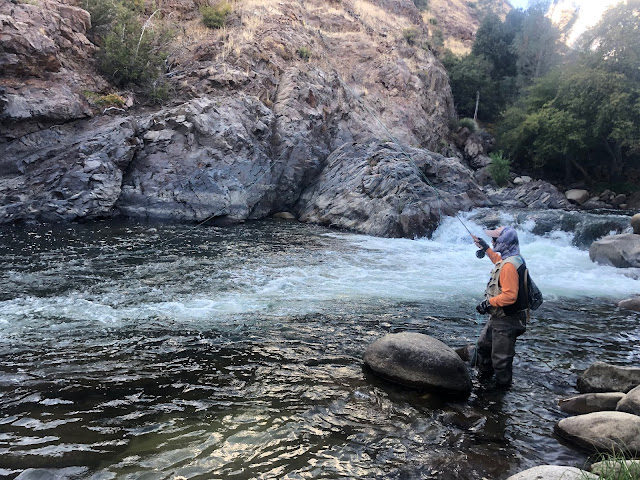 My friend from Japan, Koji, is Stateside on business.  He emailed my a few months ago that he might be stopping by, where he'll be, and if I could arrange some fishing opportunities for him.  I gave him some options and let him decide what type of fishing he wanted to do.  Go for "big" trout or go for goldens.  He opted for goldens.  As the weeks came closing in I kept checking weather and fishing reports.  All good.  Weather, fishing and conditions all looked promising.  He asked if he'd be needing waders I told him probably not but I'd let him know closer to the departure date.  A week before his trip weather conditions changed drastically and a storm was moving in from the north.  I emailed him bring waders. 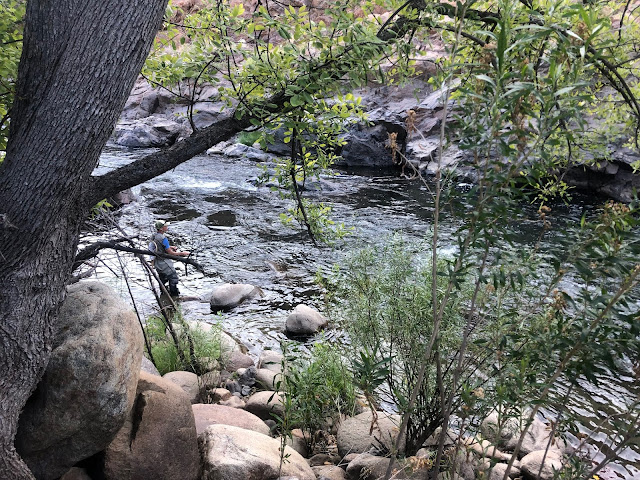 Since Koji wasn't expected to be in Bakersfield until 11pm I decided to kill some time fishing a local creek on my way up to meet him at the motel.  On my way up north I got a text from my buddy Kelly who would meet us the next day that our intended fishing destination with forecasts of 40 mph winds which changed our plans.  We would have to fish the Kern which we intended to do on our last day on our way back to Bakersfield.  I arrived in town and had dinner before retiring to the motel.  By 9 or so Koji arrived.  I gave him the bad news and told him we going to have to fish the Kern. 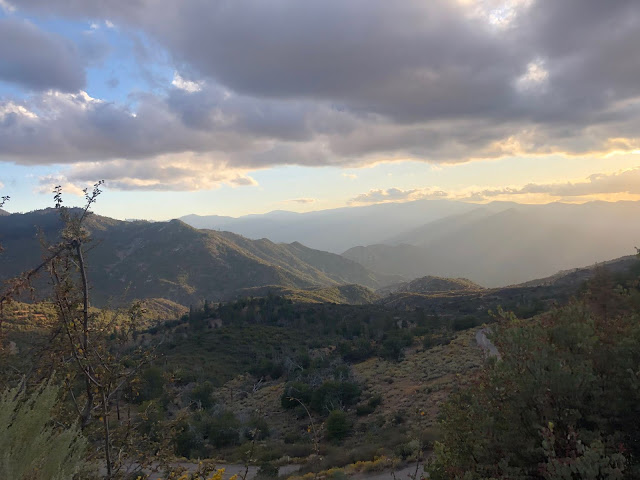 In 2016 Koji was here on business and had a few hours to fish before his flight back to Japan.  He'd asked about renting a boat and fishing Newport Bay.  I recall the tides were poor and it was winter so water was cold.  Not really ideal conditions.  I told him it would likely be a waste of money.  Since he was in Bakersfield I suggested we fish the Kern.  Well that didn't go so well.  It was in the middle of the drought and fishing everywhere was poor but at least it wouldn't cost him anything.  Ultimately it was a bust and we were all skunked.   I hoped this time would be better. 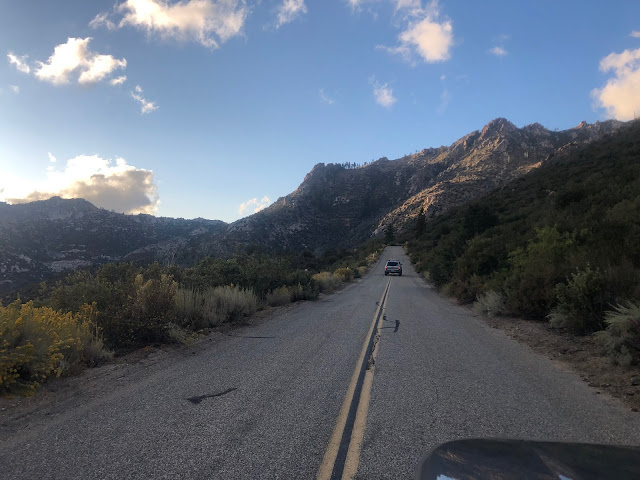 In the morning we met Kelly at a local diner for breakfast before heading to the water.  We started at the power plant but had no success.  A gear angler fishing salmon eggs quickly got his limit fishing the opposite bank.  We'd drive from hole to hole looking for fish.  We'd all eventually get fish but we had to work for them.  I lost a very good fish when he popped off.  I took the two to the "honeyhole" after driving all around looking for it.  I ended up with two to hand none of them worth a picture.  Kelly took one and had a beast hit his fly hard before breaking off.  Koji with a fish already under his belt lost a nice one after a few minutes fight. 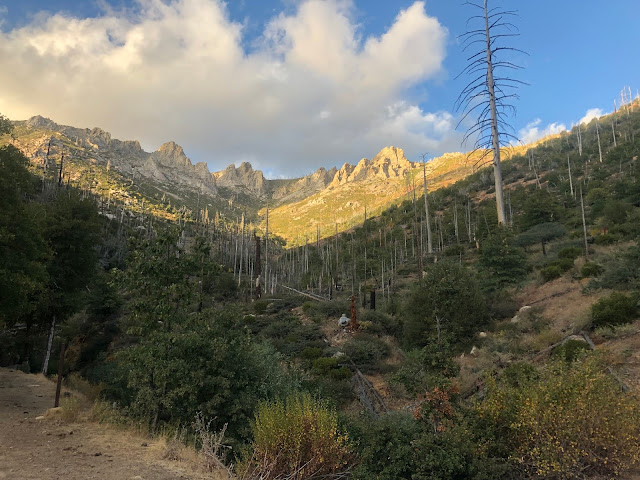 It was getting late and we were deciding where to camp.  After looking at some of the campgrounds, we decided to head up Sherman Pass and look for a place to disperse camp in the National Forest.  The would decided the next morning if we were  to try for goldens depending on wind conditions when we awoke. 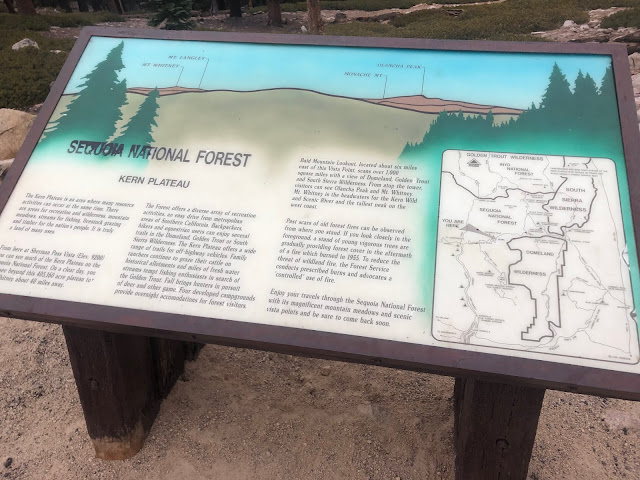 We expected freezing nights but nothing compared to what we experienced.  I brought my zero degree bag and one for Koji.  I'm glad I did as temps dropped in the low twenties. It was so cold any standing water froze almost instantly making washing dishes difficult. Even water on our toothbrushes created instant ice crystals.  I set up a tent for Koji while Kelly and I slept in our trucks.  When I awoke the condensation on my windows instantly iced over.  It was probably one of the coldest nights I've spent in the wild. 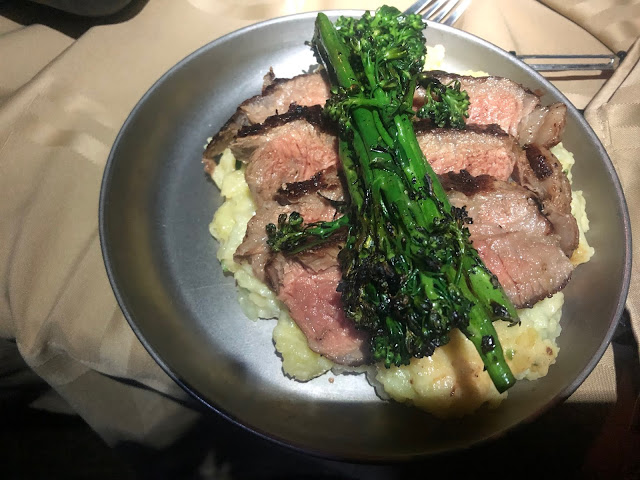 Posted by gourmetsportsman at 10:48 AM