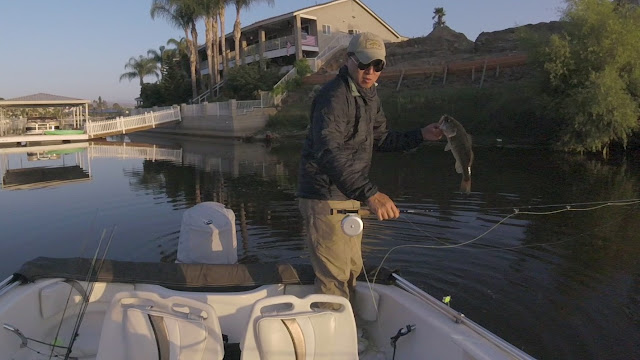 On the day after the celebrations of the country's Independence I was invited by Luc to fish with him at Canyon Lake.  The lake was still recovering from the hangover from the previous day's drinking.
We began at 4:30am and fished until 8:30  I've been wanting to get a bass on CJ's Freaky Frog Fly that I discovered last year.  I manged to fish it briefly towards the end of last season only to miss the only rise I ever got before the end of the popper season.  I was determined to get one with this fly this season.  It took several hours but I finally got one towards the end of the day.  Later Luc got a bass of similar size with one of his poppers.  Tough day of fishing. 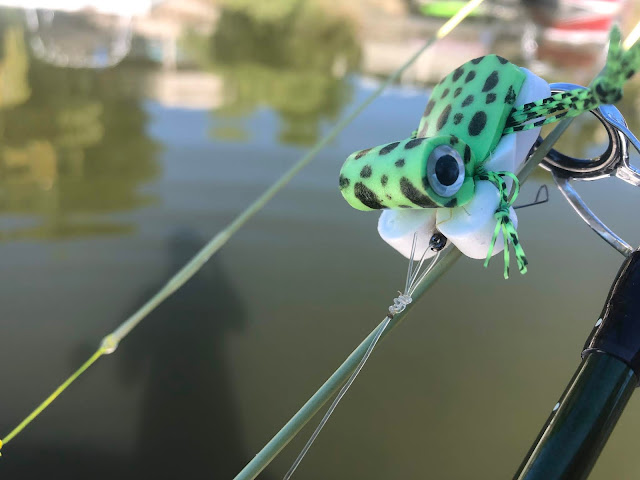 July 14th
Returned to Canyon only to get skunked.  Luc managed a one small one.  Fished the main lake and it was very difficult.  Knowing we were fishing the main lake I started with my 10 weight as long casts were necessary especially since I was still fishing the Freaky Frog.  I later switched rods as I still wanted to get my first fish on my Orvis Frequent Flyer 8 weight.  Normally I wouldn't fish this rod,other than a travel rod, but I wanted to feel a fish on it so I fished it. 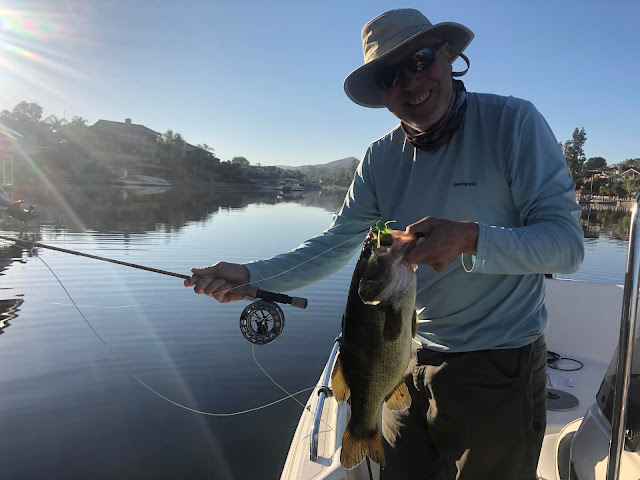 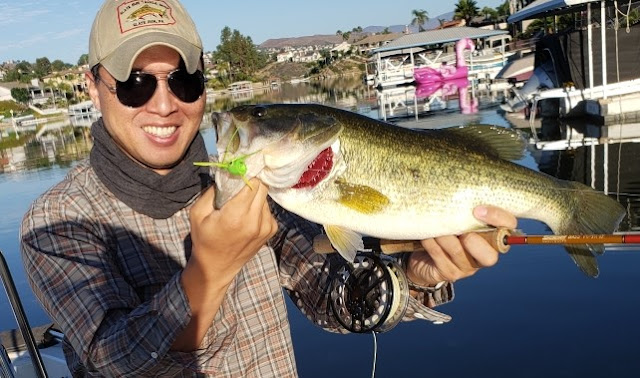 July 21
I received a text from Luc that the fishing Saturday was fantastic.  Cloud cover stayed throughout the morning.  He didn't think the cloud cover would stick around but asked if I wanted to join him on Sunday.  I responded in the affirmative.  Started the day fishing the Orvis but couldn't get even a rise for the longest time.  Luc ended the day three out of six with a 5.5 lber that ran and almost acted as if it were a catfish. I finally got one 4 pounder after Luc gave me the helm and his Sage Smallmouth rod.  Still no fish on the Frequent Flyer.  Starting to think it maybe cursed.
Posted by gourmetsportsman at 11:44 AM