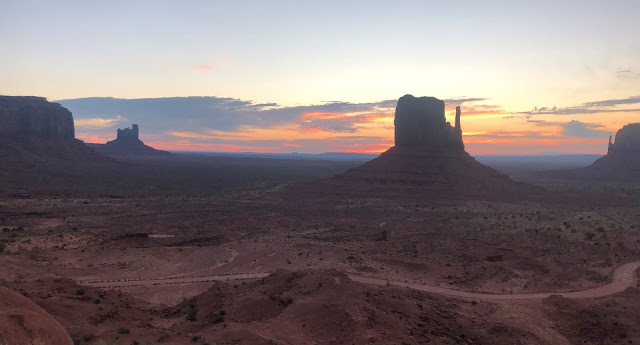 We made camp just outside the National Park on Indian land.  The campsite was a dusty dirt patch of red sand.  All for the bargain price of $25.  We arrived at camp somewhat late and we were exhausted.  The wind was howling and blowing dust everywhere.  We decided to share my three man tent for the night and we positioned the truck to try and block the wind.  Skipping dinner we went straight to sleep once we finished making camp.  I had to shut most of the vents to prevent dust blowing into the tent and with the heat of the night and our bodies it was somewhat unpleasant but eventually I fell asleep.

We woke early to enter the park before the sunrise hit the monuments.  It was quite a sight.  Kelly asked if I wanted to go deeper into the park to check out all the geology.  I declined and said lets go fishing.  I've seen enough.  The crowds would have put us behind too much.  This wasn't a sightseeing trip after all. 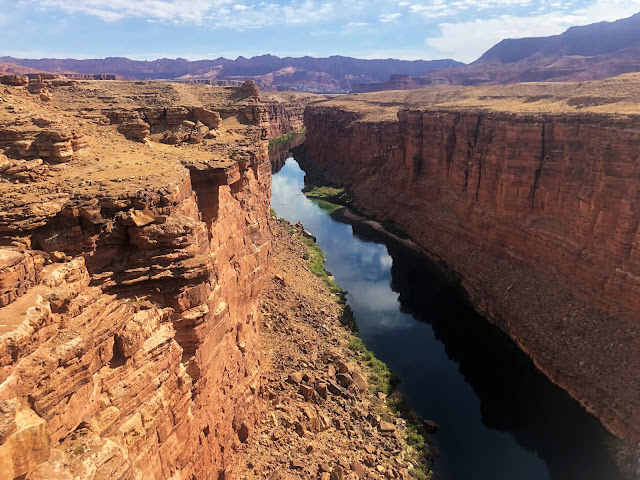 It took us several hours to make it to Lee's Ferry.  The fly shop was 20 minutes out of the way and we decided to skip going there for info.  It would have put us back an hour if we did so.  We'd just have to figure it out on our own with the limited intel I gathered from friends the day prior. 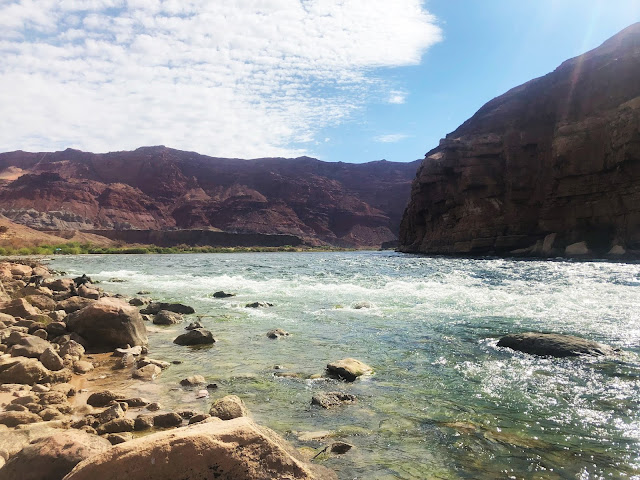 We'd fish the walk-in section and after paying the $30 entrance fee we set off to check out the water.  It's big water but only thigh deep at it's deepest.  Wading was slow but not terribly difficult.  I do not recall what the flows were but they were in fishable range.  There were already four or five anglers on the water.  I started below them and after a few drifts I decided to fish above them,  The river is wide enough to accommodate more anglers here as you could basically wade most if not all the width of the river.  Though I didn't try this, I did make it about three quarters the way to the other side. 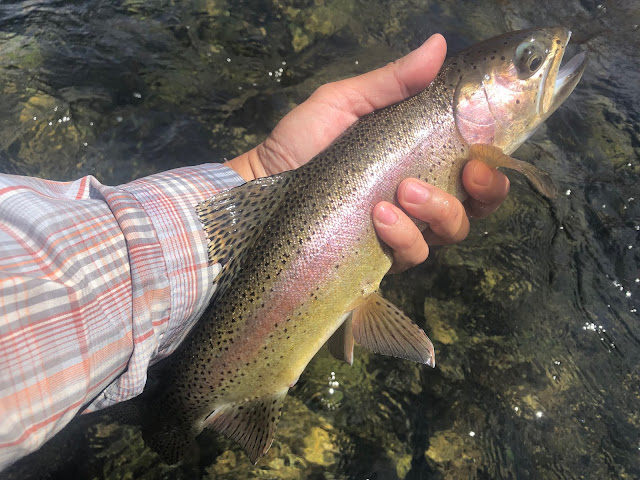 Took me a while to read the water properly.  It wasn't as obvious to me.  Of course some areas were easy but others not so much.  The typical fishy water wasn't producing.  Some of the changes on the water were so subtle that it was not easy to tell what was likely holding water.  So I actually waded out there just to see what each ripple and slack water  represented beneath the water.  I would stand in a slightly deeper hole (holding area for the fish) and would see what it looked like on the surface and then proceeded to fish similar looking water.  This proved helpful and I would finally get my first fish in one of those slightly deeper holes.  We gave up at around noon as our original destination of Sedona was still on the agenda.

We had planned to fish Oak Creek but in hindsight we should have just fish Lee's Ferry a bit longer.  When we finally made the drive to Sedona it was a zoo.  Every parking lot ever parking space has filled to the brim.  It was almost as bad as out local mountains on a weekend.  After looking over the situation and water conditions it wasn't difficult to call that off and simply make our way home.  After some debate on where to stay, we decided to just head to Phoenix and get a room there to rest up for the journey home.   The following day we set off for South Bay to KB's home.

Posted by gourmetsportsman at 6:54 PM