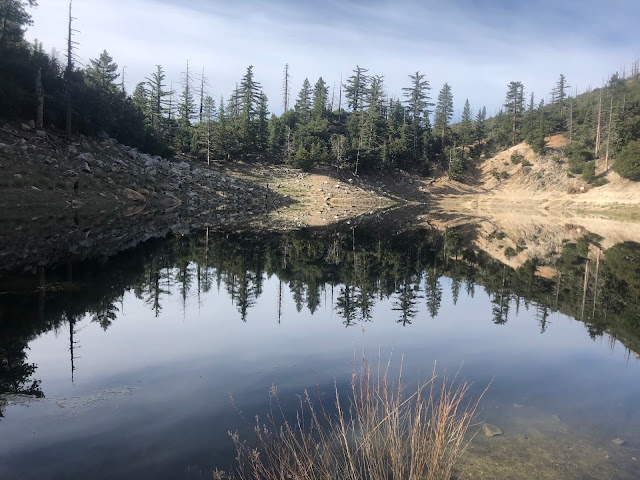 There's a high elevation lake that I've been dying to take a look at for years but the drought put it in a very poor state and so I never checked it out.  With good rain for the past couple years it was time to finally take a look.  I was prepared for loud and obnoxious fishing with larger flies mostly the topwater variety.  But finesse was called for this day.  I was ill-prepared and I had little in the way of appropriate fly and gear for that matter.  I brought a rod that was too big (8 wt) and line that was too heavy (Rio Musky/Pike line).  Whereas I should have been armed with a traditional floating line in a 5 or 6 weight.  I only had one beat-to-shreds chartreuse conehead wooly bugger in my box which seemed to be the ticket until I lost it on a backcast into some foliage.  The fly had multiple grabs but no hook ups.  I kept pulling the fly out of the fishes' mouth.  They seemed to only lip the fly rather than attack it.  Eventually I decided not to set the hook immediately but  rather let him take it and pull away and slowly tighten the line.  Then and only then did I set the hook.  This seemed to be the answer but it was easier said than done. 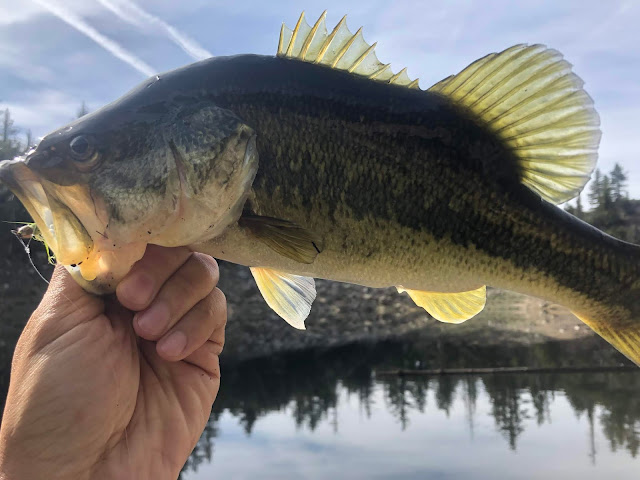 The first bass was early on within the first 10 minutes of so.  Like all the fish it would grab the fly multiple time but it took several times before I could actually set the hook into him.   I lost another after  bass after it jumped and threw the hook.  I would circle around the lake looking for more fish willing to bite.  I saw plenty but none were willing to actually take the fly.  In fact while on the other side of the lake all the fish seemed very skittish and spooked more readily than the fish on the opposite end. 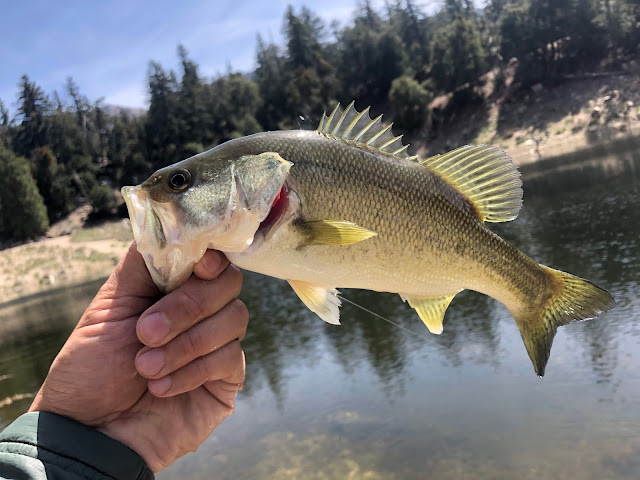 One odd thing was while we were sight casting at all the fish they all seemed to look smaller in the water than the actually were, in fact they looked tiny.  Refraction will do this but the fish I caught seriously looked like they were small trout sized but once I pulled them out of the water they were very respectable.  I made it around the lake again and managed another bass roughly at the same spot as the first before calling it a day before noon.  I caught this one on a krystal conehead wooly in purple that I had to get out of my buddy's flybox. 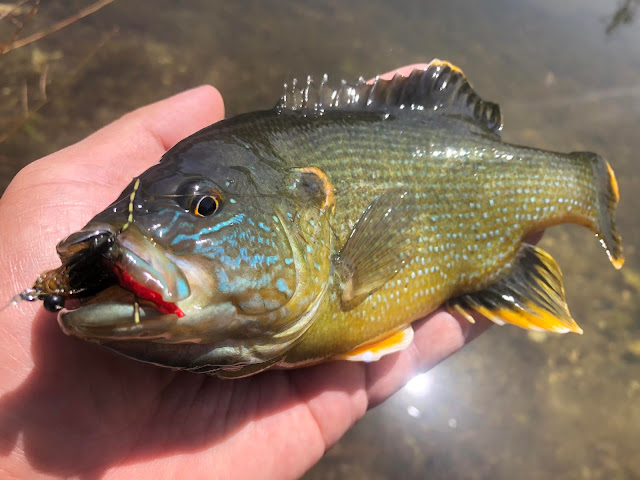 He managed a pair as well but of the sunfish variety, a green sunfish.  No bass were willing to take his presentations.
Posted by gourmetsportsman at 9:23 PM