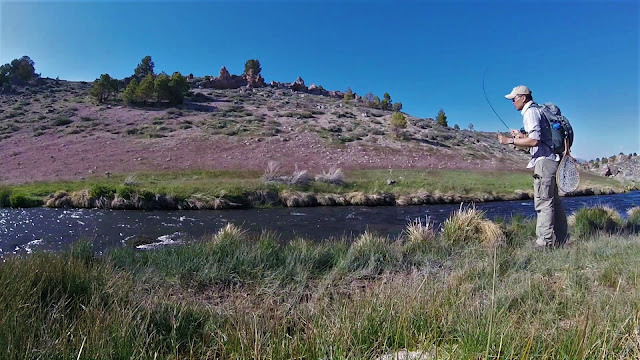 With a 9:30 am planned departure time, I left the house before 7am hoping to beat the LA traffic.  For the most part the ride up the 405 was surprisingly clear with only some pockets of moderate traffic.   I managed to get to my buddy's place in Redondo just past 8am.  After having breakfast at his place while he sent his son to school, we managed to leave on time after transferring my gear into his Jeep.  The ride up also was pretty clear of any heavy traffic. 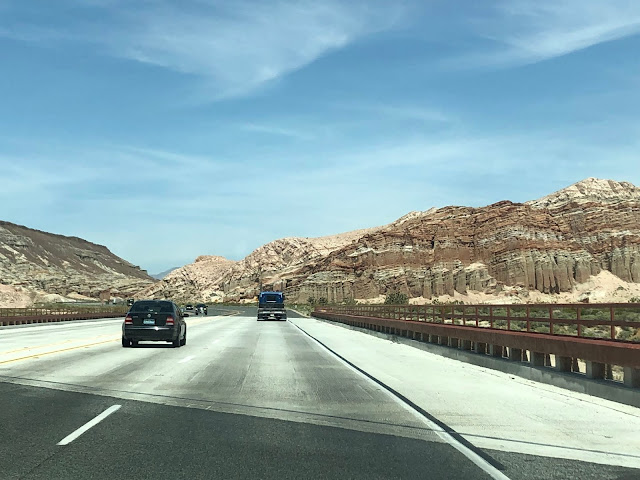 It's been a while since I've taken the 14 to the 395.  This route used to be my preferred way to get to the east side but I started to avoid it as LA traffic is so unpredictable.  So I was surprised (not really) how much it's changed.  Windmills now litter the landscape around Mojave and so do solar panel fields but one stretch remains the same, The Red Rock Canyon area, which still is my favorite.  After a longer than planned lunch at one of my favorite Mexican places in Inyokern, we were on the road again. 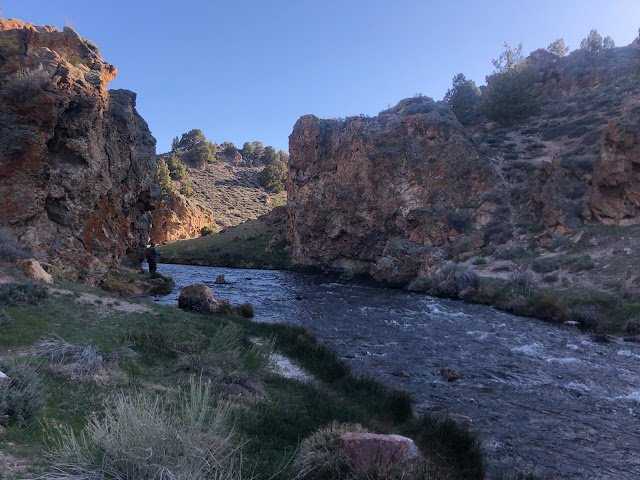 We arrived at my buddy's apartment at Crowley to unpack the food into the fridge and headed to our first destination.  With only a few hours of light and somewhere worn out from the long drive, we decided to chose a piece of water where we didn't need waders and didn't require time consuming set ups.  After rigging up our rods with a dry fly we went down to check out the water.  No surprisingly it was crowded and the wind was howling through the canyon.  I managed to get a fish to rise in between two boulders but the knot slipped as I struck.  We decided to move upstream with about an hour of light left.  There the fish were rising more consistently and it was also less crowded.  I was having a hard time seeing my fly and had to guess whether my fly was taken or not.  With the wind and full gale I was having hard time getting a proper drift let alone a decent cast.  We both left the area skunked having missed several fish.
Posted by gourmetsportsman at 11:34 PM