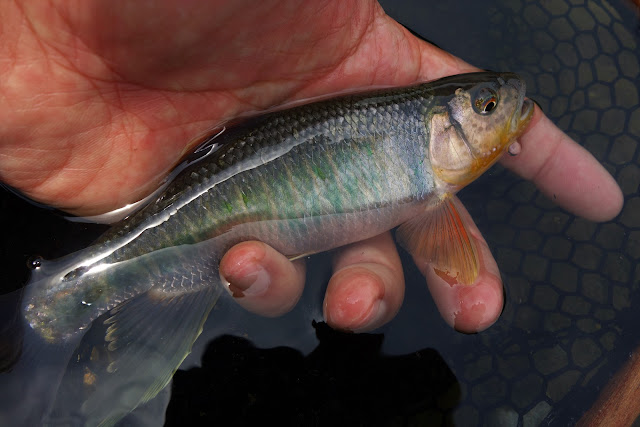 Along with Donny, Cash was one of the few Taiwanese fly fishermen communicating in English over the internet.  So before I arranged this trip I messaged him to see if he'd be willing to show me around some of his favorite waters.  He agreed.  So when I came back to Taipei after Japan I got in touch with him to see if he wanted to get together and fish.  He said he'd pick me up in the city and we'd fish Yilan.  Since he lives in Luodong, east of Taipei, I told him not to bother picking me up and I'd take the bus to meet him in his hometown. 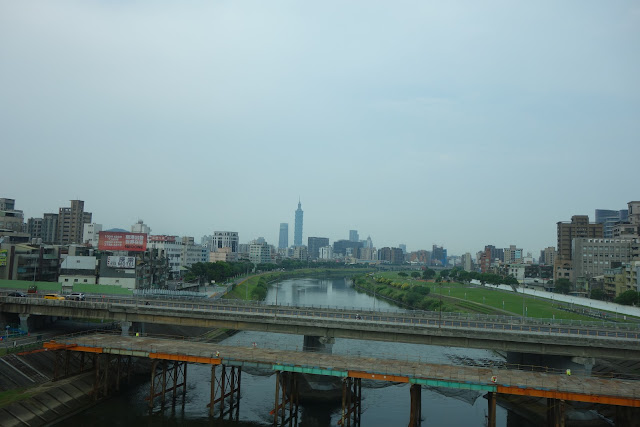 Cash asked me what I wanted to fish, initially while stateside, I told him I wanted a mahseer but now that I'd already crossed that off my list with Donny I wanted something else.  He suggested Zacco or Pale Chub as it is also known. 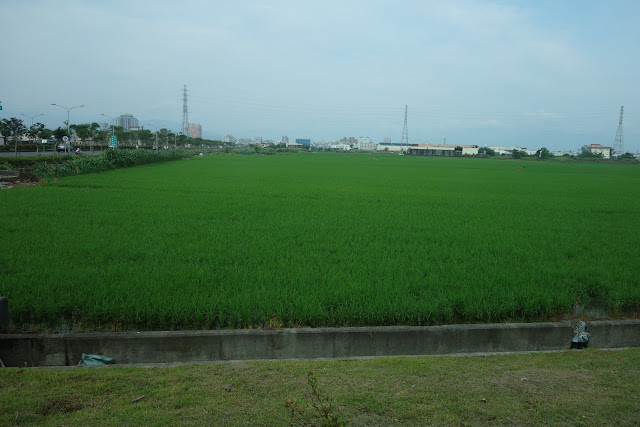 I took the express bus out of Taipei and headed southeast to the countryside of Yilan County to Luodong.  This part of Taiwan is much quieter and slower paced than the hustle and bustle of Taipei.  Home prices and incomes also reflect that.  Much of my view during the bus ride there were of paddy fields.
I arrived in Luodong and waited for Cash to pick me up.  When he did he told me we'd be picking up one of his friends, Zhi Chun.  After picking him up we drove to the outskirts of town and fished a river loaded with various fish. 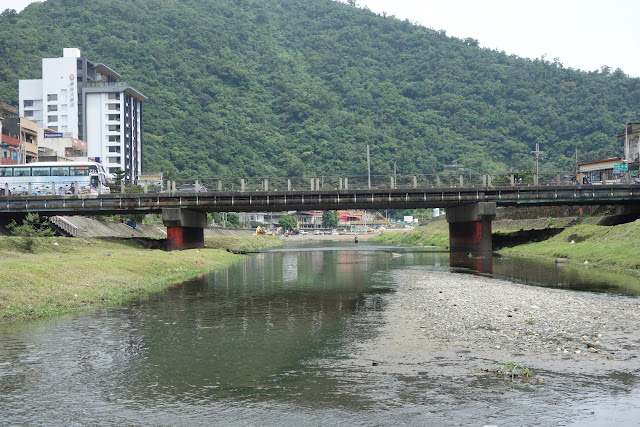 On my first cast and with a dry I managed my fish Zacco.  The colorful version.  I'm not sure the difference between the vibrant version and the more silvery one.  Not sure if its a differentiation of sex or another subspecies.  That said as what seemed like a theme throughout this trip, from my first mahseer to my first yamame to now my first zacco, I fumbled the fish and accidentally released it before I could get a pic of it.  Luckily it was caught on the Gopro. 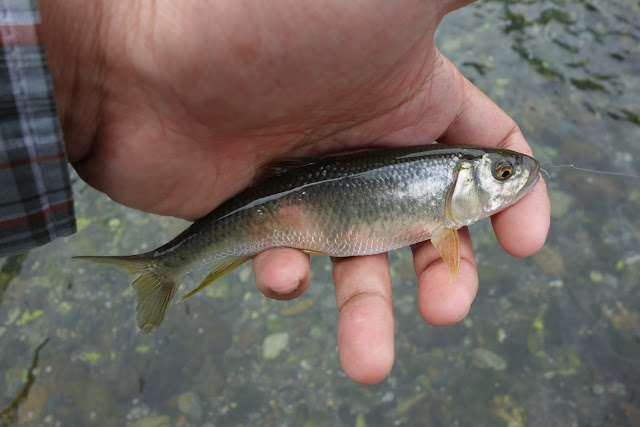 After fishing a half mile or so the dry fly action seemed to stop and Cash suggested I go subsurface.  I tied on a secret fly my buddy Jacob swore me to show no one.  Cash lead me a section of river in between two boulders and said there's  a drop-off holding a ton of fish.  I stood downstream casting upstream and slowly retrieving the fly back.  It was easy picking from then on.  I lost count how many I landed.  Cash moved below me and tried to get black carp to bite but to no avail.  We gave up after a while and headed out for something to eat. 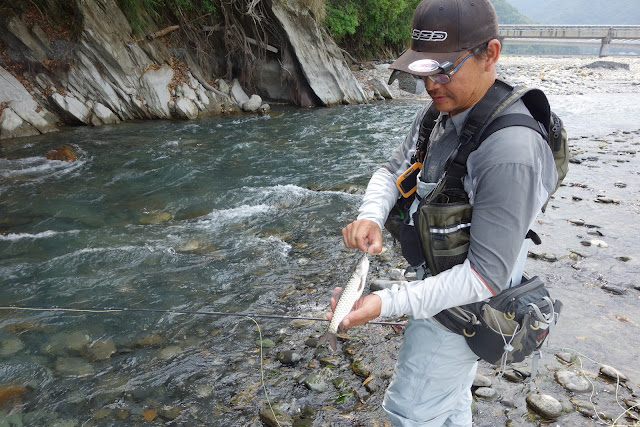 After lunch we drove to another river that held mahseer.  While Cash and Zhi Chun both managed a handful of mahseer I came up blank.  Cash used the same fishing method as Donny.  Casting perpendicular to the current and letting the fly drag with the current.  The fish would either take upon landing or just after the fly begins to drag.  It's counter-intuitive from how I've been taught but it works.  I've seen it.  After fishing Cash dropped me off at the bus station I headed back to Taipei.  On the bus I was sitting next to an American expat from Wisconsin teaching here in Taiwan.  After a talking with him, knowing we had similar interests, I asked him where in Taipei are all the outdoor shops.  I was looking for some Japanese outdoor gear I didn't have time to buy while in Japan.  He told me to go to Taipei Main Station and from there from there they'd be a ton of outdoor shops just outside a certain exit that I've now forgotten.  Funny it took a white guy to tell the Taiwanese guy where to shop in Taiwan.
Posted by gourmetsportsman at 11:08 PM