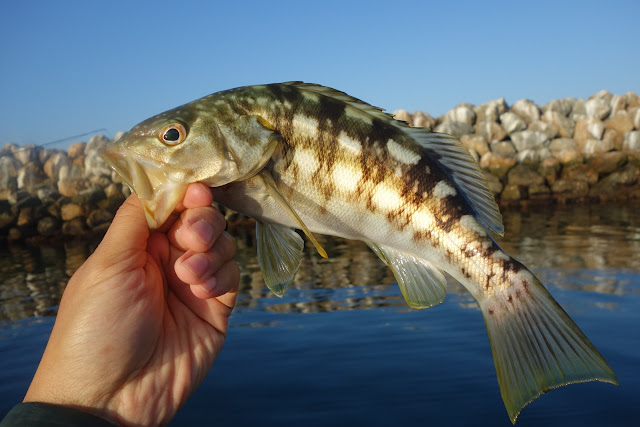 I fished Friday the 23rd at King Harbor with the niece and we managed five dink calicos before calling it quits after less than hour on the water.  Having not checked the weather forecast beforehand, it was simply too cold for her and we came unprepared for such weather. 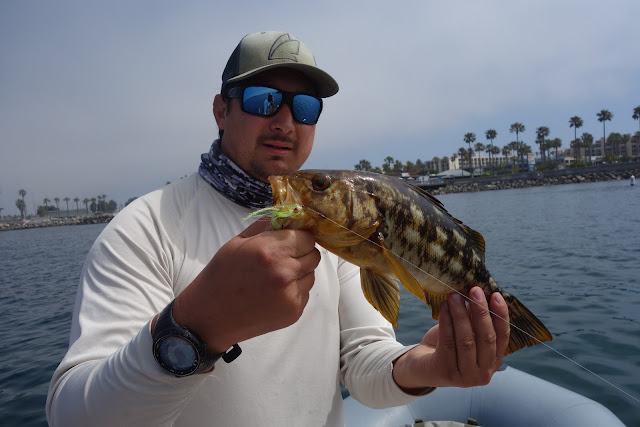 I returned Sunday with a fishing buddy and fished a few hours, we caught numerous calicos most in the dink range but had a few respectable models.  We managed to chase a bonito blitz and had one on and had it to the boat before it popped off at the boat after I was dicking around with the GoPro.   It was larger than the bonito I caught the last trip. 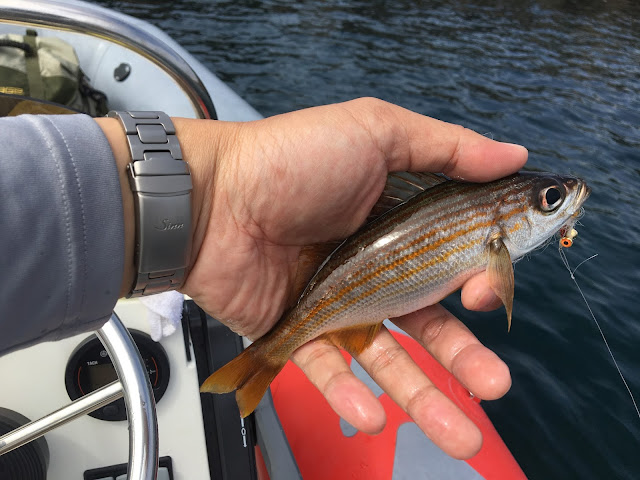 In addition I managed a salema, a rather underwhelming fish, other than it is said have LSD-esque hallucinating effects when eaten.
Posted by gourmetsportsman at 8:20 AM