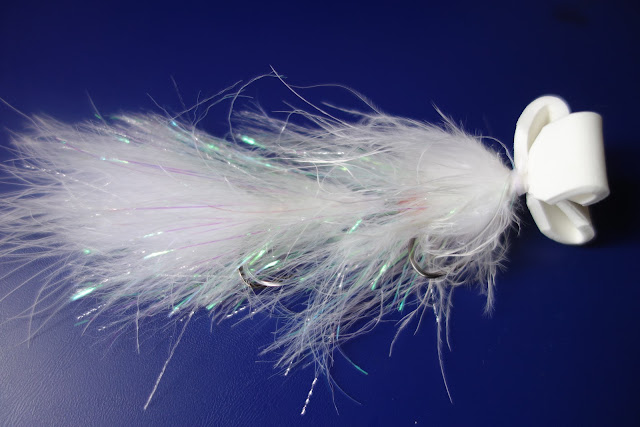 Here is the fly I had success with on the last outing for bass.  This idea came when I was fishing for snakehead in Taipei with a gear angler and his topwater lures were making such a ruckus while my popper fly sounded like a fart from Richard Simmons.  I wanted to create a loud obnoxious fly that moved a lot of water and had a lot features that trigger predatory fish.  It is articulated so it will move side to side but also since only the head is buoyant while paused the fly will sit ass down creating a hinge motion when you start stripping again. 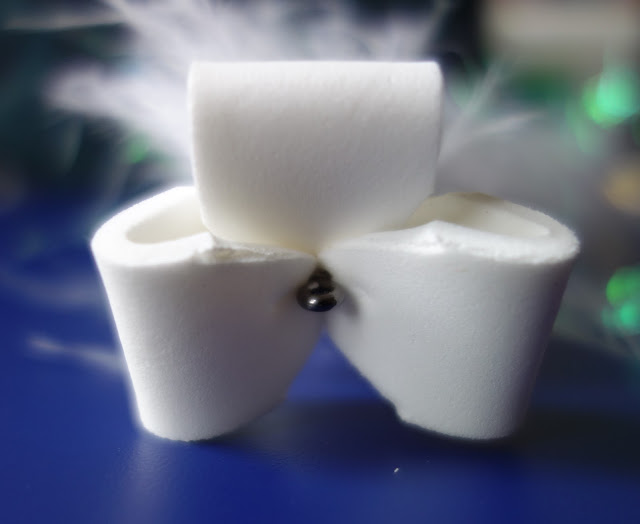 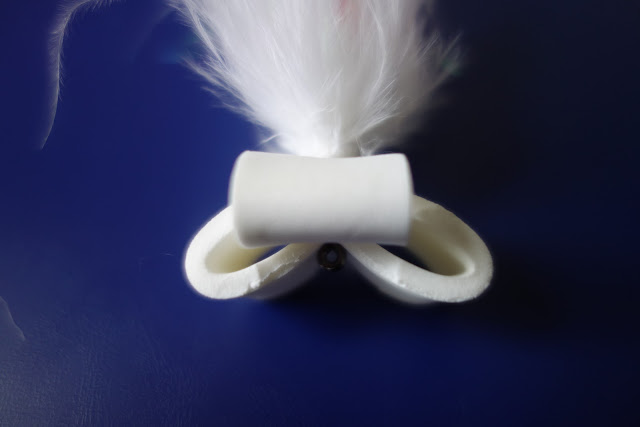 If you don't get the reference to the name of the fly:
If you still don't get it:

I recommend fishing this fly with an over loaded 10 weight with a reverse leader to help with turn over.  What I mean is use the heavy end to the fly and the lighter end to the fly line.  I generally use old 3x-0x used leaders with about 2-3 feet of the tippet end cut off.  Tie the butt end to the fly with a nonslip loop knot.
Posted by gourmetsportsman at 3:24 PM