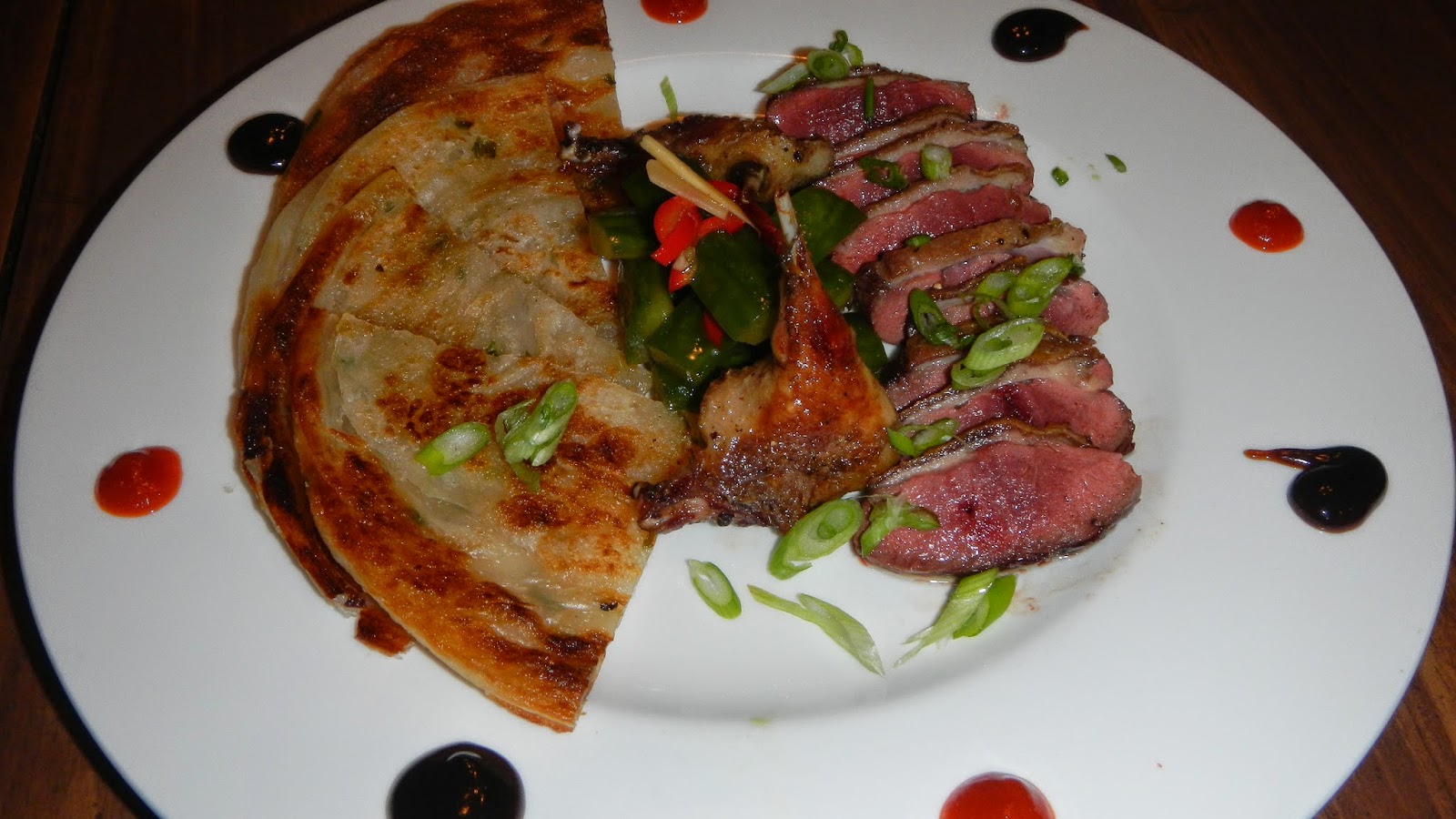 This dish is obviously not Peking duck.  Peking duck's focus is on the crisp skin.  The meat is secondary.  This is just an inspired version of it that is a lot easier to make.  I cooked the breast a in a skillet to medium rare.  Original Peking uses a steamed bun or thin pancake.  I store bought the pancake and used a thick green onion pancake.  You can make them easily by hand.  There are several recipes online if you are so inclined.  I used Hoisin and Sriracha  sauces to finish.

Cut cucumbers lengthwise in half.  Spoon out the seeds.  Cut into strips.  Place in a colander.  Sprinkle with a liberal amount of salt.  Don't worry about using too much you will rinse it off later.  The purpose is to exact as much water so the more salt the better.  In a container place slice one clove of garlic and let it sit in the rice wine vinegar.  Then slice ginger and red peppers and place in the container with sugar.

After about 20 minutes rinse cucumbers with water.  Then grab a handful of cucumbers and squeeze with your hands removing as much a water as possible, continue until the batch is finished.  Place cucmbers in the vinegar mixture.  Add soy sauce and sesame oil.  Place in the fridge and let sit for at least half a day.  The longer the better.
Posted by gourmetsportsman at 10:50 PM