Another brilliant idea, let's not sleep for the next two days and fish our asses off in 100 degree heat.
Since we were fishing Barrett the next day we wanted to get off the river by early afternoon so we could rest up and be fresh for the next day.  As it always happens we lost track of time and got out late and was stuck in traffic much of the way home but I'm getting ahead of myself. 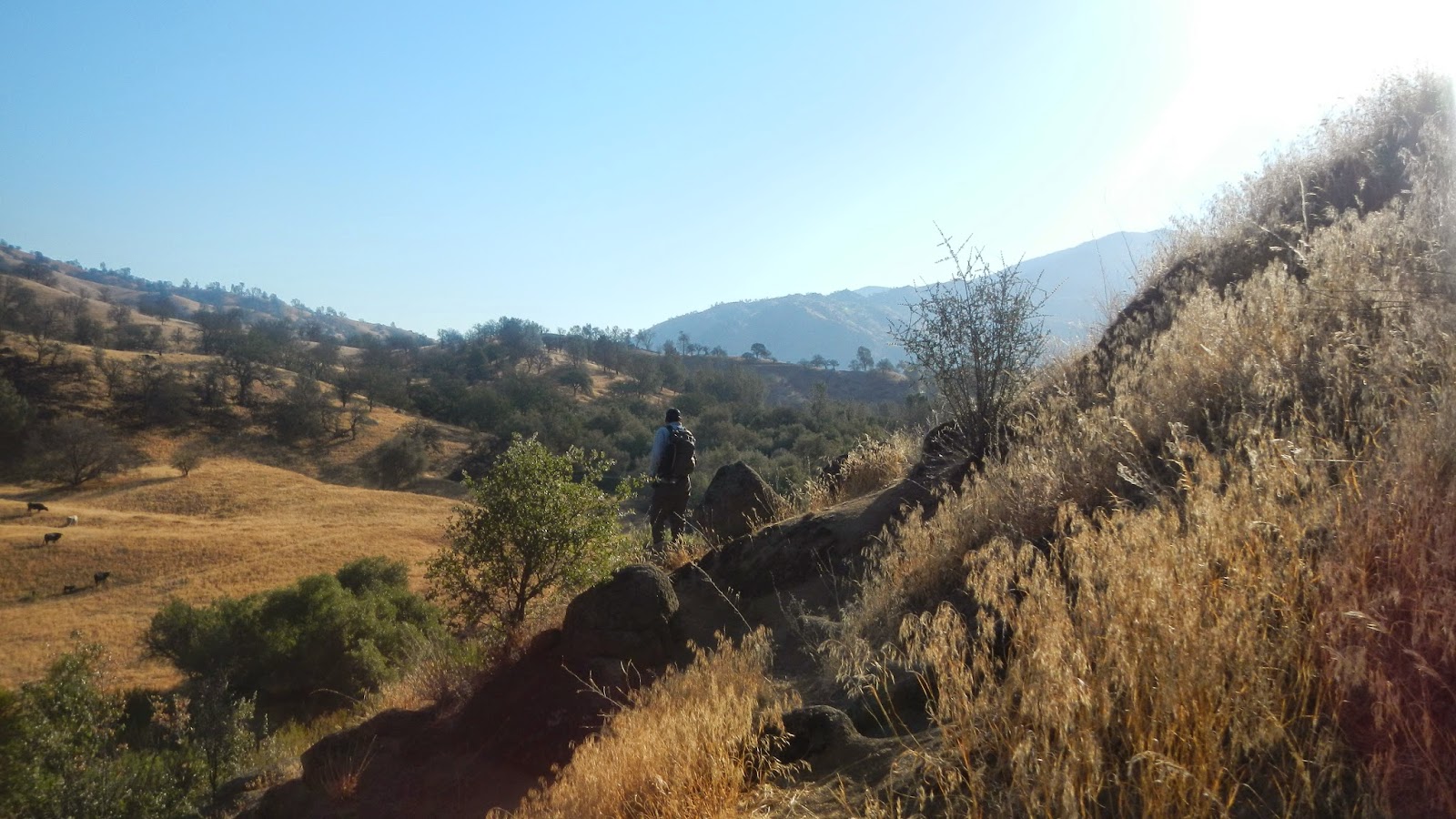 I've caught a handful of smallmouth, none of any significant size, but I've never caught any in moving water.  Chul had never caught one period.  So we both had a mission to accomplish.  A trustworthy source let us know that the smallmouth fishing was fishing well in one of the few Southern Californian rivers that hold them.  This piece of intel was confirmed by the local flyshop that services this said river. The original plan was to fish Barrett on Wednesday and fish for smallies on Saturday but like most of our plans, this one went to shit.  For workweek convenience, we decided to make it a three day weekend and fish Friday. 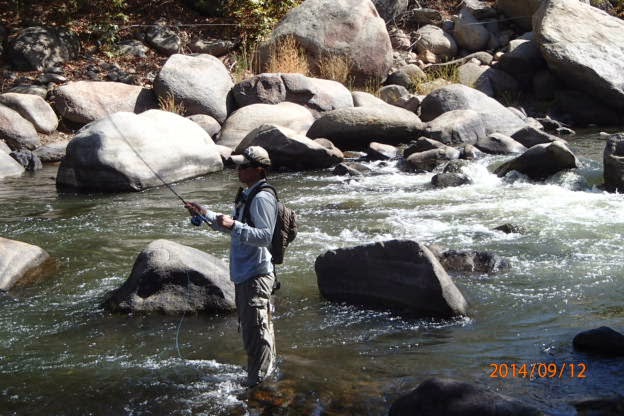 With about three hours sleep I headed to Chul's house to begin our weekend of bittersweet bass action and we drove north in search of smallmouths.  After a quick bit to eat on the road we arrived at our destination and hike up a treacherous deer trail along the canyon.  Looking from above we could see the river and pregame our moves.  After finding a way down we fished a riffle and Chul was the first to hook up on a fish.  With violent head shakes he would ultimately lose his fish and potentially his first smallie.  I threw my Shenk's White Streamer along side the riffle and on two occasions a bass struck the fly as it hit the water.  Unable to set the hook fast enough, I lost my chance on my first fish of the day.   In time I was able to get one to stay on only to have it slip off once I got him in view below my feet. 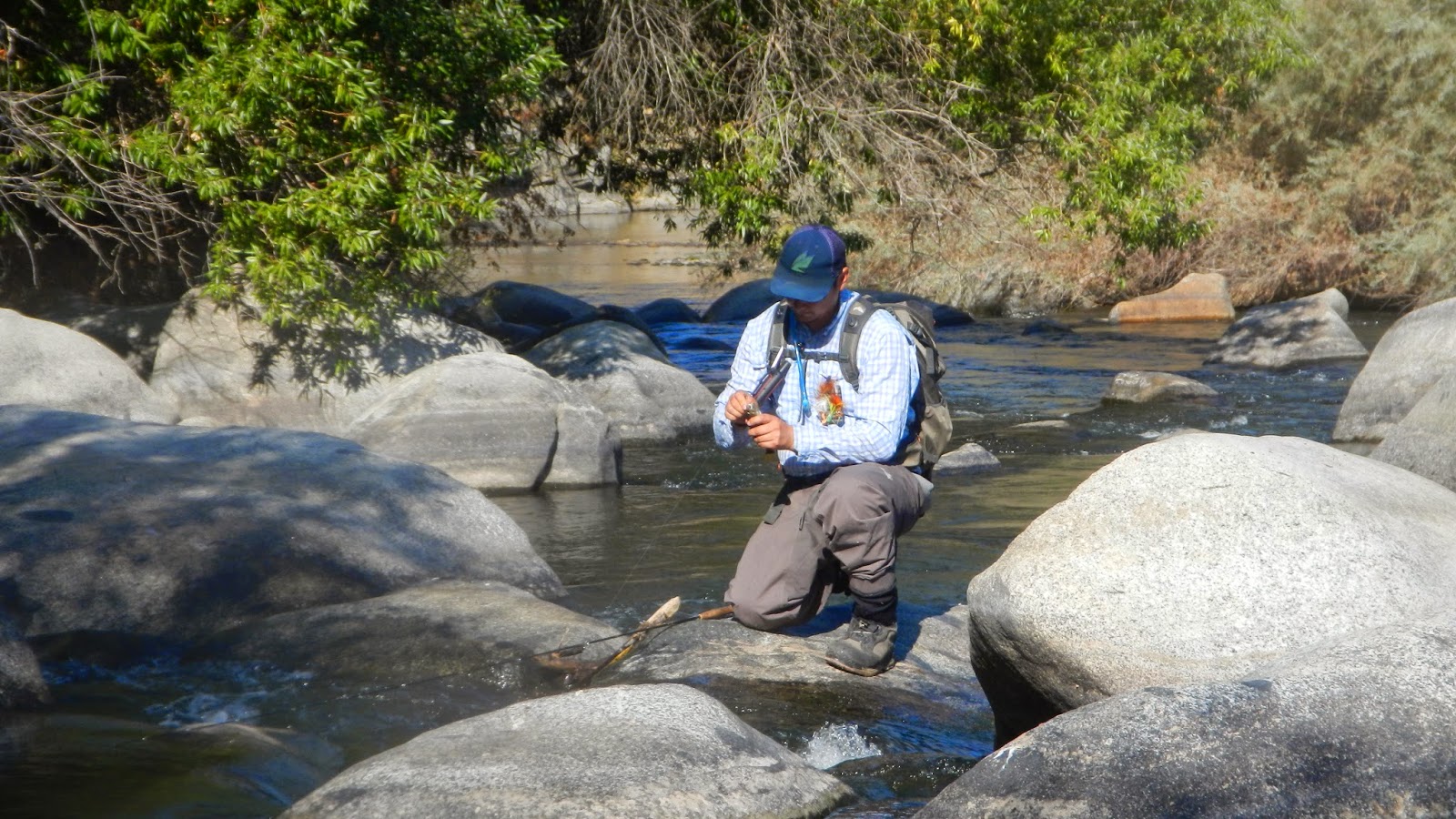 Moving upstream, Chul finally connected with his first smallie.  I continued to have fish take but was unable to either set the hook fast enough or the fish would shake off.  Eventually we made it to a slower run where I finally hooked up on a river run smallmouth, all mine have been lake fish.  When I grabbed it to take a picture he made his getaway.  It was not long after I hooked into another and when I landed him I noticed it was not the quarry I was after but a largemouth instead.  After a streamside lunch we moved along the river catching more fish here and there.  Chul would just miss another goal of both of ours, a pike minnow, when he pulled the fly right out of its mouth. 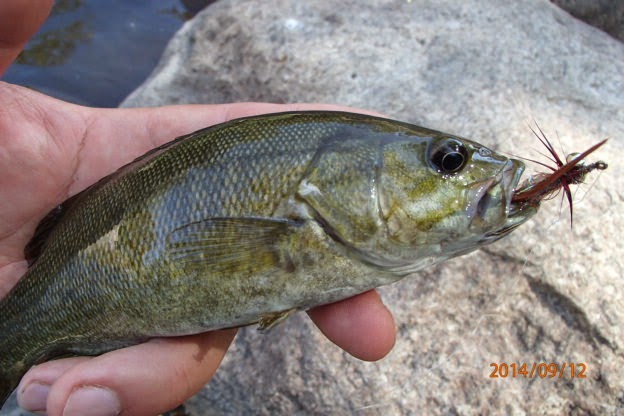 Fishing this river was more treacherous than I ever anticipated.  The river is low but the moss covered rocks makes wading a chore and slow.  The terrain is prime habitat for rattlesnakes.  Mountain lion tracks were found on the trail.  Along with huge piles of  bear scat. The elevated deer trial is a combination of crumpling limestone and  river sand.  I nearly slide down the canyon as I tried climbing out when my footing disintegrated beneath me.  "Great I'm going to die for eight inch fish" I said to Chul as he chuckled. He remarked he accomplished his mission and won't be returning here anytime soon if ever.  I agreed.  Hopefully our next smallmouth would be a legitimate sized one perhaps in one of our lakes or elsewhere such as the John Day. 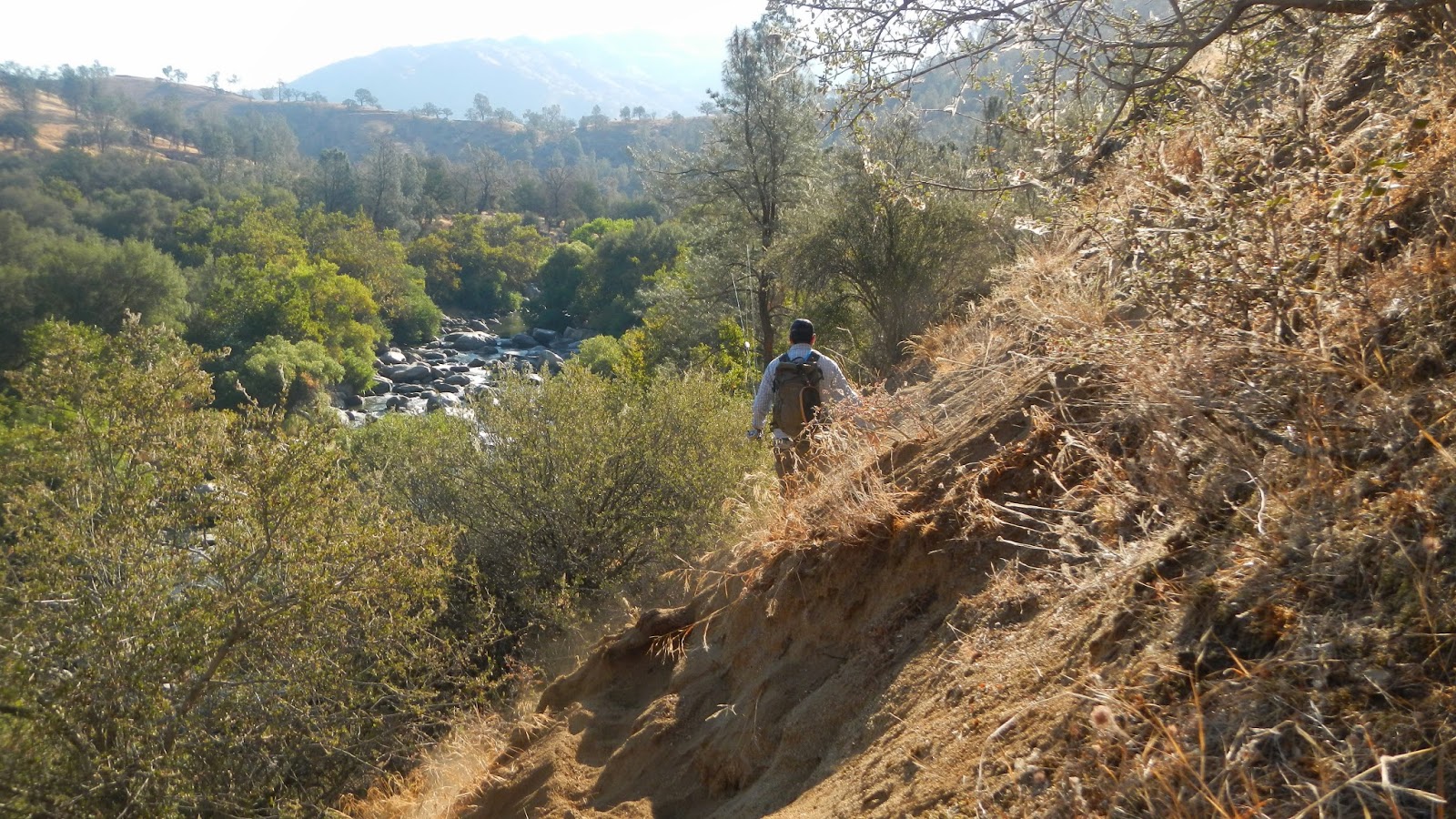 We made it out of there alive and in one piece.  We made it back way later then planned.  I headed home to get ready for the next day.  Initially I had planned to nap in the afternoon and recharge my batteries but that plan was canned.  Chul arrived at my house to pick me up at 10pm to head down south now.  We arrived at the gate around 1am and we slept in his Nissan until we were allowed entry.  The story continues...
Posted by gourmetsportsman at 8:48 PM