Barrett Blitzes.  Wolf Pack Attacks.  Whatever you want to call it, bass chasing shad boiling the surface makes my body tingle.  For the whole time we were fishing we were into the blitz.  Freshwater fishing has never been so much fun and action packed.  I had heard stories back in the day when people were catching over 100 fish a day in Barrett on a regular basis, those still happen but these were mostly gear fishermen and they spent the entire day (5am-7pm) at the lake to do it.  Today Chul and I did it on the fly in 102 degree weather.  Brutal.
After fishing yesterday morning we raced down to San Diego at midnight for another suicide run.  For the second day in a row we would only have three hours of sleep, not nearly enough time to recuperate from the previous day's fishing.  Chul is hardened from a third shift work schedule.  I, on the other hand, am not.  I'm soft and while I can do one day of three hours of sleep, I can hardly do two consecutive days of it.  Let alone do it exerting myself on triple digit weather.  I need my eight hours of beauty sleep.

By 5am the lake manager let us in and after unpacking the truck and setting up the boat, it was closer to six.  We started with topwater, Chul with a large Dalhberg Diver and myself with the same large rattling fly I used the last time to land a five pounder.  From the first cast, I knew the lack of sleep and exhaustion was going to affect me and my casts all day were pure shit.  Chul missed a huge grab that could have been the fish I caught the last time.  I managed two on top and missed a few before I switched to a slighly smaller rattling hard foam frog fly but still be enough that required a 10 weight.  I thought my casts would improve with a slightly smaller fly but my casts were still ugly but capable. 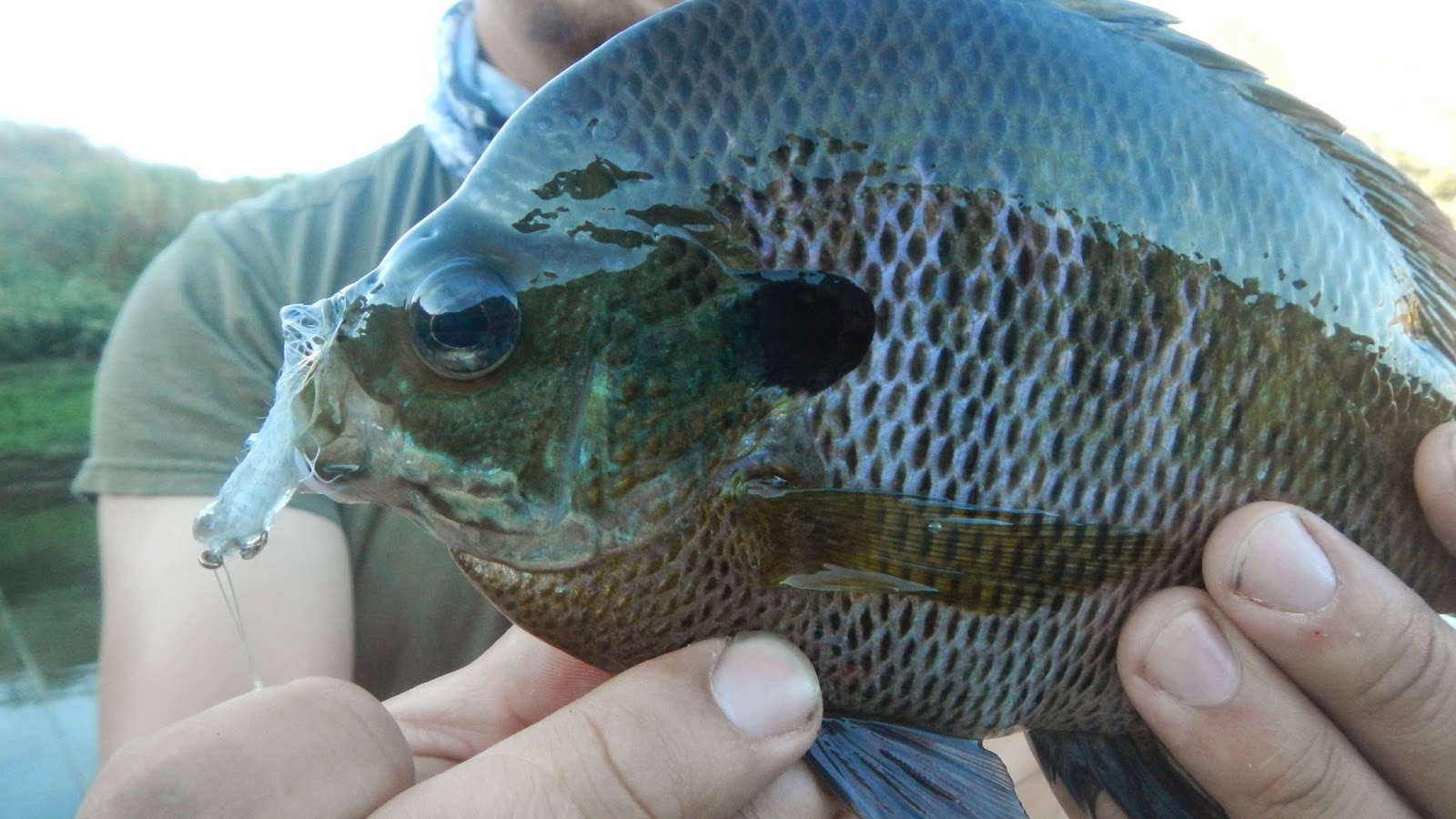 Once the sun began to shine through the mountains, we switched to sinking lines.  Chul managed a bluegill as I tried a few patterns before settling on a floating minnow fly on my 350 grain nine weight.  We moved toward Hauser and at the open we trolled slowly into a Barrett Blitz. Just in this spot we pulled at least another ten fish. 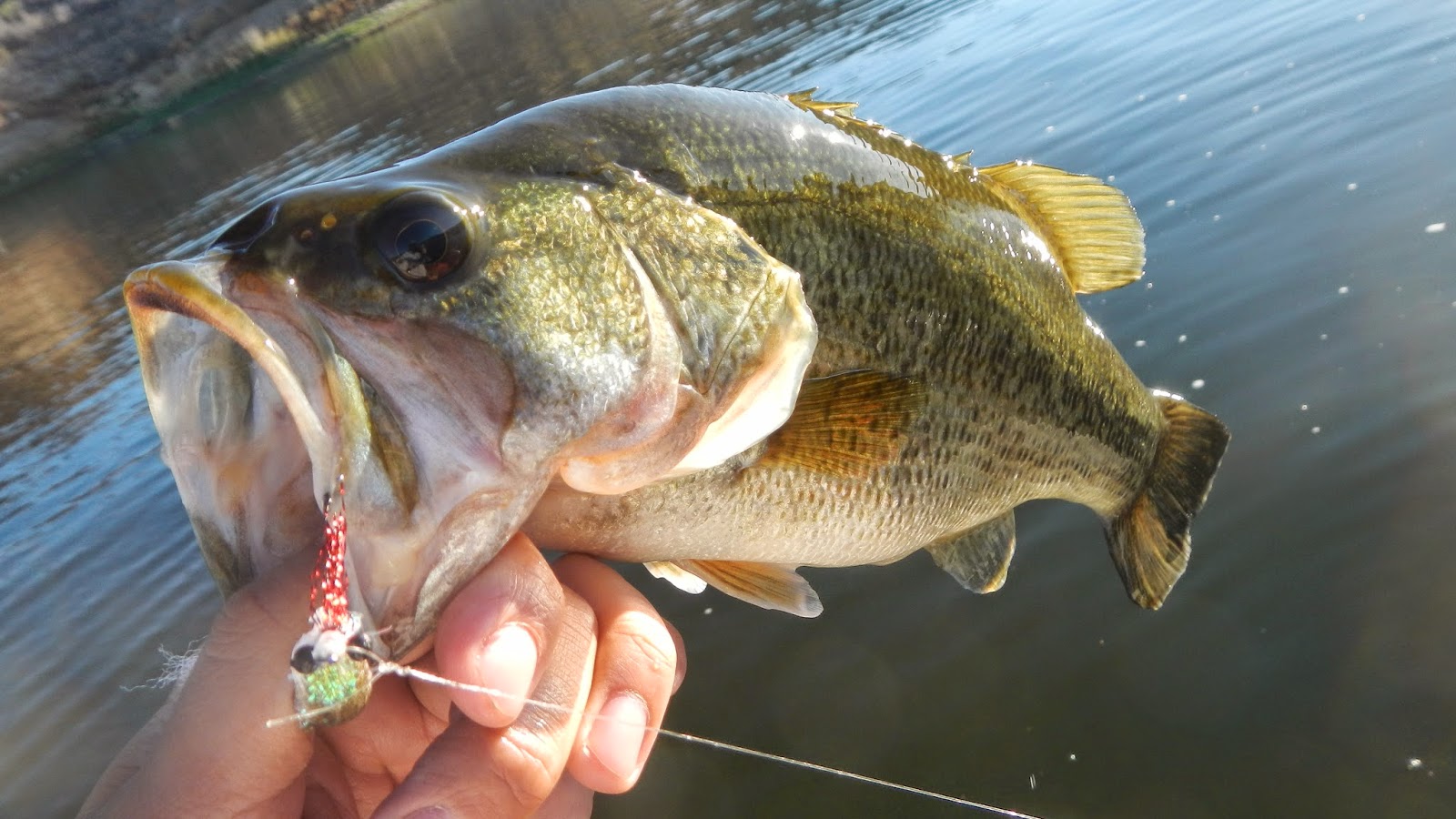 After this area slowed down we the arm and with my minnow fly now mangled I switched to the seven weight armed 250 grains and my Shiny Guy fly.  Once down the arm we found another wolf pack group.   We didn't have to move in this area for a very long time as the bass were feeding all around the boat.  At one point I had a fish on on every cast.  By the time we moved out of this area we must have increased our catch rate to forty or fifty. 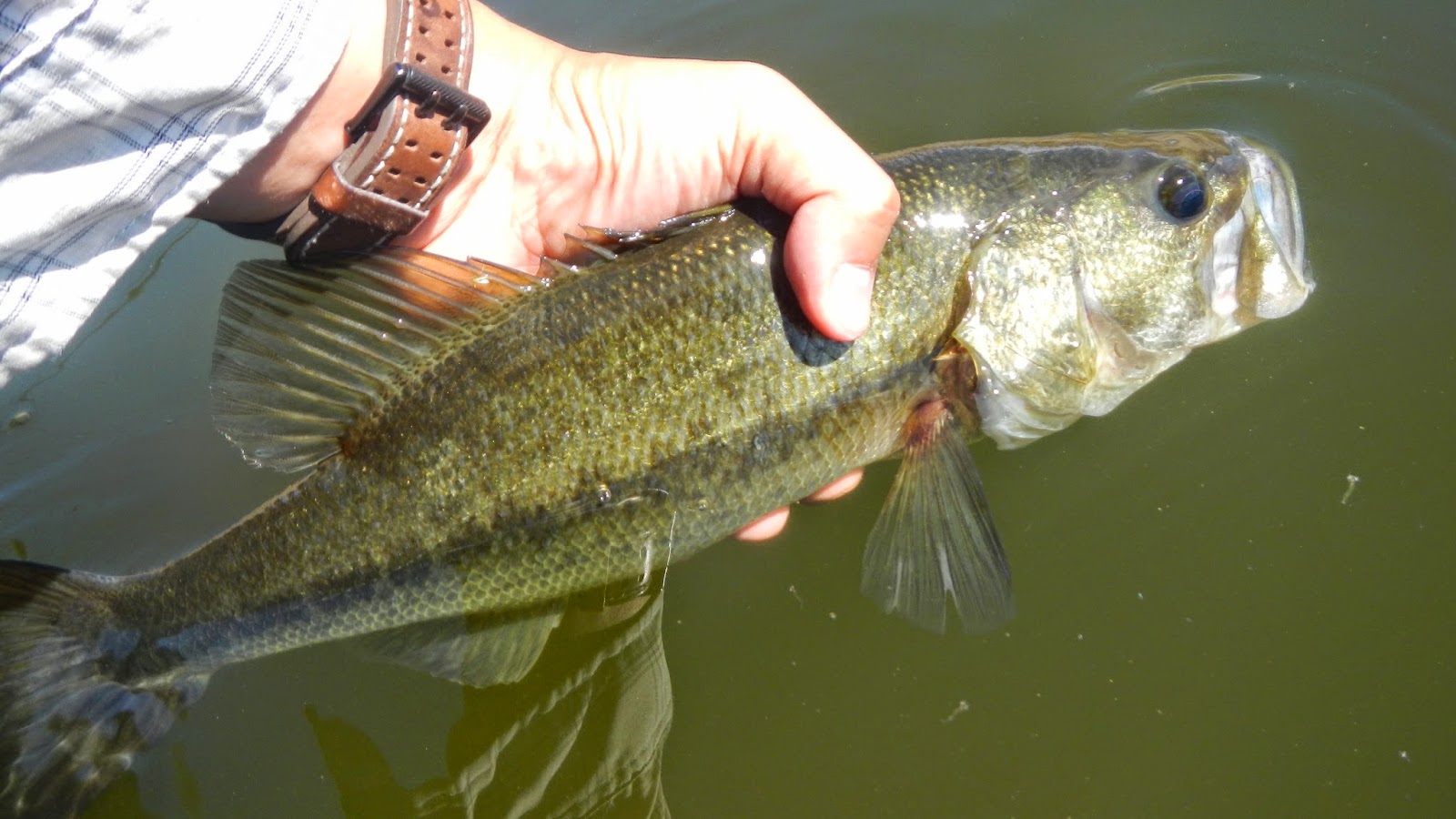 We continued down the arm and by this time Chul's shad colored closer was just a few strands of bucktail.  He asked for a shad pattern and I gave him a Shiny Guy.   For a time his catch rate plundered to nothing as I was still catching fish.  I then switched flies myself to Shenk's White Streamer once I did that my catch rate slowed and his increased.  He later confessed that he thought I initially sabotaged him with a bum fly.  I give him the best fly in the box and this is what he thinks. What an asshole. 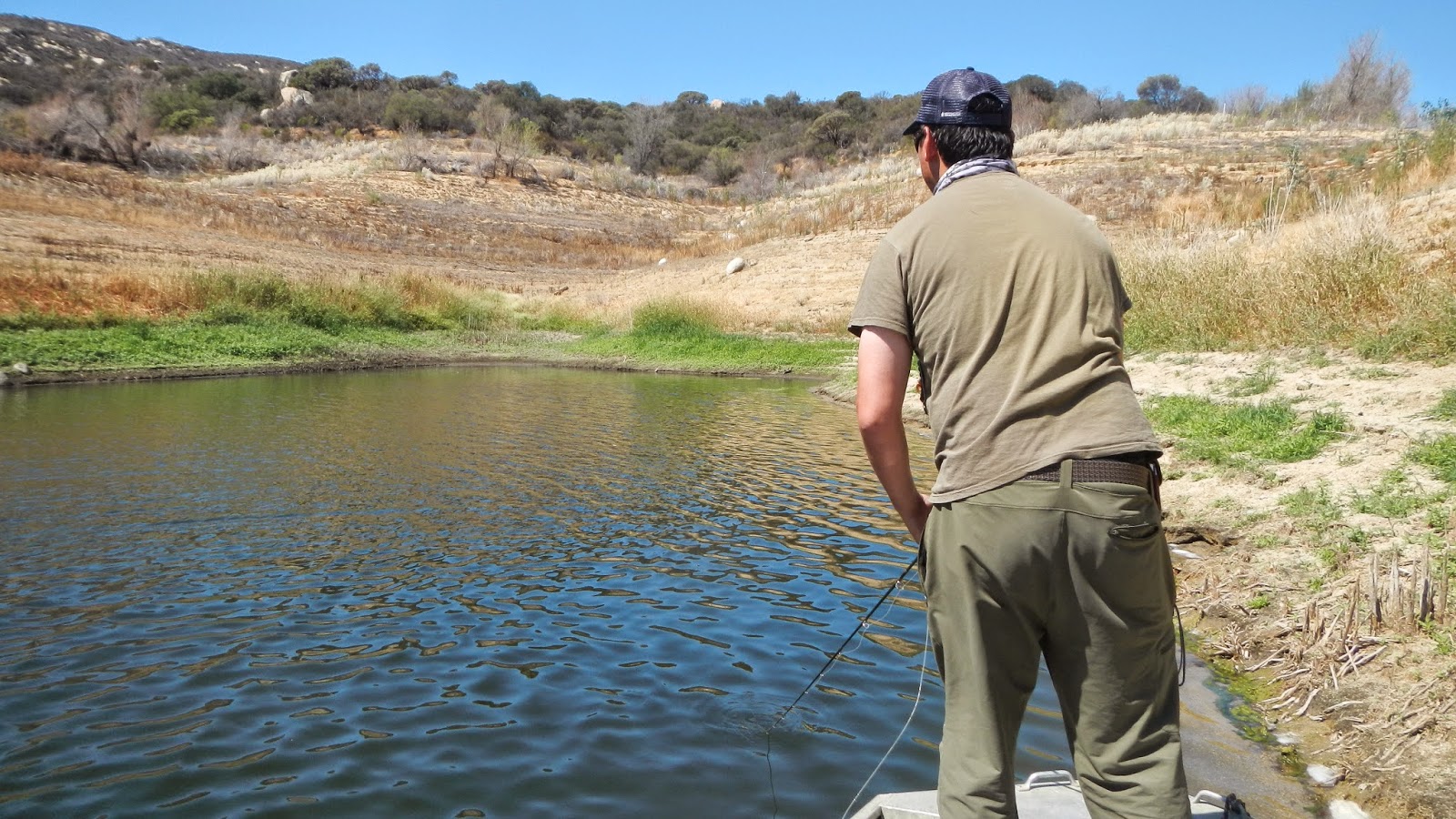 Seeing Chul catch fish after fish I too switched back to the Shiny Guy and my catch rate increase back.  By this time I had enough of looking at this section of lake and moved us out of there. 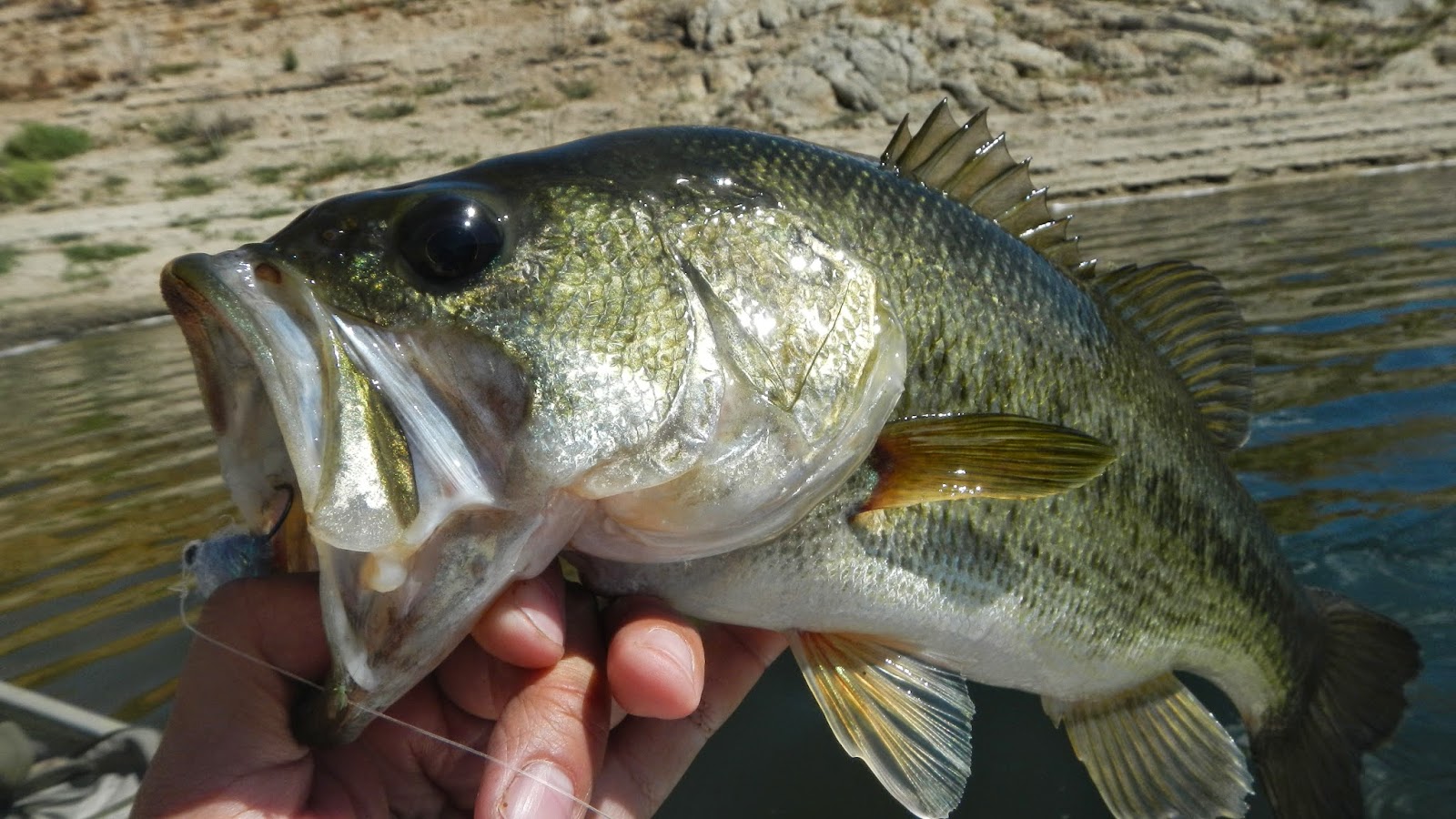 The wind was starting to pick up significantly so I tried to find areas to shelter us from it or at least minimize the drift on the boat.  By beaching the boat, it allowed us to cast into a huge drop off where we sticked more fish.  Boils continued around us.  When the action stopped we moved toward closer to the marina.  Almost each cove gave us more blitzes and more fish including some of the bigger ones.  We fished multiple blitzes throughout the day and ended the day around 1pm.  At each boil we could pick up anywhere from a handful to twenty bass.   None of our fish were pigs by any stretch of the imagination but they were respectable at up to two and half pounds.  All were strong, healthy and hard fighting.  Action was fast and furious akin to a wide open salt water bite.  There was no need to slow strip the line instead we were ripping them as fast as we could.  I have no doubt we had 100 bass to the boat.  After much struggle this fishing season its nice to finally have an epic bite.  Unfortunately I was only able to capture a fraction of the day's action as I forgot to erase some of the previous fishing trips off the memory card. 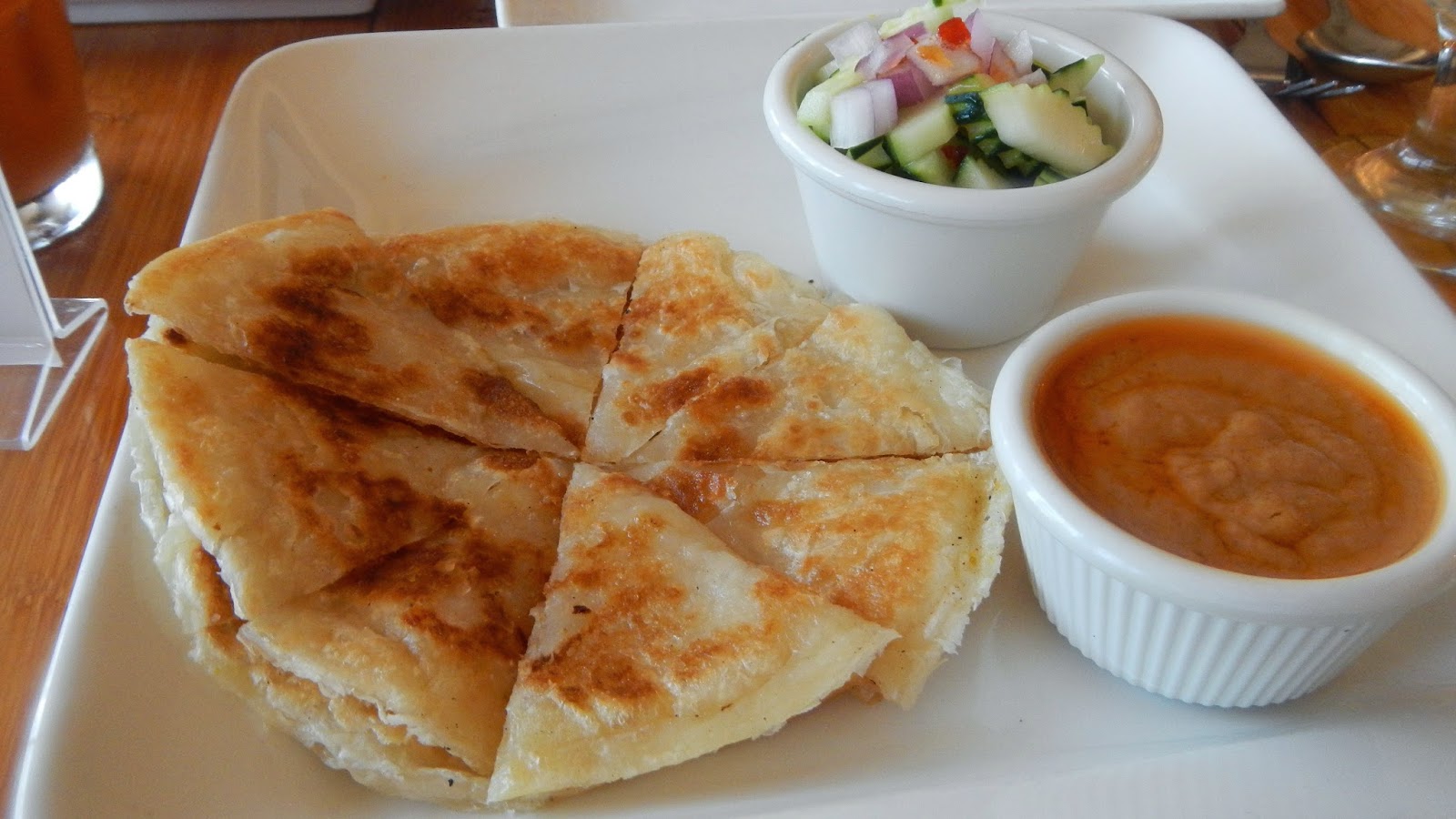 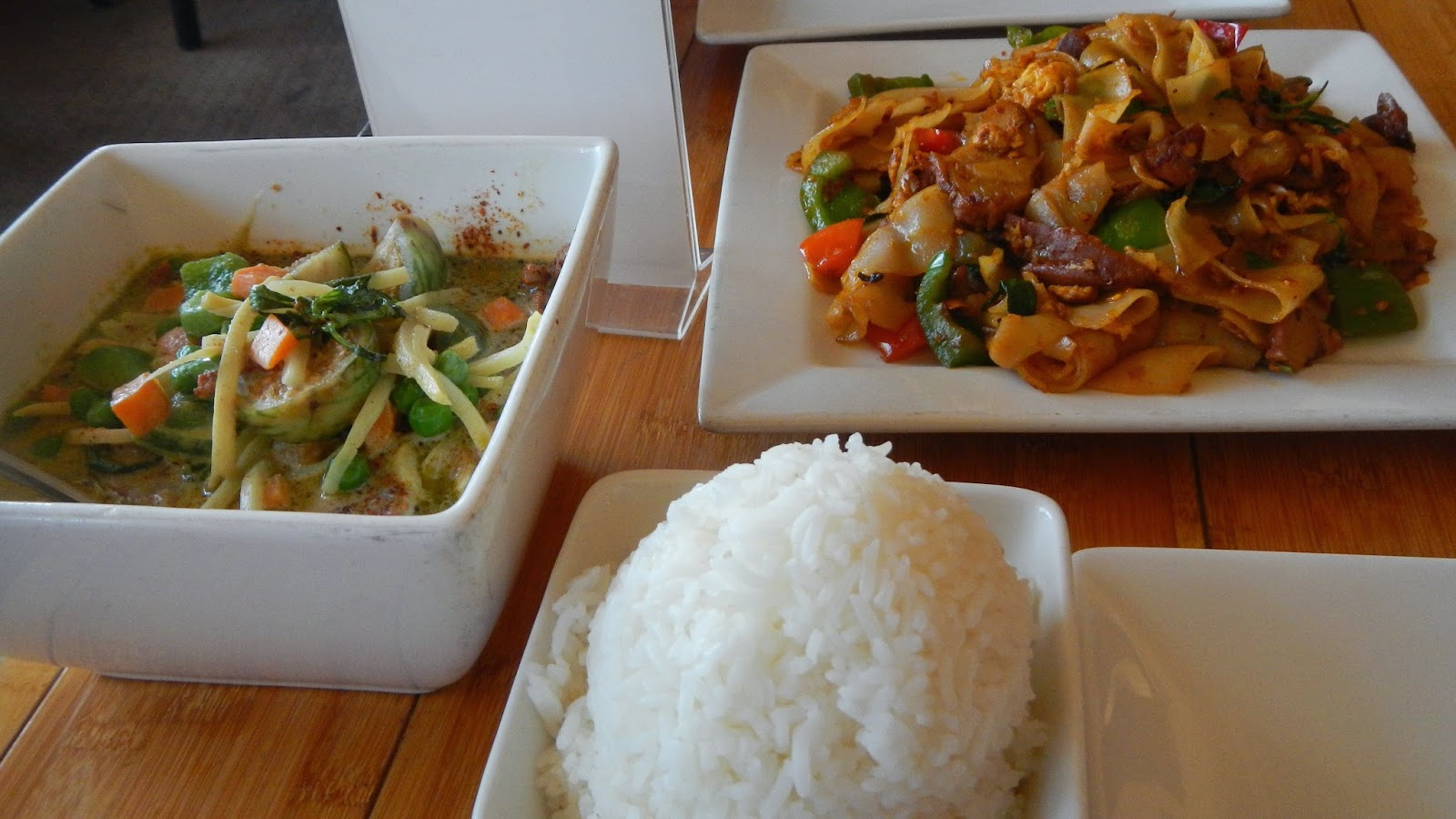 Thai food at Taste of Thai was for lunch and was appropriate to follow the "hot" theme of the day.  On the menu today: for appetizer we had Roti with peanut sauce and cucumber salad, for the entree we had pork green curry and pork spicy noodles.  It was a grueling but rewarding two days.   I'm now recuperating from the lack of sleep and being beaten down by the 100 degree sun.  I can still feel the feeling of the tug in my hands and fingers.  Spectacular.
Posted by gourmetsportsman at 3:16 PM